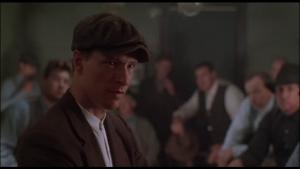 John Sayles wrote and directed an instant American classic with Matewan. In 1987, with Reaganomics and Wall St greed rampant (sound familiar?), with Communism still the great ideological enemy, Sayles reminded us of the value of community. Social realist films that break into the mainstream are a rarity indeed, and America has a shamefully scant record in left leaning cinema, but this film works on every level, as a powerful political tract and as superbly crafted drama.

The story is so remarkable it can only be true, and so it was that Sayles based his events around the Matewan Massacre of 1920 in Mingo County in the verdant hills of West Virginia. In a tiny mining town like Matewan, everything belonged to the all powerful company, in this case the Stone Mountain Coal Company. They own the land, the houses on it, they even pay their workers not in legal tender, but in company scrip, redeemable at the company store, which then charges inflated prices on the goods due to the monopoly. Disputes are settled with force and the company has no tolerance for dissent. In this environment after years of exploitation and many deaths in the mine due to unsafe work practices the workers finally look to organise into a union to force the company to change their ways.

Into this powder-keg situation comes Joe Kenehan (Chris Cooper), a union organiser for United Mine Workers. Sayles has the good sense to wash down a polemic with a compelling story and Joe is both our eyes and the human face of the tale. Arriving on the same train as the black workers who are unwittingly being brought in as strike breakers, Joe sees the miners stop the train and try to beat up the ‘scabs’, amongst them Few Clothes (James Earl Jones). Joe takes a room with a miners widow Elma Radnor (Mary McDonnell) and soon joins the secret union meeting. The mood is angry and the men want blood, Joe is a voice of calm and reason saying violence is what the company wants, to use it as an excuse to crush the movement. Few Clothes arrives at the meeting and all kinds of prejudices are exposed. In a beautifully rendered speech, Joe tells them if they don’t accept the black workers into their union then they’re not a union, they’re a ‘god-damned club’. It is a rivetting and telling moment and says much about the promise of solidarity to help bring about some measure of race equality 40 years before the civil rights movement, alas, a moment unrealised.

Joe, together with a couple of local union men attempt to recruit the other bloc of  scab labour, the Italian immigrants. Once the lines are drawn the Company brings in some out-of-town Agency thugs to evict the workers from Company owned houses, incurring the wrath of the local law, Sid Hatfield (David Strathairn). Hatfield sees the issue in terms of fairness and even though he threatened Joe to toe the line, when his own townspeople were being menaced he lined up against the Company. The thugs shoot up the makeshift tent camp that the evicted miners are using, and violence seems to be the only satisfactory response for the men, against Joe’s counsel. His stance is used against him by an infiltrator who convinces the miners that Joe is a Company plant, as well as a rapist of a local woman, and they draw lots to elect an assassin. Few Clothes draws the short straw. Joe survives the plot against him as more Agency muscle arrives in town determined to carry out more unlawful evictions. Hatfield lines up against them in the main street and the armed miners wish for a confrontation comes to pass.

Sayles walks a fine line between the easy option of overly demonising the Company, and composing a hagiography for the miners. The evil the Company men do is banal, they are after all just workers too but on the other side of the divide, and the money men are never seen (it was ever thus) and the miners are self interested and xenophobic. The other commercial choice he avoids is to impose a love story between Joe and Elma, when the attraction the pair enjoy is obvious. Elma is a woman who has lost one husband who ‘talked union’ and now fears she will lose her son Danny (Will Oldham) who acts as the voice-over narrator, albeit as an old man. The women of the town bear the brunt of the suffering, mostly stoically and bravely, never knowing if the cold, dark mines will claim their loved ones, but giving caring and unwavering support. Joe is a free thinker, who had done time in gaol as a conscientious objector to the Great War, and now fights for fair rights for the working man, in a time when solidarity meant hope for huge parts of the world. The connection between Elma and Joe is understated and tasteful, and beautifully acted by Cooper and McDonnell, giving the film a rich emotional centre.

Sayles himself plays a hellfire and brimstone preacher, denouncing unionism from the pulpit. Danny is a would-be preacher, and the role religion plays is a curious one. Danny is torn between what he sees as unfair exploitation by the bosses, and support for that system by a church which despises Communism and ‘reds’. For all the Christian cant about equality, when push comes to shove there is precious little to be seen. As one South American Bishop said recently ‘When I feed the poor they call me a saint, when I ask ‘why are they poor’? they call me a Communist’.

The period detail is superb and the cinematography by the brilliant Haskell Wexler is never less than convincing, poetic and atmospheric. The performances are uniformly solid, Strathairn a standout as the quirky sheriff, and the sense of place is palpable. Sayles has created art from history and both disciplines are served well. The facts about what happened are amazing and even the postscript involving Hatfield’s assassination by Agency men out to even up the score defies belief. Matewan is one of the finest humanist dramas made in recent times and a testament to a struggle that still continues, the inequalities between capital and labour. John Sayles has made a number of fine films, but this one is his best, an important and far reaching one that speaks with wisdom and insight in a voice honey rich in the hard won lessons of history. 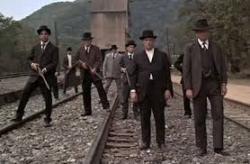 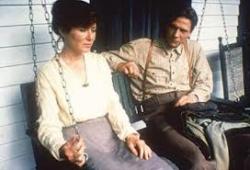 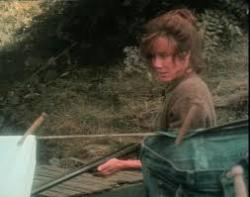