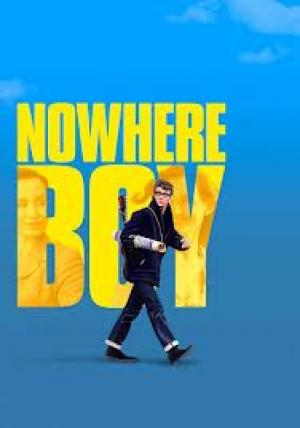 Sam Taylor-Wood has produced one of the best 'Beatle' related films in 'Nowhere Boy', a sub-genre admittedly not particularly well served so far, in telling the story of the young John Lennon and his relationship with his mother and aunt. Films based around the story of the Fab Four Liverpool lads have mostly been low budget, try hard efforts with second-rate actors and no directors of note. Taylor-Wood comes from an arts background and used first-rate actors and a solid screenwriter, remarkably realising a fully mature film at her first time at the crease. The art direction and look of the film is evocative and involving, allowing easy immersion for the viewer in the 1950's world of the Beatles childhood suburbs. The script was based on the autobiography by Lennon's half-sister Julia Baird, and written by Matt Greenhalgh, who'd enjoyed success with the biopic of Joy Division singer Ian Curtis in 2007 with 'Control'.

Taylor-Wood starts with a nice reference to 'A Hard Days Night', a young John Lennon (Aaron Johnson) running solo through a city street, with screaming girls heard but not seen, as the strains of a suspended 7th chord trails off. John is only dreaming, his Aunt Mimi (Kristen Scott Thoma) spoils his day by waking him, nothing to say but it's ok. John's bicycle takes him down 'cause he's going to, Strawberry Fields, actually he ride past it on his way to school. John and Uncle George have fun with a radio while Mimi takes tea, and George gives John a harmonica. We see a series of small vignettes of life at Mendips, a home in the middle class suburbs of Liverpool. Mimi is a stitched-up middle- aged woman, caring for her nephew as a parent, until John re-connects with his mother, Julia (Anne-Marie Duff). Julia is the opposite of Mimi, full of life and fun, and soon John is enjoying her company more often. Gradually, the real reasons are revealed as to why Mimi took John into her care, and a struggle to make the three-way relationship work ensues.

The sequence of events is slightly out of kilter with the film, as Lennon went to live with his mother at age 11, and a couple of details are incorrect, but the feel and mood are resonant and authentic. The 'artistic' license of having John deck Paul McCartney may play well as drama but it never happened. John was an occasionally violent teenager, but he never struck Paul as depicted, a note that will ring clangingly false with Beatleologists. Apart from these minor quibbles, the film is a beautifully rendered portrait of a pivotal time in a young man's development. Lennon is at a point in his young life where his Elvis fascination met the personal upheaval of the battle for his loyalty between the two most important women in his world. Rock and roll is his escape and his passion, but it's Mimi who tells him that it's also a euphemism for sex, setting up a dichotomy between associating a woman with betrayal and with excitement. All of the conflicting and contradictory impulses in the man the future John would become are encompassed in that idea.

The detail of the film is mostly spot on, the songs that John learned from Mimi, the meeting with Paul and the fumbling towards a musical future, are all handled deftly and with great flair. Mimi is shown to be authoritarian, and she had a handful to deal with in the tearaway teen that John was, but then her position, revealed to be a difficult one in light of her younger sister's behaviour, is shown with some sympathy. "She'll hurt you", she tells John, and in that single moment, delivered superbly by Scott Thomas, her love and frustrations are revealed. John delivers some scathing lines too, as when Julia is enjoying talking to Paul and sympathises over him losing his mother, "She had cancer, what's your excuse"?, is her son's stinging comeback. This reveals his arch streak of jealousy and his insecurity, a result of Julia's abandonment of John at age five. It also speaks to the unmistakable sexual subtext between the awakening desires of a pubescent John, and a mother who was promiscuous in the extreme. It's a delicate area but is handled with subtlety and finesse.

There are some great musical highlights, as you would expect, John playing "That'll Be The Day", with his mother, and a great juxtaposition of possibly the first Lennon composition, "Hello Little Girl", that he proudly debuts to Paul, as Julia is being run down by an off-duty policeman just streets away. The use of the early McCartney-Harrison composition, "In Spite Of All The Danger", as a cathartic funeral hymn in the context of it's recording is particularly powerful and affecting. The film ends with a demo version of Lennon's 1970 composition 'Mother', with John on guitar instead of the final version, which had him on piano. The song remains one of the most tender, raw and anguished cries from the heart of any major musical figure.

Taylor-Wood extracts fine performances from her three leads, and Aaron Johnson proved himself one of the more capable and versatile actors of his generation by covering the vast leaps of emotionalism that Lennon was renowned for. Lennon was a complex mix of Northern hard-man, sad-eyed dreamer, rough house Teddy Boy, and nascent beat poet, a walking conundrum that Johnson manages to make sense of. Kristen Scott Thomas is perfect as the ice hard Mimi, who holds the fort while everyone else has the fun. She has the difficult task of playing a thankless role, and carries it off with delicacy and high art. Anne-Marie Duff is a revelation as the near manic-depressive Julia, as she flirts and giggles her way past a plethora of men, stopping to give them a wink and a smile and cluing John in to the way the world really works.

Taylor-Wood handled the difficult job of examining part of an icon's life, and managed to create a vibrant and compelling portrait of the artist as a young man in the process. Simply essential, whether you're a Beatle fan or not. 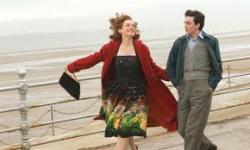 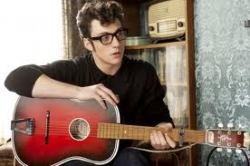 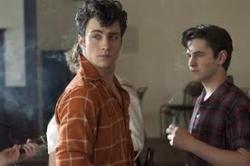 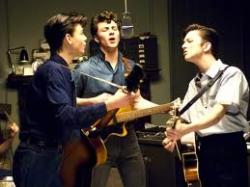