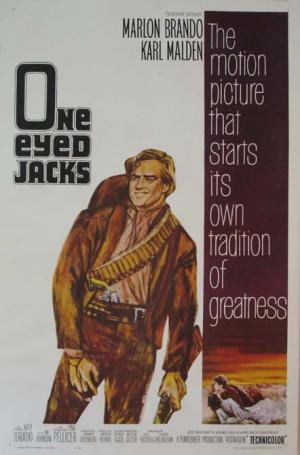 Marlon Brando’s only effort at directing, albeit reluctantly, is a generally overlooked work but one that has much to offer. The genesis of the project was a troubled one, Brando partly to blame in demanding endless re-writes, then overseeing a long and difficult shoot in bringing the film to fruition at more than 3 times the budget. The source material was a novel called ‘The Authentic Death of Hendry Jones’, and Brando jumped on board very early in the piece, at his insistence Calder Willingham spent over 8 months on the script, after Sam Peckinpah’s draft was rejected as he had Brando’s character as a mean out and out killer. Brando was after more moral ambiguity and brought in Stanley Kubrick to direct and work on the script with him. Brando and Kubrick clashed over issues of interpretation and he left the project and the director’s chair vacant. Paramount reluctantly agreed to Brando directing what was a big ask for an experienced director, not least an untried one, and a shoot planned for two months ran to six.

Brando settles on an at once realistic and at another level mythic west, just as the key theme is the duplicity in men, so too he reveals a duplicity in nature dependent on perspective and interpretation. He re-works familiar concepts and challenges folkloric convention, in a piece that pre-dates and encourages the existentialist westerns of the late 60’s and the revisionist westerns of the ’70’s. Brando’s vehicle is the story of Rio, a bandit and manipulator par-excellence who roams the badlands of Mexico and the south west USA, in league with his friend Dad Longworth (Karl Malden). The opening scene indicates we’re in for a different kind of western, a seated Rio casually eating a banana, only for the camera to pull back and reveal the terrified townsfolk on the floor as the money is plundered by Dad and Doc (Hank Worden, a John Ford regular). Rio spies a girl hiding her ring and makes a point of taking it off her, only to use it as a prop in seducing a high class lady while Doc and Dad go whoring. The idea that Rio is somehow, unknowingly aspiring to something more is subtley introduced. The Federales arrive, Doc is killed and Rio and Dad flee. Down to one horse Rio ensures Dad rides off conditional on the promise he return with fresh mounts. Dad betrays the promise and Rio finds out as he’s captured and sent to a Mexican prison hell-hole for 5 years, from then on it’s a film about revenge.

Rio escapes prison and sets off to find Dad, falling in with another bandit Bob Emory (Ben Johnson) who knows where he is and wants to rob the bank in the same town. The four desperado’s arrive in Monterey only to find Dad is the sheriff in town and a respected member of the community. In a beautifully shot scene Rio approaches Dad’s home on the beach as Dad watches from his front porch hammock. Part of the genius of the film is setting the action by the ocean, the surf and landscapes prove to be remarkable counterpoint in unexpected ways, enlivening what would otherwise be pat western situations. Dad has been expecting Rio, who engages him in conversation rather than gunplay. The tension is leavened by Rio meeting the family, including wife Maria (Katy Jurado) and step-daughter Louisa (Pina Pellicer) and sharing dinner. Clearly he wants Dad to suffer before he kills him and he sets his mind to seducing Louisa first. Rio goes through with the seduction, only to find that the beauty and innocence of Louisa has a salutary effect on him and he has to re-think his strategy.

Brando’s investigation into duplicity stretches out as we see the face Dad shows in public is different to the man Rio knows. Rio also discovers he can be different people in different situations, the challenge seems to be in unifying the whole. Rio is a romantic and thoughful suitor at one point, using all his old guile, and yet can be a clear eyed killer when called upon, does one contradict the other, or is a man able to reconcile the extremes? The action reveals the turmoil within for Rio. He knows he has to kill Dad, but has equally made that impossible by falling in love with Lousia. The classical themes and Oedipal links are probably too fanciful to pursue, but they should at least be acknowledged, not least for Malden’s character’s name! The bigger struggle is in Rio, he has certain codes he lives by and Dad has crossed as line. The hestitaion and uncertainty in Rio is new, and he has to deal with it, as it threatens to undo him completely. Dad proves a capable adversary and Rio is beaten, brutalised and imprisoned at his hand. Louisa proves to be his salvation and the unwitting precipitant for the ultimate showdown for Rio and Dad.

For all it’s unweildiness, for all it’s flaws, it is obviously Brando’s film, he’s at the centre of it as a performer realising his own directoral vision. He was involved at every stage, from casting to locations and was meticulous at every point. He only gave up on the months of editing after his nearly 5 hour cut was rejected by Paramount, to have them then re-cut and add a much softer ending, which is out of sync with the tone of the rest of the film. Brando made a poetic, langourous examination of the struggle within men for authenicity, set in a remarkable western location and cast and acted superbly. The use he makes of the stunning California coastal setting sets us free from desert bound assumptions of the 'old west' and enables even the jaded viewer to see the genre with fresh eyes. Malden is brilliant as Dad, as is western everyman Ben Johnson reaching great depths as an actor and holding his own in Brando’s company, no small feat. The ill fated Pellicer, a suicide not 4 years later, is lovely and utterly convincing as the girl who changes Rio’s way of thinking. It may have been out of kilter with the prevailing mood of the times and was if anything about 10 years ahead of it’s time. The film was never going to make a profit with Brando spending so much time and money in the making, and as a consequence he was never asked to direct again. A one-off, one-eyed original from true Hollywood misfit Marlon, at once insider and outsider, and maybe like Rio forever attempting to balance the two halves. 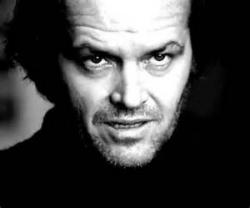 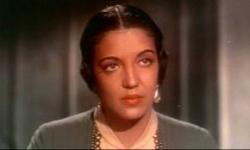 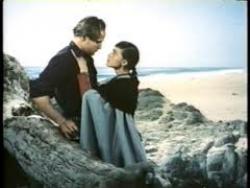 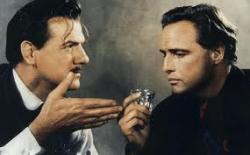