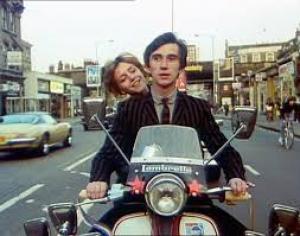 Pier review for a soulful Mod

Pete Townsend’s gimlet eyed exploration of the culture of his youth not only resulted in one of The Who’s finest albums in 1973, it also set the basis for this excellent film from 1979. Townsend set the (movie version) tale in the grand old year of 1965, and it says much about the era that a mere 8 years later it already seemed like ancient history. Townsend directly stated his ambition for eulogising the Mod movement in a retrospective in 2009 saying, “I wanted to write a piece that said, quite simply, this was magnificent, you were magnificent, we didn’t fix what was wrong, but we made a start.”  The Who produced the movie during the wrenching and painful period immediately following Keith Moon’s untimely death as Franc Roddam directed a young cast led by unknown 18 year old Phil Daniels and Ray Winstone who was making his feature film debut.

Jimmy (Phil Daniels) is a London Mod, living in West London and at odds with his parents and employer at his lowly office job. Jimmy finds release in the company of his like minded tribe, fellow Mods and all invested in the idea of pills, cool music and Italian scooters. The Mods mortal enemies are the Rockers, leather clad anachronisms that follow the Neanderthal sounds of Fifties Rock and Roll and coalesce around Bikie gangs. News reports of clashes between the two gangs are common and tensions mount for a showdown and settling of old scores. Jimmy looks forward to a Bank Holiday weekend where he can go to Brighton with his gang, take pills and chat up Steph (Leslie Ash), a girl he fancies. The Mods and Rockers end up in a running street battle that sees Jimmy arrested with his hero, The Ace Face (Sting), a charismatic and stylish Mod benchmark. After the excitement of Brighton, Jimmy must return to his unhappy family life and a job he hates.

Jimmy’s predicament is that of the teenage Baby Boomer, born just after the fight against fascism, a generation that inherits a British Empire upon which the sun has well and truly set. The moribund society Jimmy sees around him offers him little; his job is menial and his prospects auger more of the same. Caught in the micro gap between the generation of the 1950’s cold war and the burgeoning 1960’s counterculture, Jimmy is a misfit, bristling at the numbing conformity of his parents environment. Jimmy is searching for an identity with meaning as he lines up with the Mods, content to consume rock and soul and pills in heroic proportions as a means of escape and hope. The disconnect he feels with the wider society around him sets him on a course of inevitable conflict with it, but he finds that life as a Mod has its own peculiar sets of challenges.

Townsend’s genius is not to focus on the conflict ‘without’; the physical battles with the Rockers or the mental battles with his parents, but on the conflict ‘within’. Jimmy invests his entire spirit into being a ‘face’, a key member of the Mod tribe, someone to look up to, like the Ace Face, “You gotta be somebody”,  he screams. Ultimately it’s about connection, and Jimmy feels he has found a connection in Steph, as the most perfect weekend of his life plays out like a dream in Brighton. The come down Jimmy feels after this seminal event forces him to admit that even his cherished Mod lifestyle has its issues. After a betrayal from Steph he struggles as world unravels, “Everything is going backwards”  he cries, attempting to articulate his pain. He even tries to recapture that perfect weekend by returning to Brighton, this time by train as his beloved scooter has been written off, but he only discovers the truth about his hero, Ace Face.

Roddam opts for a more realist palette than that which the poetic Ethan Russell photo spread hinted at for the story in the original vinyl release. The album had an iconic and gorgeously lavish booklet of superb and evocative photographs, moody, intimate and epic at once. The film mood however, owes something to the revival of British realism in the ‘70s as auteurs like Mike Leigh and Ken Loach and also from TV directors like Alan Clarke. Roddam amplifies the claustrophobia of the environment to accentuate the psychological claustrophobia Jimmy experiences, an inarticulate boy having an existential crisis; ultimately he realises he’s traded one lie for another.

Phil Daniels proved ideal as the conflicted teen, bringing a keen sense of reality and conviction to the role. Roddam cast the supports beautifully as Sting provided the detached charisma needed for Ace Face and Leslie Ash lent a nice air of believability to the role of the capricious Steph. Ray Winstone did well in a small part as Jimmy’s Rocker friend Kevin, marking him out as a young actor to watch. Alan Clarke cast him in his seminal and brutal examination of the prison system, Scum,  in the 1977 TV production, and again in the 1979 film version, with Phil Daniels also cast. Roddam handles the smaller, intimate moments well, but also manages the large scale set pieces involving the riot with finesse and clarity. Sting makes a strong presence as the Ace Face, but his role is largely symbolic, a cipher for Jimmy to invest and project his own dreams of independence upon.

Pete specifically dated the story in the song Bell Boy, “I used to follow you back in ‘63”,  but the film is set in early ’65, enabling actual early Who songs to be used as part of the narrative, and for the band to be part of the pin up gallery on Jimmy’s bedroom wall. The aura of The Who is felt through the film, even though the soundtrack only uses part of the ‘opera’ to underline the action, crucially finding a way to exist without the bulk of the more mystical musings Pete sketched out in the musical work. This makes the film a much more effective realising of the era and a fine extrapolation of Townsend’s idea, rather than the fantastical and bombastic visual feats that iconoclast Ken Russell delivered with the better known rock opera, Tommy.  Quadrophenia  dwarfs Tommy  as a poetic and cogent take on identity and alienation, and contains Pete Townsend’s finest sustained piece of composition.

Quadrophenia  stands as one of the most memorable and effective ‘youth culture’ films to emerge from Britain post the rock and roll era. It set something of a tone for the Thatcher years where the young and so-called feckless were in the sights of the right wing Tories who demonised and marginalised them at every turn. It led to something of a radicalisation within their number, as the children of the Baby Boomers actually found they suddenly had something meaningful to protest about. 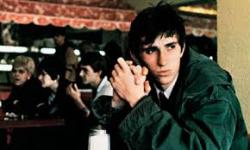 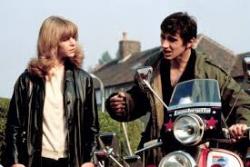 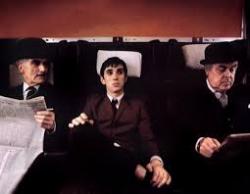 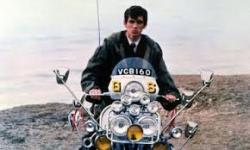