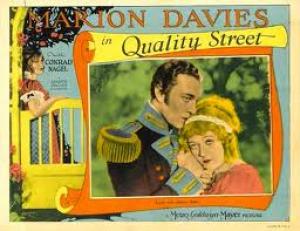 This site and this writer are quite obviously and decidedly auteur-oriented, but the wide-ranging and open minded filmgoer at times discovers films that are often good, sometimes excellent, and occasionally great that have been directed by, let us say, lesser talents. The second or third rank director, the studio journeyman, and even on occasion the hack will from time to time manage to pull everything together to make a memorable film. Sometimes the auteur of a film can be a writer, a producer, or an actor, but more often than not these movies that somehow work well and satisfy us are the work of a serendipitous collection of collaborators.

Quality Street is one of these somewhat surprisingly powerful films with a mixed pedigree. Based on a play by James M. Barrie, later filmed less effectively by George Stevens with Katharine Hepburn, it is more suggestive of Jane Austen than of the author of Peter Pan. It pays sympathetic attention to the details of the lives of a handful of 19th century provincial English women, their expectations and their disappointments.

The script is by two interesting writers. One is Hans Kraly, the tall, blond, handsome collaborator on most of Ernst Lubitsch’s great German and American films who betrayed his long-time friend with Mrs. Lubitsch. The other is Albert Lewin, an intelligent, cultured man who, after twenty years of functioning efficiently at MGM as producer and occasional writer, independently wrote, produced and directed in the forties a series of intelligent and cultured films, culminating in the Powellesque Pandora and the Flying Dutchman.

Quality Street is beautifully and often imaginatively photographed by Hendrik Sartov whose spectacular, though suddenly curtailed ten-year career is something of a mystery. At the urging of Lillian Gish, D.W. Griffith hired him to shoot her close-ups for Broken Blossoms. He worked on a number of Griffith’s twenties films and, when Gish signed with MGM, she insisted they hire him also. He shot her La Boheme for King Vidor and The Scarlet Letter for Victor Sjostrom, and in 1927 was cinematographer for two of Marion Davies’ best surviving films, The Red Mill directed by Roscoe “Fatty” Arbuckle as William Goodrich, and Quality Street. The following year, he shot an apparently negligible MGM programmer called Under the Black Eagle, and after that, never worked in film again. One commentator mentions a blacklist, but does not elaborate. Considering the long and prolific careers of most other great cinematographers, this is not only a mystery, but also a tragedy.

The director, Sidney Franklin, is one whose silent career would seem to be worth examining. Best known today as a reliable, tasteful director of literary or theatrical projects at MGM in the thirties, like Private Lives or The Good Earth, he started directing in the teens, was a protoge of Griffith, and worked with two of the great film divas of the twenties, Mary Pickford and Norma Talmadge. It was presumably this ability to handle a major star vehicle that brought him to Quality Street and Marion Davies.

Although there are many moments of charm and wit in Davies’ talking pictures, by that time she was getting tired (her first film was in 1917) and would probably have retired, but for the insistence of William Randolph Hearst who not only loved her in life, but also loved seeing her on the screen. In her surviving silent films, however, especially Quality Street and King Vidor’s The Patsy and Show People, we see a brilliant comic performer who paved the way for the “screwball” actresses of the thirties. Here she gives one of her richest performances, including the impersonation of another character, a feature of many of her films. A light, though serious story is given much of its depth by the skill and grace of Marion Davies. 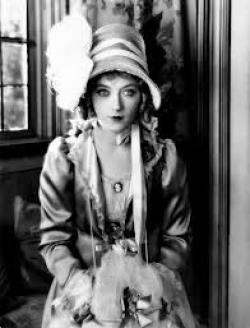 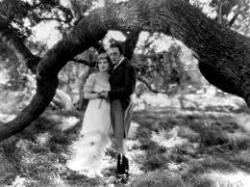 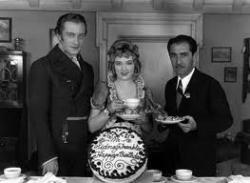 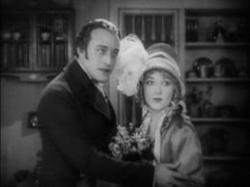