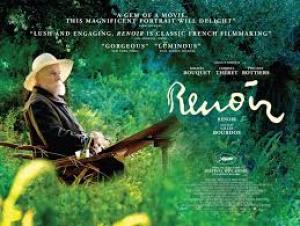 How great thou Art

"In painting, as in the other arts, there's not a single process, no matter how insignificant, which can be reasonably made into a formula."
~ Pierre-Auguste Renoir

Almost 100 years on from the events they depict comes the heartfelt and gorgeous bio-pic Renoir,  a look at the relationship between a father and son and the woman who entrances them. Gilles Bourdos directs a beautiful hymn to man and nature, a languid tone poem that evokes the beauty of the art at the centre of the narrative, as the father is the genius Impressionist painter Pierre-Auguste Renoir and the son is future film director Jean Renoir. Bourdos uses the final link the two men shared, the model Andrée Heuschling, to examine the relationship between the artist and his young son. Andrée, known as Didi, was the last model and muse that Pierre-Auguste worked with, she was a 17 year old at the time and he was in his mid seventies.

In the last years of World War One a wounded cavalryman, Jean Renoir (Vincent Rottiers) comes home to recover from the battlefield trauma. Jean is at a crossroads in his life, unsure of how he’ll proceed after the war but knowing he’s fated to live in the giant shadow that his father’s reputation will inevitably cast.  At the family villa in the peaceful south of France he finds a young woman called Didi (Christa Théret), who has been working as a model for his father Pierre-Auguste (Michel Bouquet). Jean is unsure of who he is, surrounded by his father’s work and by the various women who support the infirm and aging titan, he struggles to find his own identity. Jean falls in love with the headstrong model, who challenges him to find his own way in the world, “you have to know who you are”  she tells him. Jean determines to re-enter the war as a flyer, saying goodbye to his beloved father, both unsure if they will see the other again.

Bourdos sets up the relationship with a mystery, by having Didi claim she was sent to the villa by Pierre-Auguste’s wife, at which point the painter mentions that his wife is dead. When Jean asks his father who she is, he’s told, “A girl from out of nowhere sent by a dead woman”,  it’s an intriguing metaphor for the catalyst of events as the two men come to terms with the inevitability of their permanent separation from each other. Jean recuperates and watches his father rage against the dying of the light, straining with his arthritic hands and frail body to capture the delicacy and life in Didi’s beautiful form, “Flesh, that’s all that matters in life and in painting”  Renoir tells his son. Jean also assists the old man as he battles his infirmaries, in the tenderest of scenes of filial devotion, falling in love with Didi in the process and unsure if this event won’t cause a divide between the two men.

Bourdos lets the film unfold in a stately and considered way, making the most of the stunning natural setting of the rural estate. The narrative drive is found not from the weight of the story and events but in the character and feelings from the protagonist, which effects an impressionist approximation fitting for the subjects. A feeling for nature and for humanity is the common thread in the art of both men and here we literally see Jean learn at the feet of the master, imbibing his father’s philosophy to ignore tragedy and create beauty. The older painter makes heroic efforts to push past the pain that racks his body in order to approximate the way Didi’s flesh captures the light, saying “The pain passes, but beauty goes on.”   It’s a sweet tribute to the depth and tenacity of the human will to search for a sublime connection, to distil the essence of living in an artistic and compelling way.

As the piece is not particularly narrative driven, the success of the venture rests upon the authenticity of the characterisations, and all three central performances contribute in this regard.  Michel Bouquet, an actor who has come into his own as an elderly man, delivers a superb characterisation as the aging painter, evincing enormous pathos and empathy as we feel the pain and anger of an artist whose body is betraying him. Bouquet won much praise for his 2005 portrayal of the French president in The Last Mitterand,  but he’d worked with Truffaut and Clouzet in his earlier years and was a favourite of Claude Chabrol, making seven films with the French ‘Hitchcock’. Christa Théret is suitably beguiling as Didi, charming both men and acting as the salve that eases Renoir into the void while stimulating Jean to find his own path. Rottiers is very fine as Jean, understated and measured, while the young Thomas Doret does well as the young Claude Renoir, fathered by Pierre-Auguste when he was 62 years old.

The art that dots the walls of the villa, and the canvases that Renoir works on during the course of the film are all superb ‘forgeries’ of the originals. Interestingly, Bourdos employed a renowned forger, Guy Ribes, to do the honours, a man who had recently served three years in prison for passing off his own work as that of Picasso and Renoir. The effect is of an artist driven to create, to continue to work until he can no longer move of even breathe, entranced by the luminosity of his young subject, a woman whose beauty temporarily staves off the grim reaper and allows Renoir to escape to some other place while he paints - "nothing matters, except flesh"  he says.

In real life Jean married Didi after his father’s death, and pursued a career as a ceramic artist for 4 years before falling under the spell of cinema. He talked his wife into acting in his films, only deciding to direct after he determined his first screenplay was botched by a sub standard director. Didi acted under the name Catherine Hessling and became a star of the silent screen in France but split with Jean before he embarked on a run of masterpieces during the 1930’s. Renoir adopted his father’s maxim about art, which is as an expression of the observation of the natural world, Pierre-Auguste said, “If you paint the leaf on a tree without using a model you risk becoming stereotyped, because your imagination will only supply you with a few leaves, whereas nature offers you millions, all on the same tree. The artist who paints only what’s in his mind must very soon repeat himself.”

Jean became the arch-observer of the human condition, rarely repeating himself and creating several gold clad classic films in the process. After Jean parted company with Didi he hit a purple patch of form and extended the language and scope of cinema with films like Boudu, Saved From Drowning,  Toni,  La Grande Illusion  and the immortal La Règle du Jeu (The Rules of the Game).  Jean wrote the definitive biography of the artist in 1962, Renoir, My Father,  by then he was one of the most feted directors on the planet and a worthy inheritor of his father’s daunting artistic legacy and name. Renoir  is a beautiful and languid homage to two immensely talented humanists whose work made an indelible impression and illuminated many a pathway on the endless human search for meaning.

"There are some things in painting which cannot be explained, and that something is essential."
~ Pierre-Auguste Renoir 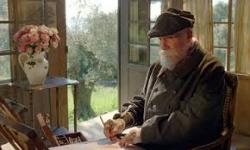 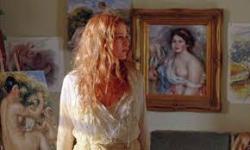 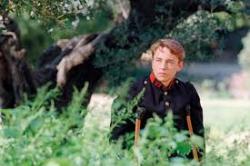 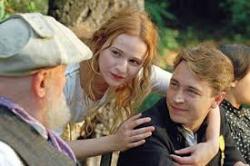 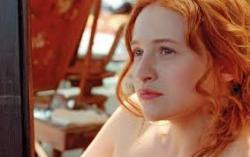 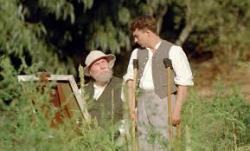