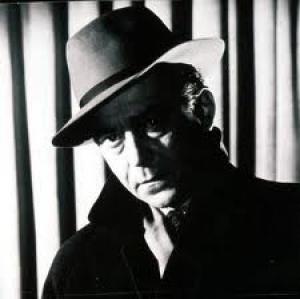 Jules Dassin's excellent heist thriller resurrected his directing career in Europe after he became a victim of the Hollywood blacklist of the early '50's, effectively meaning he was unemployable in American films and to a lesser extent theatre. Jean-Pierre Melville was slated to direct 'Rififi' from the source novel by Auguste Breton, but gave his consent for Dassin to take over, and in many ways the film still feels like a Melville film, that said Dassin brought a great American gangster texture to the proceedings, even playing one of the main roles himself. Melville would add to the genre significantly himself the next year with his brilliant crime film, 'Bob Le Flambeur'. Dassin removed much of the racist textures featuring North African bad guys as the rival gang, and focused a lot of the attention on the methodology of the heist.

Tony le Stéphanois (Jean Servais) is fresh out of prison after 5 years, and he catches up with his former colleague Jo (Carl Möhner) who owes him as Tony took the rap for the whole gang. Another former gang member, Mario (Robert Manuel) outlines a scheme to rob a jewellery store but Tony initially declines. Tony sees his girlfriend Mado, but finds she's spent the last 5 years as the kept woman of nightclub owner and crime figure Grutter. Tony beats her for her betrayal and then changes his mind about the heist, and insists he will expand the scope to get 'the jackpot', to rob the safe. Tony sources an Italian safecracker called César (Jules Dassin), 'no safe can resist him, and he can't resist any woman' and the group cases the joint and works out an elaborate way to get around the formidable alarm system. After the wordless 30 minute heist, the guys go their separate ways as the arrangement to fence the jewels in London goes ahead. Grutter gets wind of the fact Tony has been behind the job and a face off between the two criminals is inevitable.

What makes 'Rififi' so remarkable and so memorable is the boldness and commitment to centre the story into the process of the heist itself, rather than on the melodrama of the relationships surrounding the characters. Dassin had the detailed 30 minute plus break in sequence scored by the composer, and ran it with music and without, the composer himself agreeing it was more tense without the score. The sequence still remains one of the more nail biting presentations of a crime on screen, a testament to Dassin's verve and style, paced and edited to perfection. The personal links of the criminals are shown but never dwelt upon, Dassin humanising them to the extent that it should be taken for granted they interact and relate as normal people do. Dassin shows Jo and Mario in conventional domestic settings rather than as criminal 'gutter' stereotypes and it's Jo's young son who will become a pivotal character after the heist goes ahead. Tony sees the enterprise collapse due to carelessness in the aftermath, specifically the weakness of César for a showgirl in the employ of Grutter. Tony's code of honour leads him back to Mado, who is keen to redeem herself and help him against Grutter, but the underlying fatalism and sense of doom that Tony feels comes to fruition, and a resigned Tony plays the deck of cards that afte has dealt him to the end.

The criminal 'code' is also assumed, Tony abided by it when he refused to rat on his friends to save himself and spent 5 years inside because of it. César breaks the code and pays the price. Dassin deliberately confronted HUAC, his exile status and the reasons for it in the most personal way in his treatment of César, in a scene which does not exist in the book. After César gives information on who else was in on the heist, i.e, he 'names name's', Tony finds him and says before he shoots him dead, 'You ratted on him... you know the rules'. Dassin's message is for Edward Dmytryk, his fellow director who named him as a Communist to HUAC. Dassin never forgave people like Dmytryk, Elia Kazan and Robert Rossen, who all became 'friendly' witnesses to save their careers.

Jules Dassin forged a poetic and yet muscular film noir on the streets of Paris, the fatalism and moody atmosphere etched a sense of unease and of dread throughout, summed up in the weary face of Jean Servais. Servais, who proved ideal for the part, was a washed up alcoholic at the time he did the film, as the producer was unable to afford a European name actor, and Dassin saved money by playing the role of César himself. On a tiny budget, with no stars and in a foreign country, Dassin showed how much he'd learned from Mark Hellinger and Darryl F. Zanuck during his days in Hollywood and created a crime film that had the best of both worlds, American and European. Dassin's examination of the ethics of betrayal via the crime milieu prism is a certified classic, and a reminder of the talent America lost by allowing the disgraceful Blacklist to operate during the 1950's. 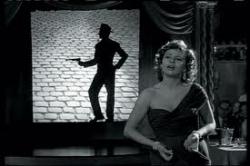 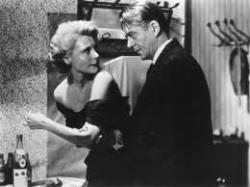 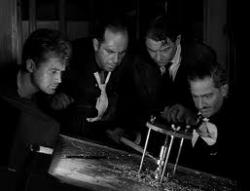 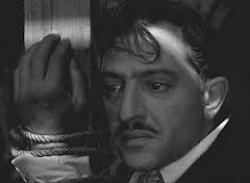 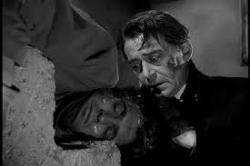