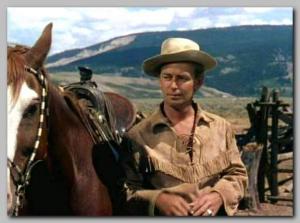 Shane is an odd film in many ways, it appeared before the 'pyschological' western came into vogue and superficially at least looks like it belongs there, and despite it's breathtaking colour cinematography it actually has more in common with a couple of remarkable black and white,downbeat westerns that preceded it, namely Bill Wellman's The Ox Box Incident and Henry King's The Gunfighter. It can also be read as a McCarthy era fable of fascist bullying versus community strength. George Stevens had learnt a thing or two about fascism and of man's inhumanity to man via his WW2 experiences and thereafter mostly made films that reflected heavier themes than his lighter pre-war fare did, and after leading the first film crews to enter Nazi extermination camps during the liberation of Europe in 1945 how could he not?

The action that takes place in Shane is mostly seen through the eyes of a 12 year old boy Joey (Brandon De Wilde) and it's this innocence, and his right to a decent childhood that needs to be protected in a hostile frontier environment. Shane (Alan Ladd) is a lone buckskin wearing horseman who appears from nowhere out the wilderness only to disappear back into it at the end. In the classic sense he's just passing through to 'one place or another' and stops for water at the farm of Joe Starett (Van Heflin) only to find himself in the middle of a range war between Starett and the pioneer cattleman Ryker (Emile Myers) who is ramping up the pressure on the small farmers in the region in order to drive them off the land. Shane's sense of decency and justice, coupled with his urge to find a place to settle sees him side with Starett and stay on to work the ranch, helping out with honest work for his supper. Joe's wife Marian (Jean Arthur) and Shane share an under-stated mutual attraction, but work takes the focus as Shane helps Joe do some chores that had been proving too hard. They uproot an old tree stump, the value of their own sweat and muscle clearing the land in partnership is a neat symbolic allusion to what is to come.

The gunslinger past that is hinted at is put aside in the symbolic change of outfit as Shane buys ranch hand clothes in town, learning more of the divide that exists between Rykers thugs and the farmers. Shane backs out of a fight with Chris (Ben Johnson) knowing he'll be labelled a coward but not wanting to cause trouble for his benefactors. The farmers call a meeting and decide on strength in numbers in going into town next time. Shane gets into a knock down fight and Joe comes to his aid, and they succeed in overcoming Rykers thug's in a classic bar room brawl scene. In a land without the rule of law, Ryker who's tried to use more 'legitimate' negotiating methods, tries to buy off Shane, who refuses the offer leaving Ryker to speculate that it's Starett's 'pretty wife' that is keeping him from accepting. Ryker is at the end of his tehter and decides on hiring a gunman and so into town rides Wilson (Jack Palance) quintessential black hearted, black hatted badman with a mean streak of sadism thrown in for good measure. Wilson's killing of the southern rancher Stonewall (Elisha Cook Jnr) is brutal and shocking, and reflects the look of the rest of the film, grimy and real. There are no sets that look like they were built the day before or actors walking around in 'costumes' fresh from wardrobe, the art direction is gritty and authentic.

A showdown is looming, and among the small touches Stevens uses to build expectation is a scene where Shane shows Joey his gun and teaches him about the fast draw. Stevens has the sound of the gunshots augmented for impact, his idea being that he had seen the damage one single bullet can do to a person in the war and wanted it to be a shocking idea after a generation of cowboys and Indian films where gunshots are over-used and devalued. Marion intervenes and Shane responds by telling her 'a gun is a tool', and here Stevens is pointing out that a gunman (soldier) is a worker in their own way, just as a farmer or ranch-hand is. Stevens, like Ford, also employs communal rituals for effect, a dance and a funeral. Marion shows up to the dance in her wedding dress, it's a subtle nod to the fact that Shane represents something of a fantasy for her, maybe a fresh start with an exotic, brooding stranger after the safe husband she's built a life with. Stevens has the community re-affirm her choice, and in her own heart she's already admitted the danger, telling Joey (and herself) 'don't get to liking Shane too much'. Jean Arthur gives a lovely peformance as the conflicted wife and Van Heflin's dour honesty was never used to greater effect.

Events build a head, with the noble Joe deciding to face down Ryker and his evil gun-hand. Shane knows Joe is no match for Wilson and prevents him from going, after throwing off his ranch clothes for his gunfighter 'work' outfit. Shane's goodbye to Marion is under-stated and touching, and Stevens manages to make Marion's lingering handshake more erotic and effective than a full blooded kiss. Joey follows Shane into town and witnesses the shoot-out. Shane knows he can not go back, his world is an anachronism and he himself is mentally scarred by the killings in his past, so after clearing the way for Starett to settle a better future for the farmers he rides off alone, the cries of Joey ringing through the valley, 'come back'. Ladd is very effective as the low key gunslinger, playing to the melancholy of a man caught with only the dream of escape, but with the realisation that life doesn't work out like that for his type, and Stevens makes the unlikely casting choice work.

This is no simplistic morality tale. Stevens has fashioned an epic and an intimate examination of the outsider, unable to connect to community but longing to, his contribution being to sacrifice himself for the greater good. The threat of force is met ulimately, by the community coming together, despite reversals and set-backs where it seemed they would crumble, eventually, with the aid of a 'moral cleansing' by force they prevail. The villains are not as black and white as most people assume, sure Wilson is a psychopath but Ryker at least states his case for primacy as being one of the pioneer's who tamed the land for people like Joe to prosper. he's deluded and makes a poor moral choice in the end, but he's no one dimensional cartoon. Stevens was meticulous in his preparations and methods and the editing, look and feel of the film are second to none. Shane deserves to stand in the first rank of quality westerns, along with the classics from Ford and Mann and Hawks. 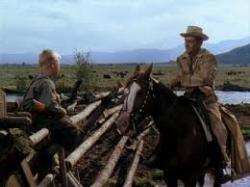 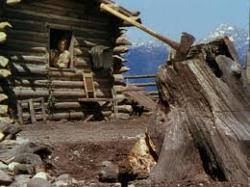 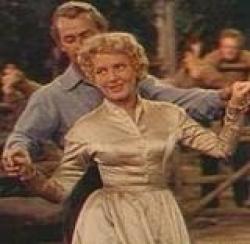 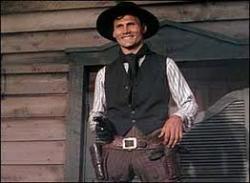 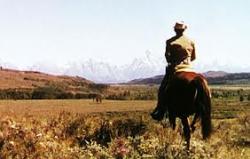