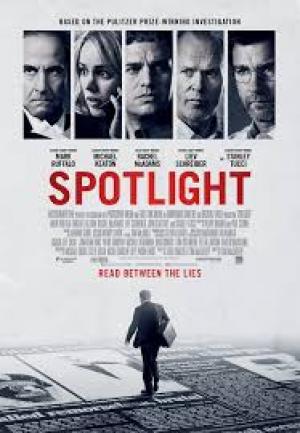 Feast of the Epiphany leaves a sour taste

In the fine tradition of investigative reporter thrillers like All The President’s Men  and The Parallax View  we have Spotlight,  Tom McCarthy’s excellent dissection of The Boston Globe’s exposure of a scandal in the Catholic Church. Widespread Catholic clergy’s sexual abuse of children and its attendant cover up of these events provides a fertile ground for drama and suspense in equal measure. Unlike the Hoffman/Redford/Beatty star driven clout of those ‘70s classics, this film relies on a superb ensemble cast for impact, where the story takes centre stage and the drama has an internal drive of its own.  Mark Ruffalo reminds us that he is capable of a nuance and depth that he rarely needs to find as the jolly green giant in his comic book franchise films, and Rachel McAdam rises above her mostly twee, lightweight past to provide a mature and assured performance as journalist Sasha Pfeiffer.

The opening scene sets the tone, an ordinary Boston police station in the 1970’s and a quick lesson in how things work for a rookie cop from his grizzled Sergeant, who explains that the Senior cleric walking out the door with an accused priest need not worry about reading about the incident in the papers – it’s quickly apparent that there is a code of silence around such events that would make the Mafia blush. We jump forward to a new era, where The Boston Globe’s ace Spotlight team, a core of investigative journalists, is spinning its wheels and possibly resting on its laurels as new boss Marty Baron (Liev Schreiber) arrives to shake up the status quo in the nascent digital age. Baron persuades the Spotlight team to tackle an allegation that the Archbishop of Boston, Cardinal Law, had knowledge of and protected a paedophile priest.

The beating heart of the piece is the growing realisation of the scale of the problem, and the sickening reality of the Church’s institutional response. The reporters uncover a systematic pattern of the Church sweeping the problem under the carpet by simply paying out victims, with a confidentiality clause attached, and moving the offending priest from one parish to another, in the mostly vain hope that the perpetrator would not re-offend. Whilst it may not be surprising that any institution might try some form of damage control to protect its brand, the sheer scale and depth of the approach is breath-taking, and the fact that the priests had committed criminal acts never seems to have troubled the clerical bureaucrats who continued to treat the problem with the same disgraceful strategy, even in the face of staggering numbers being presented. Safe to say the problem goes back hundreds of years.

Garabedian (Stanley Tucci), a much put upon lawyer, has been pursuing cases against the church for years, and provides some vital leads for Renendez (Mark Ruffalo) to investigate. He also indicates the disturbing level of complicity in keeping the scandal quiet for so long with the acerbic couplet, “If it takes a village to raise a child, it also takes a village to abuse one”.  The levels of complicity are full of layers and paradoxes, even The Boston Globe itself had notice of the problem a decade earlier and had buried it in the back pages, which is how bias and casual corruption works – nobody could quite believe what was being alleged.

What seems blindingly obvious is the nexus between a secretive and powerful organisation like the Catholic Church and the lack of accountability for the abuse of that power. Many institutions that have necessary access to children, like the Scouting movement or even the entertainment industry have had their fair share of paedophiles, but not all set themselves apart like religious institutions, who also claim to be doing “God’s work”.  The attendant hypocrisy is what makes their behaviour doubly offensive, given the hierarchy of the Church was the one point where all the information came together. At the lower level parents and teachers were dealing with what they would perceive as isolated incidents, in a culture where such things were not openly spoken about, and as most were never reported to the police the authorities could fall back on the old “One bad apple”  defence. Combine that with the power and reach of the Church, an institution stitched hard into the very fabric of society, and let the fact that the by-standing civilians were mostly ‘good’ Catholics do the rest. The real culpability lies at the top of the Church, who paid out at least 87 legal settlements and moved some 290 abusing priests - they had ALL the information and yet preferred to protect the good name of the Church than help the victims.

What also comes under scrutiny in the idea that creating an unnatural sexual environment, given that the Catholic Church is founded on the bizarre idea of celibacy, gives rise to a poisoned result, where young confused men find themselves in positions of power and influence and no healthy outlet for their natural urges. They grow to maturity in an atmosphere of secrecy, trust and uncritical support in every level of their endeavours, so taking a dark advantage of innocents in their care is a step they can take with relative impunity. Priests that were found out were simply given extended ‘sick leave’ and then moved to a new Parish where they could start the abuse cycle again. Spotlight is no one level didactic, and therein lays its power, as it is also able to incorporate the idea that victims can be found in surprising places. Sasha tracks down a convicted priest who tells her he “had no satisfaction”  from the abuse, and that it wasn’t rape; she asks how does he know, and he replies, “Because I was raped”.  The sad fact is that, both inside and outside institutional abuse, many of the perpetrators were themselves victims of sexual abuse as children.

Tom McCarthy helms a sure footed effort that drips atmosphere and class, aided by first rate editing that never loses place of the complex threads, and yet keeps a dynamism that sustains over the full running time. The performances are uniformly fine, and Michael Keaton continues his impressive late career resurgence as ‘Robby’ Robinson, Spotlight’s editor, tracing the blurry lines of who knew what and when.  John Slattery is suitably nuanced as Ben Bradlee Jr. (coincidentally the son of the Watergate/Washington Post editor) and Liev Schreiber gives a convincing turn as the committed newspaper man who senses a huge story that will rattle the cages of the establishment of Boston. Stanley Tucci nearly steals the film but Ruffalo stays in the memory, particularly his riveting scene venting his frustration when the group is told of a delay in publishing. Ironically the piece is published on a Catholic feast day, the Feast of The Epiphany.

“Knowledge is one thing, faith is another”,  we hear from the pulpit at Mass early in the film, and indeed that proves to be the case. While some parts of the Church have a progressive and humanist agenda, the reactionaries and conservatives have always carried the day, as they seem always to have had control of Rome’s bureaucracy. What use is a faith that allows you to turn a blind eye to criminal and morally reprehensible behaviour? Mind you, this is from an organisation prepared to deny marriage to loving couples of the same sex, and fully expect that not being required to comply with the law of the land in this regard is a reasonable outcome? What other organisations put their dealings above the law of the land, all the while enjoying a tax free status that capitalists like Donald Trump can only dream of?

The Catholic Church, like most religions, is a business and nowhere is this more starkly apparent than in the most capitalist society on earth, the USA. The Church was protecting its brand there, just as it will occasionally do elsewhere by raising a mild humanist like Pope Frank to prominence after the hardliner Ratzinger steeped down. The Vatican business model is so widely accepted now that it’s not surprising to find responses to abuse were replicated outside of the US, particularly in my home country of Australia. We are currently going through the wrench of a Royal Commission into the Church and are waiting for one of the dogma hard men to tell more of what he knew, in the egregious Cardinal George Pell, who has taken the time honoured choice of all clerical scoundrels by hiding out in Vatican City. The pity is that while the Church remains at the mercy of faceless bureaucrats reform will be impossible, and more Cardinal Law’s and Cardinal Pell’s are inevitable.

Spotlight  is an A grade film that deserves to stand on its own, but it is also a reminder of the power of good, investigative journalism in an age where such things seem to be disappearing. Power breeds corruption, especially in organisations in privileged positions like the Church, and we need institutions like the Press to help hold them accountable and to expose hypocrisy wherever it exists.  Spotlight  is a film for the ages, and McCarthy (after his fine script for Disney's masterful Up!), is a talent to watch out for. 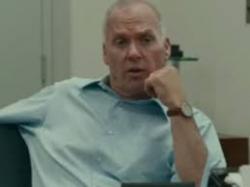 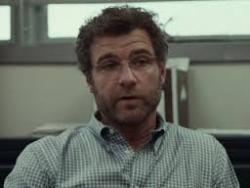 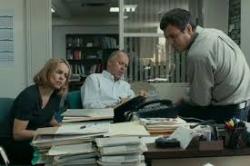 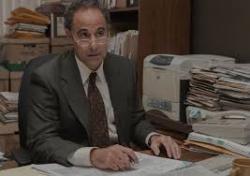 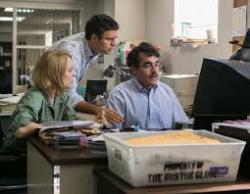 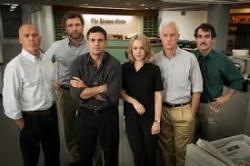