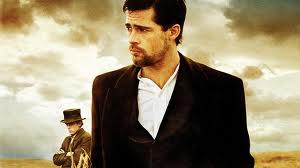 The Assassination of Jesse James

by the coward Robert Ford

Andrew Dominik is an Australian writer-director who had investigated the modern outlaw as a pop-cult figure in his debut film Chopper, starring Eric Bana in what would be a career changing performance. Dominik wrote the script for the Casey Affleck vehicle The Killer Inside Me in the interim, and the pair did such a good job with it that clinical psychiatrist Angus Monroe said, "I thought that the main character in the Killer Inside me was the best depiction of a psychopath or antisocial personality disorder I have ever seen on film".  Dominik then turned his gaze backwards and looked at the myth that has aggregated around a long dead American outlaw and cult hero, Jesse James, and wrote a script based on the 1983 Ron Hansen book, The Assassination of Jesse James by the Coward Robert Ford. Dominik focuses on the psychological condition of the outlaw rather than his criminal exploits and of the relationship with his hero-worshipping lackey and gang member, the withdrawn and resentful Robert Ford. Dominik's main coup was in casting the biggest movie star on the planet to take the lead role in what is a downbeat and sombre 'western', and Brad Pitt again proved what a fine actor he is behind the Hollywood nonsense.

Frank James (Sam Shepard) is waiting to take part in a final train robbery with some new and untried gang members. Robert Ford (Casey Affleck), younger brother of gang member Charlie (Sam Rockwell) tries to ingratiate himself with the renowned outlaw, and asks him to put in a good word with Jesse to let him join the gang too. At this stage of his 'career' Jesse is suspicious of everybody, and estranged from Frank, and he sees threats everywhere as a large reward hangs on his head. The robbery goes ahead and the gang disperses, but Jesse gets wind of a plot to turn him in and goes in search of the various members. Robert and Charlie, eventually taken on by Jesse as a mini-gang, stay with his family as Jesse seems to welcome a betrayal and the end that it represents to an untenable life.

Dominik sets the films tone with an astonishing robbery sequence, lit unlike any in the long history of westerns, and it's poetic grace and ambience of dread significantly underscores the surreal life Jesse enjoys. Unsure of who is a friend and who is an enemy Jesse seems to have moments of clarity amidst bouts of depression and anxiety. Dominik doesn't back away from the fact that Jesse was a cold eyed killer and eliminated threats with a vengeance, murdering approximately 17 men personally. He also doesn't indulge in the 'Robin Hood' mythology, and indeed there is no evidence that James used his ill-gotten gains to benefit anyone other than himself. Jesse roams the land, visiting his itinerant gang members, all the while petrified that the professional Pinkerton men, detectives paid to track and kill him, could be lurking around any corner. Jesse is both hunter and hunted and his psychological make-up lurches from friendly to aggressive with breathtaking speed.

The cadences and poetry in the speech patterns and the language are also a joy, as the written script has the aural appeal of a Tennessee Williams play. Dominik as an outsider is possibly as entranced by the sound as anyone, and the mellifluous flow and timbre of the southern-based dialects draws the viewer-listener in and aligns perfectly with the downbeat and reflective mood. Gang member Dick Liddel even states at one point "You can hide things in vocabulary", suggesting the power of words has importance, and given that Jesse lives on in literature as part history and part myth it's an appropriate observation. Dominik has the confidence to pace the narrative like an art house or European film, slow and deliberate, amplifying the elegance of the language, which gives the film gravity and depth and time to insinuate itself upon the viewer.

Jesse is a man contemplating his mortality, as he discusses suicide with Charlie, "you won't mind dyin' once you've peeked over to the other side". Jesse feels the burden of his fame and is looking for a way out, cultivating the resentment in Bob until it takes on a murderous intent, even gifting him the gun to do it. Jesse is aware he will leave a legacy, sensing nothing short of a sensational exit will suffice, probably having delusions of grandeur like the similar Australian folk hero Ned Kelly, whose exploits and obvious parallel will be well known to Domink.

Casey Affleck hits the right note as the grasping Bob, a small man perpetually in the shadows of others and looking to get out and make a name for himself, "I'm destined for great things", he told Frank. Bob represents a parasitic personality and sees Jesse as his host, and soon proximity to his idol is not enough, he has to possess him eternally by being the one to take his life. Ford will be linked with his hero, in the same sad way Mark Chapman and John Lennon are irrevocably and permanently linked. Pitt is superb as the unpredictable Jesse, and again affirms his abilities when he applies his talent to serious roles.

The film's potency is enhanced by another antipodeans connection, in the majestic music of Nick Cave and Warren Ellis. The soundtrack is mesmerising and empathetic in the best way, and Cave even sneaks in a cameo as a wandering singer. The look of the film is first rate, the work of regular Coen's collaborator Roger Deakins, whose No Country For Old Men was shot prior to this and the True Grit remake after, making a loose trilogy of spacious, atmospheric visual masterworks.  The film was a critical success but lost money, a cardinal sin in Hollywood still so it'll be interesting to see where Dominik lands. Regardless, in time to come The Assassination of Jesse James by the Coward Robert Ford will undoubtedly be regarded as the genuine masterpiece it is.

PS. Thanks to Angus Monroe for the quote. 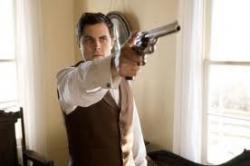 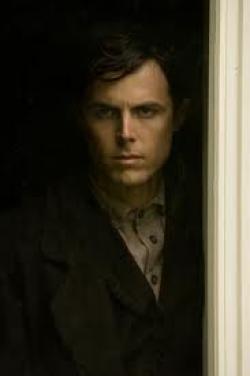 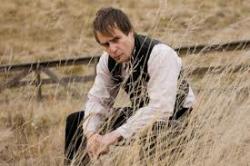 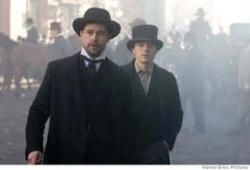 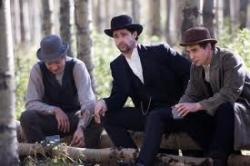