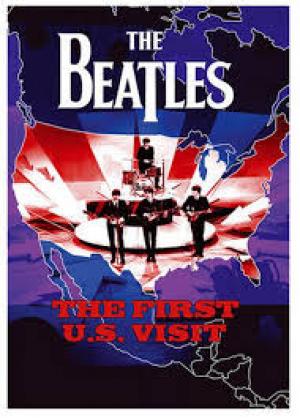 The Beatles: The First US Visit

All those years ago...

Brian Epstein may have made some curious decisons in his handling of the Beatles in the early days, but he had a stroke of luck with Granada’s excellent choice in calling on the Maysles Brothers to film the bands first American tour. The band treated the tour as a treat, a vinyl shopping expedition, not daring to hope the fabled USA could be overly interested in the British quartet, they were of course completely wrong.  As it happened, ‘Beatlemania’ in America was the most potent strain of them all, and the group achieved fame and riches beyond their wildest dreams. The Maysles accepted the job from Granada Television with barely 2 hours to spare, and made it to JFK just in time to film the arrival, they then spent the remainder of the time with the band in a Cinéma vérité, fly-on-the-wall situation. The epoch defining appearance on The Ed Sullivan Show, hit mainstream America like a hurricane and being denied permission to film by CBS, the brothers simply knocked on a tenement door to film a ‘normal’ family watching the show. The footage turned up in an episode of Granada's What's Happening  series, and now forms ths basis for the excellent 2003 DVD release reviewed here.

How did they get to the US? To working and middle class British boys New York was indeed a city of dreams, and one that completely contrasted their upbringing. England in the 1950’s was an austere and colourless place, still suffering the privations and after effects of WWII. The war-baby Beatles, born during the long and costly struggle against the Nazi’s and fascists, grew through their boyhood years with daily rationing still a reality, the dogged British spirit much tested as the ‘empire upon which the sun never sets’ was fading fast. It was against this backdrop that the raucous rock and roll, spilling from across the Atlantic, came as a thunderous clarion call to the bored Northern English youth. Elvis Presley was the spark that lit the youthful powder keg, igniting the dreams and hopes of an entire generation with his glamourous and infectious take on ‘race’ music, or rhythm and blues. Presley lit a fire under the likes of John Lennon and Paul McCartney, and they and many others quickly picked up guitars to follow in their idols footsteps.

America in the 1950’s was a completely different proposition to staid old England. After WWII the USA re-tooled its wartime munitions factories to create a consumer goods boom unparalleled in human history. America accounted for nearly 60% of the consumption of the world’s consumer goods as cars, fridges and importantly televisions filled every suburban home to bursting. Envious English eyes looked on in amazement at this land of milk and honey, embodied by its iconic Hollywood movie stars and its vibrant music. England attempted its own brand of rock and roll but came closer to Pat Boone than Elvis with the anodyne Cliff Richard and Tommy Steele, pale imitations of America’s chart topping icons. Bizarrely enough it wasn’t rock and roll, but folk music that led many of England’s youths to becoming amateur musicians, as Lonnie Donegan’s skiffle hit, ‘The Rock Island Line’ started a craze for washboard percussion and tea-chest bass, which required little or no musical skill.

John Lennon picked up a 4 string banjo and formed a skiffle group, embracing the craze with his typical ferocity. Lennon co-opted the musically superior McCartney into his group (rather than see him set up as a rival) and Paul brought in the gifted guitarist George Harrison to further bolster their chances of success. As America entered a period of stasis and conservatism in pop music as the first flush of the Presley led attack waned, replaced by the gormless pap of the ‘Bobby’ period, where lightweight singers like Bobby Vee and Bobby Vinton became the chart idols du jour. Elvis went into the army and many, including Elvis and his huckster manager, The Colonel, assumed the rock and roll fad had run it’s course. Ironically, during the height of the Cold War era, when America was militarily throwing its influence around, it failed to realise that it had actually sent 2 and a half minute song missiles around the world to culturally conquer and thrill foreign ears, or that they would be digested and returned with interest.

John’s musicality became much more potent after Paul joined the band, as he and George helped to educate John about guitar chords, John only knowing the banjo shapes his mother Julia had taught him. John roped in his art school friend Stuart Sutcliffe as a bass player and together with Paul, George and Pete Best on drums they left for the carnal delights of the German city of Hamburg, and forged an exiting and vicious brand of rock and roll in its entertainment furnace, the Reeperbahn. The Beatles, as a band and as young men, came of age in the beer halls of Hamburg, the inebriated cries of the locals to ‘mak shau’ (make show) urging them on to even greater heights of intensity and zest. Emboldened by the success of their brand of rock and roll, essentially the ‘punk rock’ of its day, the Beatles returned to Liverpool and dared to dream of a career in the music business.

At this point in their story a Liverpudlian record retail figure named Brian Epstein became involved in the ambitions of the band, taking them on as a client and becoming their manager. Epstein eventually signed them to Parlophone, a low level label best known for the comedy records of Peter Sellers and The Goons within the EMI stable, and by the skin of their teeth they released an original Lennon/McCartney song as their debut in late 1962 ‘Love MeDo’. A regional hit, it allowed the boys to follow it up with the infectious ‘Please PleaseMe’, their first British number one record, and Beatlemania was born. Europe fell into line and succumbed to the charms of the now quartet, Ringo Starr having replaced Pete Best in the drum seat, and Stu having been sacked by John and Paul, before tragically dying prematurely in Hamburg. In early 1964 America beckoned as the last great territory to conquer, a heretofore unthinkable scenario for a British act. The Maysles film documents the end result of this first phase, and the Sullivan Show performances demonstrate how tight and good they were then as a musical unit, overnight success born of a thousand hard gigs in Hamburg and up and down the British roads, and sets the scene for a remarkable future.

The Beatles: The First US Visit  perfectly captures the joy and the madness of a country throwing off its collective sadness after the end of ‘Camelot’ and the Kennedy assassination. The Cold War and the Cuban Missile Crisis had set up a national psychosis that needed release from the pent up paranoia and fear, and Middle America embraced Beatlemania as a drowning man would a lifeline. The irony that a British group could bring back the American rock and roll that had so invigorated the country years before was not lost on the likes of Bob Dylan, who promptly got his own raucous backing band and made Bringing It All Back Home. The documentary also serves as a semi-template for the bands first feature film, A Hard Day’s Night,  which by necessity of its ‘day in a life’ approach replicates many of the situations.

The Maysles came from the Direct Cinema  movement, roughly the North American cousin of Cinéma vérité, and the aesthetic adds to the charm of the document as it retains an authenticity and lack of artifice so commonplace in any modern documentary work on major pop culture figures. This is crucial as the work is not mere propaganda, but an accurate reflection of the experience the band enjoyed in America, from the disarming of the hard nut press corp, to the antics of the tragically hip DJ Murray the K, desperate to be connected to the youth culture touchstones, comb over and all.   The expanded feature from 2003 is essential viewing, as is the superb 'Making of'  featurette. 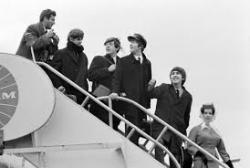 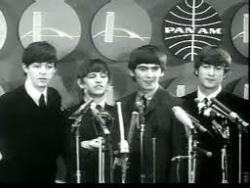 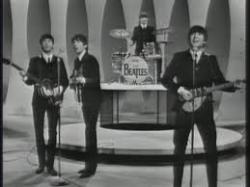 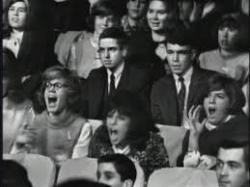 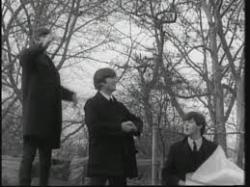 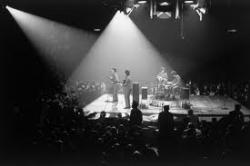 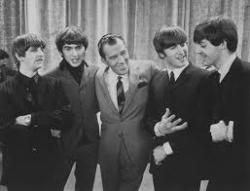 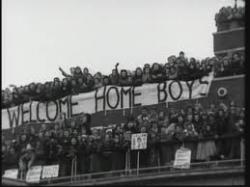