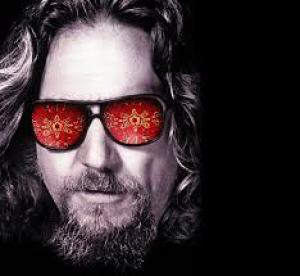 Politics?! Coens drop in to see what condition the neo-con-dition was in!

"Nihilists! Fuck me. I mean, say what you like about the tenets of National Socialism Dude, at least it's an ethos."
~ Walter Sobchak

Joel and Ethan Coen, those immensely talented cinematic siblings, are rarely spoken of with the word ‘political’ being mentioned, but some revisionism may be due, at least in terms of their ‘stoner Big Sleep’ from 1998, The Big Lebowski.   Slate may have noticed a certain subtext in 2008, and duly wrote an article noting the neo-con tendencies of the character Walter, but I certainly noticed it in during a re-viewing in mid 2014, and it’s with this in mind that I take pen to paper. The brothers were in a great space coming in to this film, having had the success d’estime  of the wonderful Fargo,  feted and awarded the length and breadth of the globe. The Big Lebowski  certainly wrong footed many fans, its quirky charms returning moderate box-office business even though it contained three Coen favourites in John’s Goodman and Turturro and Steve Buscemi. It has since become a cult favourite, and with good reason.

The plot involves a rug, a classic McGuffin in the Hitchcock-ian sense, a rug that “really tied the room together,”  and it’s the defilement of the rug, in a case of mistaken identity, that causes its owner to seek redress. Jeff Lebowski (Jeff Bridges) is laid back to the point of inertia, a California Dude muddling along in a haze of dope and good vibes when his reverie is rudely interrupted by the rug defiling thugs. Dude tracks down the intended victim of the violence, the ‘Big’ Lebowski (David Huddleston), an uber-capitalist with a young and sexy trophy wife who has caused the problem. The Dude gets inextricably caught up in the machinations of the wider Lebowski family as Maude (Julianne Moore) hires him to recover the lost ransom money. The ransom was botched in a comical exchange by the Dude’s friend Walter (John Goodman) who employs his ‘Nam influenced philosophies in adding his pacifist friend.

The film is a comment on opposing philosophies, the ‘slacker’ ethos of the Dude versus the Capitalist creed of the Big Lebowski where “the bums will always lose”.  The Dude is an American everyman in many ways, (and one of the bums) bumbling along in an isolationist haze, unaware that his leaders are poking their noses in the business of others around the world in their name. The Coen brothers set up a potential political reading of the film in several ways, by setting the film in the time of the first Iraq War and George H Bush’s US led incursion against Saddam Hussein. The Coen’s use TV footage of George Bush to underscore the context and then create two neo-con characters, Walter and Lebowski the elder to voice the philosophies of the right wing. Lebowski berates the Dude as a bum and Walter seeks a ‘military’ solution to every problem. It may not be too cute to see a parallel between the bowling alley rules and the problems of the wider society when a hapless bowling opponent literally crosses the line and that sparks a gun brandishing Walter tirade of epic proportions, “You are entering a world of pain!”

The Coen’s seem content to suggest that the dichotomy in the American psyche is such that the gap between the ‘elites’ who meddle in world affairs and their apathetic constituency is sustained and promoted for that very reason, i.e. it suits the governing class to keep the voters ignorant and unengaged. The ‘world’s policemen’ seem to have an endless succession of Walters, men who respond emotionally to a perceived threat, or worse, an incompetent lightweight like The Dude, who is out of his depth in a kiddies’ wading pool. Are these the kind of people we need bringing ‘peace and democracy’ to the world? This disconnect is subtly alluded too with a shot of Nixon bowling and with an appearance of Saddam Hussein as a bowling alley attendant. The Dude attempts to pursue the neo-con strategy by echoing the Bush doctrine when he confronts Lebowski senior by parroting “this aggression will not stand”  but he doesn’t have the ruthlessness to back it up, his edge dulled by an endless succession of White Russians.

The Coen brother’s bookend the piece with a laconic cowboy motif, opening with a deathless Sam Elliot voiceover and closing with a comment on how, “the whole darn human comedy keeps perpetuatin’ itself.”  Elliot appears like an anachronistic cowboy mirage in the bowling alley to the Dude, sorely in need of sage advice, and underlines the pervasive idea of America as the ‘white hat’ hero coming to the rescue, at least in their own mythology. The cowboy’s philosophy seems to suggest that the Dude has the right take on things and his humanist maxim of ‘do no harm’ will see things right in the end, taking comfort in the fact he’s always there, “the Dude abides.”  It’s an updated echo of the line from Night of the Hunter  where we are told the same thing about innocent children. Ultimately it seems to suggest the Coen’s prefer the Dude’s humanism (and Donny’s good heart) to the dog-eat-dog authoritarian fascism of the older Lebowski or the hair trigger militarism of the Walters of the world.

As with every Coen film the casting on this one is top shelf. The brothers employ regulars John Goodman and Steve Buscemi as the bowling buddies for The Dude and both deliver wonderful characterisations. Buscemi’s Donny is subdued and understated, stark contrast to Goodman’s over-the-top and then some Walter, and both are a sweet counterpoint to Jeff Bridges’ iconic Dude. Bridges delivers a brilliant and committed performance, unafraid to push the envelope and he finds a way to cohere the various elements from stoner philosophical rambling chats with his buddies to wild fantasy sequences that approximate Busby Berkely on acid. The brothers pack the film with subtle and sharp observations from Julianne Moore’s arch avant garde artist, to the Kraut rock meets Baader-Meinhof shtick of the batty German trio (with a cameo from a 9-toed Aimee Mann!). The brothers also press a First Edition song into service in a surreal, dream sequence, I Just Dropped In, (To See What Condition My Condition Was In)  - ironic given that conservative country figure Mickey Newbury wrote it as an anti-LSD song!

The brothers were mining a rich vein of form during this era, but would hit a creative wall after the very fine O Brother Where Art Thou?  in 2000. They recovered in the mid 2000’s with the astonishing No Country For Old Men  and currently show no sign of dropping off the quality. Joel and Ethan let their freak flag fly with The Big Lebowski,  both lampooning and affirming the slacker/stoner ethos of The Dude, and as with the best satire it can only work when the observer feels affection for the observed. The film is a gentle repudiation of the neo-cons, a declaration that the bums don’t always lose, and it’s a magic carpet ride for fans of the brilliant and quirky Coen prestidigitation. 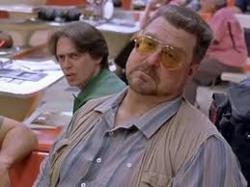 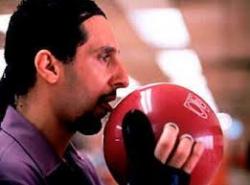 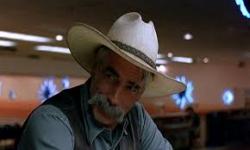 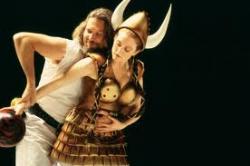