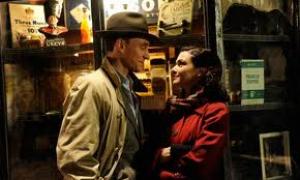 Davies moves up a class

Terence Davies has managed to carve out a singular territory as an auteur in the truest sense, his films are personal and heartfelt, intelligent and emotional, and with The Deep Blue Sea he may have delivered his definitive, non autobiographical masterpiece in an already distinguished career. Davies is justly lauded for the accomplishments of his early masterworks, Distant Voices, Still Lives and The Long Day Closes, focusing as they do on  elements of the upbringing Davies experienced in Liverpool in the 40’s and ‘50’s, using songs of the period (a la Dennis Potter) to underscore the emotions and travails of the characters. In The Deep Blue Sea music and image are again inextricably fused in a deeply satisfying way, but the actors are used in a more conventional sense rather than the docu-drama approach of the early work, where they seemed almost to be non-actors in the Neo-realist fashion.

Hester (Rachel Weisz) is writing a suicide note, “This time I really do want to die”, as she turns on the gas in her small London flat, lies down and waits. In a series of flashbacks we learn what has brought her this desperate condition, finding out about her dull marriage to Bill and of her steamy affair with Freddie. Hester has been awakened sexually by her attraction to Freddie, something she knows Bill will haughtily condemn as “the pettiness of the physical”, she attempts to resolve the tension her feelings reveal, and to find a modicum of stability with the dashing and mercurial Freddie. “They can’t ration everything” is Freddie’s modus operandi. Bill’s mummy warns, in a withering tone, “Beware of passion Hester, it always leads to something ugly”. Hester is caught between the devil and the deep blue sea.

Davies work, in true existentialist fashion, consistently explores the possibilities of discovering the transcendent in the everyday, and in The Deep Blue Sea he pursues the impossibility of passionate love in a culture that makes a virtue of emotional repression and mediocrity. Davies has repeatedly essayed the travails of the English working class, but here he focuses on the middle to upper class as they struggle to reconcile life in a post WWII environment. The film opens with separate title cards ‘London’ ‘around 1950’, an indication of its impressionistic intent and desire not to pin anything down to an exacting level, but to give a feeling to the viewer rather than forensic detail.

Davies adapted the 1952 play from Terrence Rattigan, written in the period after WWII as Britain struggled to regain a sense of herself in a rapidly changing world. Freddie is typical of the dilemma many men faced, an ex-pilot who fought the Battle of Britain but has since hit the bottle, acutely aware that he will never do anything as exciting, dangerous, exhilarating and meaningful again. Freddie is a glamourous shell, but damaged goods, and Hester longs for her own “fear and excitement” in taking a chance and attaching herself to the uncertain future that Freddie represents. Bill is in stark contrast to Freddie, a stable and dull suburban type, with a domineering mother problem. Davies is careful not to reveal the social status of Bill too early and allows his arc to progress unexpectedly, fleshing out the character and making him much more than the usual cipher. In this way Davies finds common ground between the brutal ‘kitchen sink’ style honesty of the 1960’s British New Wave and the more poetic imagery of the arch romantics like Ophuls and Sirk.

The cast are pivotal in realising the depth of Davies’ vision, and the three main players are superlative. Rachel Weisz gives a career best characterisation as Hester, covering the gamut of intensity required with style and poise. Her honesty is matched at every point by the wonderful Tom Hiddleston, who inhabits the roué that Freddie is, charmer and rogue, and never plays him as a cheap cad. We need to believe that he’s as devastated as she is in their dilemma, and he succeeds brilliantly. The pleasant surprise is the support from Simon Russell Beale as Bill, who carries off something of a three card trick in unlocking the levels of the character, it s a superb and understated performance. Ann Mitchell is lovely as the landlady, and her summation to Hester of what true love means, “wiping someone’s arse”, is touching, pragmatic and real.

Davies shines again with his flair for framing, the theatricality of the set up never intrudes or distracts as he manages to make the limited sets work as subliminal atmospherics. The opening sequence is pure silent cinema, with the exquisite Concerto for Violin and Orchestra Op 14 by Samuel Barber as the melancholic sound scape upon which he paints. Davies final sequence, with its bookend ‘slice of life’ motif is pure visual poetry as we see a distraught Hester again sit in front of the gas, and the result is rendered in a delicate and hopeful grace note. Davies use of music ranges from his trademark pub sing-a-longs, to starkly minor classical tones. The gorgeous tune of You Belong To Me, nicely rendered by a carousing pub group is counterpoint to Hester and Freddie’s realisation that they can never truly ‘belong’ to each other, “We’re lethal for each other”,  Freddie says in a rare moment of clarity.

"Fly the ocean in a silver plane, see the jungle when it’s wet with rain,
just remember ‘til you’re home again, you belong to me".

Freddie rejects the chains Hester offers, and needs to find the sky again, just as Hester rejected the chains her life with Bill represented, and nobody seems to win. Hester is at least true to her nature, much against the common wisdom of accepting a loveless marriage because it’s the ‘done thing’. Rattigan goes one step further than Lean in Brief Encounter, where the war was some excuse for an adulterous affair, but here the war is done and people must deal with a less heightened context, distilling the choice to its base rationale, and Hester follows her passions in a very un-English way.

Davies ability to frame period drama and yet to make them utterly relevant to modern sensibilities is rare in modern cinema, possibly equalled by Todd Haynes’ homage to Sirk, Far From Heaven, but in The Deep Blue Sea he provides another beautiful study of the human condition, fully realised and brutally honest. Captivating storytelling and cinema at its best. 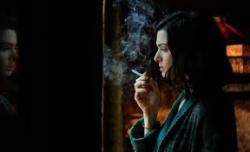 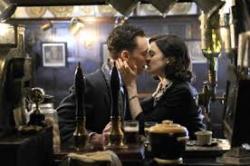 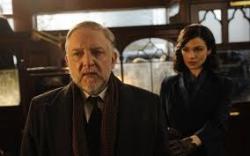 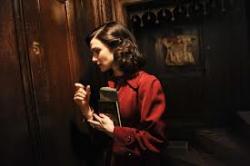