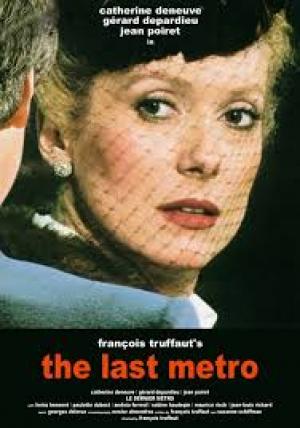 "I have always preferred the reflection of the life to life itself."
~ François Truffaut

By his own admission, François Truffaut had multiple inspirations to make this war time thriller, The Last Metro. He had wanted to make a film about the Nazi occupation he lived through as a boy for many years, and also wanted to make a film with Catherine Deneuve where her character had greater responsibility on her shoulders. A third ambition was to show the backstage world of the theatre, in much the same way he’d laid bare the workings of the film world with his valentine to filmmaking, Day for Night in 1973. Deneuve was paired against rising young star Gerard Depardieu, and supported by a fine ensemble cast including Jean Poiret, Heinz Bennet and veteran Paulette Dubost.

In 1942, former movie-star Marion Steiner (Catherine Deneuve) runs Théâtre Montmartre in the absence of her Jewish husband, who is said to have fled to America to escape the Nazi Occupation. Marion juggles the concerns of running the business on her own while mounting and starring in a new production, featuring a troublesome new young actor, Bernard Granger (Gerard Depardieu). Virulently anti-Semitic critic Daxiat is a thorn in the productions side as they struggle to balance the dangers of the censorious new regime shutting them down and providing a hit to entertainment hungry audiences who, because of an 11PM curfew, all need to get out in time to make the last metro. Failure means loss of the business and her husband’s legacy.

Truffaut experienced the Nazi occupation first-hand as a young boy, and he was determined to show the reality of the situation through the prism of the arts industry. At one level the problems posed by the occupiers proved both functional and practical, and different people took different paths in finding solutions, leading to all kinds of accommodations and recriminations. Truffaut does not shy away from showing the utter banality of the Nazi presence, as the ubiquitous grey uniforms appear without fanfare or menace. The Nazi threat is understated, and mostly relates to the threat to the Jewish artistic community, forced underground of to work under pseudonyms. Lucas Steiner (Heinz Bennett) is emblematic of many film or arts industry Jews who were effectively blacklisted, a situation ironically mirrored by the Hollywood Blacklist a decade later. Truffaut meticulously researched the era and included some real-life incidents in his fictional story, especially the actor-punches-critic bit, from Sacha Guitry’s autobiography. He was also inspired by actor Jean Marais, who also covertly worked for The Resistance, as did Truffaut’s Uncle and Grandfather.

Catherine Deneuve anchors the piece and is its beating heart, a woman who has stepped into the ‘man’s’ role of theatre manager, and mirroring that she actually has to be the stronger, more ‘masculine’ of the two in her marriage, calming her panicky ‘feminine’ husband when escape plans go awry. Gerard Depardieu’s vitality is a fine foil for Deneuve’s restraint – whereas Marion seems emotionally bound by the responsibilities she carries, Bernard is unfettered in every way, pushing his luck with every woman who takes his fancy and against the Nazi occupiers. Bernard can’t actually believe Marion won’t fall for his shtick, accusing her on not loving her husband anyone, such is Marion’s reserve that we are not altogether sure where the relationship stands, but her unhappiness in that regard is hinted at in a couple of scenes, as Marion’s icy façade crumbles. Deneuve is able to convey toughness and tenderness as Marion, leaving no doubt that beneath her calm exterior she wishes she could be as free as Bernard, and able to give in to her repressed feelings for the roguish actor.

Truffaut presents a Paris living a lie, outwardly functioning but at the cost if its identity and dignity. Under such conditions even small resistances are valuable pearls of protest, for the majority of Frenchmen were caught in the middle, neither joining the Resistance of actively collaborating, in effect putting on a mask and waiting the occupiers out. In a society concerned with presenting an acceptable face under a great existential threat, Truffaut affirms that what lives in the heart is sacrosanct, and that secrets exist in all those shadowy places and that’s where his interest lies.

The Last Metro is a tribute to survival, not a documentary about the Nazi occupation. Truffaut was criticized for not showing more of the German presence, but it is precisely because he leaves it at the edges that the effect of the occupation is underlined. He has a collaborationist newspaper with the power of closing the theatre and affecting many livelihoods, he has Marion having to crawl to the Nazi bureaucracy, these are not insignificant humiliations. The life of the artist is Truffaut’s concern, day to day accommodations that enable life to go on with a patina of normality is the quiet reveal in this piece.

François Truffaut was very much the inheritor of the humanist cinema of Jean Renoir, and here it shows at its apex. Truffaut more or less became Renoir’s adopted son during the ageing director’s final years, spending a lot of time with the master at his house in Los Angeles, consulting and advising Renoir on many issues. The warmth Truffaut has for all his theatre troupe here is evidence of his love of art and its singular place in human affairs. When Winston Churchill was asked why he was against cutting arts funding in the depleted times post WWII he replied, “Well, what were we fighting for?” The Last Metro was Truffaut’s most successful film commercially, winning 10 César awards, the French equivalent of the Oscars, and was the product of a director at the height of his powers and his last masterpiece, he would be dead within 4 years at the age of 52. 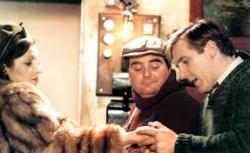 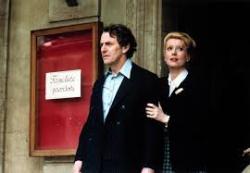 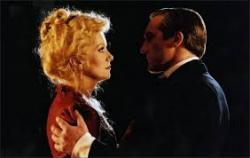 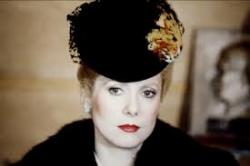