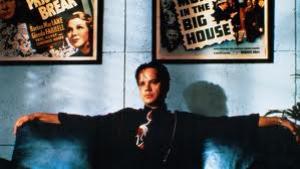 Altman goes to the movies

Robert Altman turned his perceptive gaze towards the movies and produced one of the best of all ‘Hollywood on Hollywood’ films in his acerbic and darkly satirical The Player. The ironies in this relatively late career move were rich indeed, as Altman had spent many years battling the studio system after his mainstream blockbuster M*A*S*H made 20th Century Fox a fortune, but subsequent commercial flops ensured he spent many years prior to The Player  working in low budget independent features. The film is full of sly references and inside jokes on Hollywood lore and methodology, simultaneously celebrating and disparaging the institution in equal parts. Altman’s reputation attracted massive star support for the project and, as well as a first rate cast of leading ‘players’, he utilised 60 recognisable ‘name’ actors in cameos, all enjoying the 124 minute joke.

Griffin Mill (Tim Robbins) operates in the mostly short lived world of the movie studio executive, spending his time saying no to most of the pitches he has to listen to.  Griffin’s position is threatened by the arrival of new wonder-boy Larry Levy (Peter Gallagher) and he also starts to receive a series of death threats from a disgruntled writer. An attempt to clear the air with the writer he suspects leads to the writer’s death, and Griffin is soon juggling a police investigation into the incident with an attraction to the writer’s girlfriend, June (Greta Scacchi). Mills attempts to derail Levy’s ascendance by letting him produce a sure fire flop, and drops his own writer girlfriend Bonnie, a writer with integrity and passion, as he seeks comfort in the arms of June.

One of the primary joys of The Player is its verve and sparkle, as Altman delights in every aspect of the dissection of the business. He begins with a character waxing lyrical about the opening shot of Orson Welles’ noir masterpiece Touch of Evil, which held the record for a continuous shot, 7 minutes and 47 seconds without a cut, before Altman goes on to eclipse that time in a whirl of activity and complex moves. The conversations contained within that sequence speak volumes about the commercial movie business, as try-hard wannabes pitch spiel after spiel of remakes and remodels, (Graduate Part II) that all will star Julia Roberts and Bruce Willis, the biggest box office names of the time. “Out of Africa meets Pretty Woman” or the hilarious “Ghost meets The Manchurian Candidate” are typical pitch lines, as writers and producers jostle for the lottery win of the ‘green light’.

Writers generally have no clout in Hollywood, mere functionaries at the beginning of the production line process. Despite some directors valuing their work, like Howard Hawks who averred “I am a coward, I won’t make a film without a good writer”, the idea of a writer with industry muscle is a long standing joke (see Barton Fink). When Griffin receives the first threat, “In the name of all writers I am going to kill you”, Altman sets the satirical premise, that of the imbalance of power between the ‘creatives’, i.e writers, and the functionaries, studio execs. The gag is extended by a Hollywood exec having to go to a screening of the Italian neo-realism masterpiece Bicycle Thieves, and to attempt to expound on its worth. The path to the final conceit confirms Griffen’s assertion to June, “If you don’t suffer, maybe it wasn’t a crime”? Altman and writer Michael Tolkin extend the insult to all writers by tacking on the obligatory Hollywood ending, deliciously utilising most of the classic arguments they’ve debated through the film, “Happy endings, what about reality”?, screams screenwriter Tom (Richard E. Grant), but reality has little clout in the dream factory.

Tim Robbins is excellent as Griffen, seemingly decent but incrementally corrupted and complicit in the process. Scacchi is lovely as the mysterious girlfriend and Gallagher is fine as the oily Levy. The added fun is the amount of star spotting as the screen is peppered with famous faces; some with lines and some without, seemingly everyone in Hollywood wanted to get in on the act. Altman works up to the self referential gag that closes the film, and gleefully leaves the outrageous idea hanging that killing a writer in Hollywood is of no consequence and has no consequences, especially when the box office is boffo.

Altman worked in cinema for 50 years, and only a relatively small time of that was in association with major studios, but his travails and insight infects every level of The Player. Ironically the film saw Altman nominated for a Best Director gong, and he won the equivalent award at Cannes as the acclaim revitalised his career. Altman rode the wave to his next project and one of his very best films, Short Cuts, his very un-Hollywood essaying of a series of Raymond Carver short stories.  The Player remains one of his signature achievements, acerbic, witty and thoroughly enjoyable. 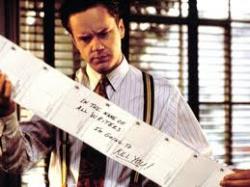 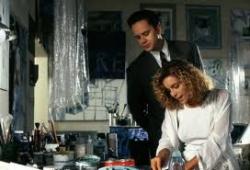 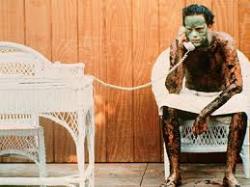 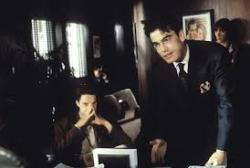