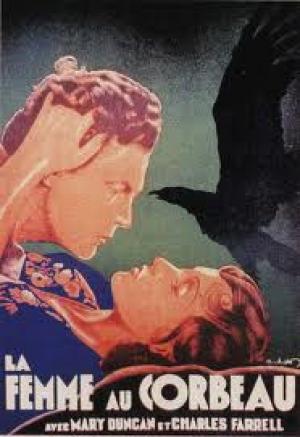 Frank Borzage's 'The River', lost until recently like his 'Street Angel' before it and 'Lucky Star' after, is something of an anomaly. Though about a third of its footage is still missing, it is probably a better film than it would be in its complete form. What we no longer have is the beginning and the end. This may sound like a recipe for frustration, but what the missing footage contained are the melodramatic plot elements that lead up to and follow the essence of Borzage’s story. It's like a Hitchcock film without the Macguffin, just Cary and Ingrid or Jimmy and Grace. A man and a woman meet, become acquainted, explore each other more deeply, and come together in what may be the most intensely erotic pas de deux ever filmed. This film has got to be seen to be believed!

The couple are played by Charles Farrell and Mary Duncan who is a more sophisticated and experienced partner to his character than Janet Gaynor had been in the two previous films. The latter is still one of the great actresses in the history of film, but Duncan’s expression of a mature, womanly sexuality was unprecedented, even in Borzage, and hard to match to this day.

While Janet Gaynor and cinematographer Ernest Palmer were working with Murnau on the lost '4 Devils', Borzage prepared 'The River', from a novel by Tristram Tupper, a popular writer of the time who also provided the stories for the director’s earlier 'Children of Dust', another lost film, as well as his subsequent 'Lucky Star' and John Ford’s early talkie, 'Salute'. 'The River', like Borzage’s subsequent 'Lucky Star' and Murnau’s masterful 'City Girl', also with Duncan and Farrell, suffered from being released at a time when audiences and reviewers had put aside their interest in film for the novelty of talkies.

The French, switching to sound a bit later than the US, embraced these great late silent American films whole-heartedly. At the time, Jean George Auriol wrote, “Thanks to Mary Duncan, Frank Borzage was able to make 'The River', undoubtedly the most lyrical love film ever made. Don’t take your eyes off her: she glows, burns, trembles, her teeth are dangerous, she undulates, leaps up, escapes—passion has taken hold in Mary Duncan and drives her to madness; fear curls her lips for an instant, slides along her flesh, flames in her eyes which shed pearls, she fears that this formidable, ravishing passion she adores and that will sink her.” One might not entirely agree with Auriol’s interpretation, but he clearly and emphatically demonstrates the impression made by 'The River' in France.

On September 6, 1928, the day after shooting was completed on 'The River', F.W Murnau took Charles Farrell, Mary Duncan, Ernest Palmer, and Harry Oliver to Pendleton, Oregon to begin 'City Girl', then called 'Our Daily Bread'. The Murnau-Borzage influence and admiration was quite mutual. Filmos Selectos in Madrid reported that after a screening of '7th Heaven', Murnau exclaimed, “I would much rather have made a film like this one.” His 'City Girl' and 'Tabu' both display a depth of feeling not seen in his earlier work. 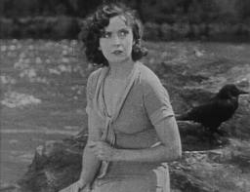 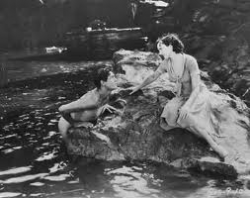 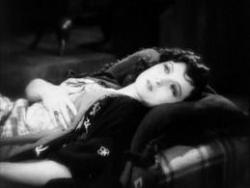