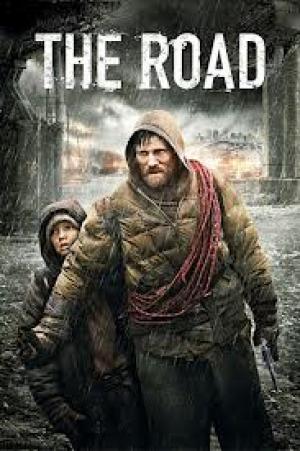 Australian director John Hillcoat’s version of Cormac McCarthy’s 2006 post-apocalyptic novel, ‘The Road‘ is simply one of the most affecting screen representations of the hard wired human will to survive ever committed to celluloid. The source novel, a Pulitzer Prize winning effort is well served by Hillcoat, who delivers a harrowing and effective screen version, unsentimental and unfussy, a masterpiece of existentialist cinema. Hillcoat made his name with 2005's 'The Proposition', an over-heated Australian period 'western', after having spent many years making music clips for various acts. In 1988, Hillcoat collaborated with noted Australian musician Nick cave on the excellent 'Ghosts of the Civil Dead', and his association with Cave continued through 'The Proposition', and 'The Road', which owes it's haunting score to Nick Cave and Warren Ellis.

A Father (Viggo Mortenson) and son (Kodi Smit-McPhee) are sheltering in a desolate wasteland, half starved and battling to avoids roaming gangs bent on cannibalism. The Father dreams of his wife, (Charlize Theron) and happier times, which we experience via the flashbacks on their journey and we discover the reason she is no longer with her family.  The Father shows his son their gun, with 2 bullets left, and instructs him on how to use it if they are taken by cannibals, i.e.  a self administered bullet to the head. Father and son barely escape a roaming pack of armed, hungry men, and seek shelter in a nearby house, only to again confront the dark reality of a world gone bad. They enjoy a brief respite when they find a supply of food and determine to set out for the coast in the hope of finding like-minded people of goodwill.

Hillcoat’s application of a sparse and austere visual landscape, and his rendering of nature stripped bare of any warmth and comfort chimes perfectly with the central metaphor of ‘the road’. A road is an invitation into the unknown, and in a future devoid of any benign references, it simply means that around every corner there may be disaster. The stress and tension builds as the beleaguered pair scout the terrain for any indication of sustenance or respite.  In this environment, the concept of hope is almost lost, and the tension exists between the Father’s insistence that ‘we’re the good guys’, and the reality of a world seemingly devoid of ‘good’ in any form.

'The Road' is also a powerful affirmation of unconditional parental love, where a Father’s determination to see his son survive drives him on through unimaginable hardships. "The child is my warrant, if he is not the word of god, god never spoke", is how the Father eloquently states it. The Father pushes on in a godless world, but worse than that, a world devoid of humanity. They stumble upon an old man (Robert Duvall) who utters the words that neatly ties the two concepts, "Whoever made humanity will find no humanity here".

Hillcoat avoids the Hollywood trap of focussing on special effects or on the exposition of what happened to the world, sufficit enough to stay with the personal drama playing out in the wider context of a world destroyed by man. When everything we have built up is gone, the infrastructure both societal and physical, then what is left? As McCarthy himself said, "When everything's gone, the only thing left to eat is each other." He examines what it is to be reduced to pure animal need, and after the 'Lord of the Flies' style disaster of Hurricane Katrina in New Orleans, his questioning had an added piquancy.

Viggo Mortensen continued to prove himself a versatile and worthy actor, after the mega-stardom of the 'Lord of the Rings' trilogy permanently skewed public perceptions of the veteran performer. He anchors the piece with a quiet dignity and strength, and his rendering of the characters deterioration due to illness is beautifully weighted, as the dawning realisation that he can't hold on to life takes hold. Kodi Smit-McPhee does well as the Son, and the support roles are filled to perfection by a downbeat and unforgettable Charlize Theron as the wife, Duvall as the Old Man, Michael Kenneth Williams as the Thief and gifted Australian Guy Pearce as a fellow 'good guy'.

'The Road' is compelling drama, the antithesis of bloated Hollywood fare, or the quasi porn-violence associated with post apocalyptic epics. Hillcoat has fashioned a sombre tone poem of enormous depth and resonance, a timeless and powerful classic that will stand for many a year. Give the morass of home-grown Australian films in the last 20 years, mired in mediocrity and soft populism, it's bracing to see talent like Hillcoat and fellow Aussie Andrew Dominik move easily into the front rank of directors. With A-grade efforts like 'The Road' and 'The Assassination of Jesse James by the Coward Robert Ford', it's hoped they take a line from Dylan's song and think about 'Bringing it all back home'. 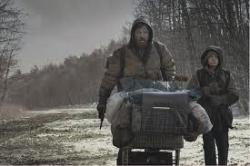 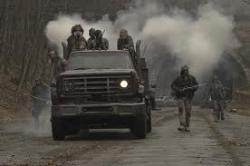