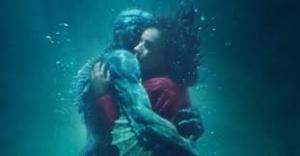 The Shape of Water

"Unable to perceive the shape of you, I find you all around me. Your presence fills my eyes with your love, It humbles my heart, For you are everywhere." ~ Opening voiceover

Guillermo del Toro finally scratched his Creature From The Black Lagoon itch by making his own version of the Beauty and The Beast meets Cinderella myth in the warm-hearted fable, The Shape of Water. del Toro had a long fascination with the 1950’s B-film monster classic from Universal and was in discussion to remake the picture for them, pitching a more romance driven vision between the leading lady and the creature, but Universal passed and eventually del Toro and his script partner Vanessa Taylor wrote a variation on the theme. Sally Hawkins was cast as the lead and Michael Shannon as the villainous military man and del Toro set the picture in 1962, in “The last days of a fair prince’s reign”, invoking a Camelot of a different stripe in his tale of love in a Cold War climate.

Elisa (Sally Hawkins) is a woman in a rut, a dreamer trapped in a mundane life where she lives alone in her apartment above a movie theatre. Her best friend is Giles (Richard Jenkins), a gay man who lives next door and she works as a cleaner in the evenings at a military installation in Baltimore. At the security facility she forms a cleaning team with Zelda (Octavia Spencer), a black woman who can read sign language, as Elisa is a mute, her throat damaged in an incident in her childhood. Colonel Strickland (Michael Shannon) brings an amphibian creature to the facility to examine and research, primarily to keep ahead of the Soviets in the Cold War, but after several fruitless and brutal interrogations the military orders the creature to be dissected and research to continue on its corpse. Unbeknownst to Strickland, Elisa has managed to develop a bond with the creature and upon hearing of the plan she determines to free the creature from the facility with the help of Zelda and Giles.

The Shape of Water is, in many ways, del Toro’s first ‘adult’ feature, as his previous work either takes a child’s perspective, or delight’s in the childish or immature realm of comic books, fairy stories or ‘B’ horror films. Here he embraces the very nature concerns of sexual identity, independence and freedom to live in a repressive environment, through the lens of an illicit romance. Del Toro links several frowned upon liaisons, the girl and the creature, the Colonel and the cleaning woman, the gay man and the cake shop owner and uses each to comment on the limitations of society to come to terms with the limits of permissiveness to happiness. Elisa as a deaf, cleaning woman, i.e., the lowest of the low, is for all intents and purposes invisible to the powerful men at her work, as is Zelda, for reasons of colour. This invisibility gives them cover and power in unexpected ways, and obviously being set in an era where Civil Rights was ascendant and with Second Wave Feminism shortly to arrive, the ripples of their revolt are subtly registered.

The film is full of people with secrets, suggested a layer of activity beneath the veneer of an outwardly respectable world. In this, the creature is a figure from mythology, connecting us to our pre-civilised state, to our animal nature and is the protagonist for the conflict thrown up when those secrets spill out into the open. The authority figures of the Colonel and the Scientist (Michael Stuhlbarg) are no less prone to having secrets than the lower-class workers. The Colonel is a ball of insecurities and has a sexual attraction to Elisa, this and his sense of white, middle- class entitlement leads him to believe she’ll be pliant in performing sexual favours. The fact that she is silent is a further turn-on for the military man, under sonic siege at home with his two young children and trophy wife. The Scientist is a Soviet spy who must take a stand for science in helping to save the creature, thus endangering his own life. Giles is gay, and his history seems to suggest an incident with his former employer that prevents him from openly working as an artist. Elisa has a secret life as a sexual creature, ritually pleasuring herself, dependant on no-one else’s participation or approval.

Colonel Strickland takes out his insecurities on the creature, brutalising the amphibian in sadistic ways. Prone to biblical allusions he outlines the tale of Sampson to Zelda, placing us firmly in the territory of myth, and also rips off his putrid, damaged fingers when they offend him, all in the service of overcoming his overarching insecurity, of both his authority and his manliness. The creature challenges his notions of manliness and Strickland is unceremoniously put in his place by his ranking officer who tells him his future once the creature escapes, “Thirty-six hours from now, this entire episode will be over. And so will you. Our universe will have a hole in it, with your outline. And you will have moved on. To an alternate universe. A universe of shit. You'll be lost to civilisation, and you will be unborn, unmade, and undone.”

Just as Strickland attempts to escape his pain with a surfeit of distracting violence and lust, and Elisa in a world of self-pleasure and dreams of romance, Giles escapes his reality by immersing himself in the daydream shimmer of Hollywood musicals. Giles switches over his television whenever reality intrudes in the form of an item on a Civil Rights clash and dreams of a world where he can be himself and an approach to a handsome young pie seller won’t cause alarm. del Toro uses a racial incident at the counter of the pie shop to plant the seed of Giles decision to stand up for something once Elisa makes the request for help.

Ultimately, The Shape of Water is a romantic and poetic examination of the distance between hearts and of how it can be unexpectedly overcome. The art direction and cinematography are breathtaking, rendering the vision both as retro and timeless in its Deco inspired lines. del Toro extracts beautifully balanced performances form a talented cast, particularly Richard Jenkins and Octavia Spencer. Shannon is excellent as the real monster of the piece, alluded to at the outset, “Would I tell you about her? The princess without voice. Or perhaps I would just warn you, about the truth of these facts. And the tale of love and loss. And the monster, who tried to destroy it all.” Sally Hawkins is the heart and soul of the piece, strong and vulnerable, determined and idealistic, the kind of woman who would stand on the barricades as the nascent feminist movement took its lead from the Civil Rights struggle and an internal war between the Military-Industrial Complex establishment and the Counterculture took the focus from the Cold War.

The Shape of Water is Guillermo del Toro’s valentine to the freaks and the dreamers, to those who hope love and humanity can win out over selfishness and narcissism, in other words a film for its time dressed as a timeless fable. del Toro weaves a Magical Realist spell, as he did with his masterful Pan's Labyrinth, with gorgeous visuals and a pinch on mysticism - Elisa masturbates in water and has three mysterious marks symbolic of gills from a childhood incident in a river, just enough subtext to add a layer of mystery to his dream like palette. A modest classic and an unexpected Best Picture winner, it also garnered Best Director for del Toro with his first ‘grown up’ picture, it should win hearts and minds for many years to come to those open to its charms. 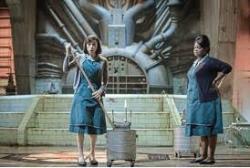 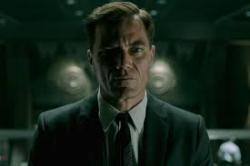 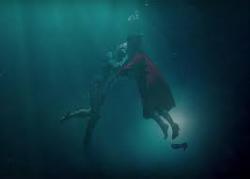