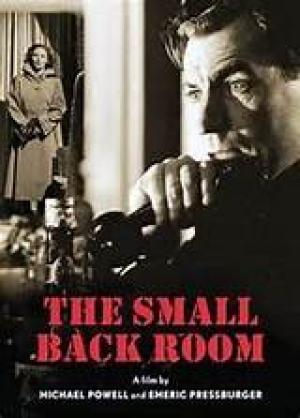 The Small Back Room

“Art is the child of sex and religion.”
~ Michael Powell

In 1948 the singular English auteur Michael Powell, and his indispensable right hand, Hungarian writer Emeric Pressberger, were at a crossroads and left J. Arthur Rank’s organisation after Rank dropped the ball in handling the selling of The Red Shoes,  which subsequently flopped at the box office, even though its status has grown to now see it part of the classical canon. The Archers were at the end of a hot streak almost unparallel in British cinema, a run of vibrant and idiosyncratic gems that still ripple and resonate into the 21st century, when they stepped back and made a very intimate portrait of the cost of war, the excellent and oft overlooked The Small Back Room.  Coming off the rare commercial failure of their masterful, The Red Shoes,  they formed a contract with old friend and industry giant Alex Korda to make two films for his company, British Lion, the second being a colourful musical version of The Scarlet Pimpernel  and the first being this taut black and white war film, based on Nigel Balchin’s novel of a bomb disposal expert whose nerves are shot.

Sammy Rice (David Farrar) is a bomb disposal expert who has had a foot blown off and is seeing out the war in a ‘small back room’, advising on problems and booged down in frustrating bureaucracy. Sammy dulls his pain with pills and drowns his sorrows in a mist of whiskey, much to the chagrin of his long suffering girlfriend Sue (Kathleen Byron). Sammy is drawn back into action by news of a new, smaller bomb being dropped by the Germans, one that is killing children in particular, as Captain Stuart (Michael Gough) calls on Sammy’s expertise to help solve this dastardly development. Sammy is thrown into a new crisis, pushing Sue away as he retreats to the bottle in fear of his response to the building pressure.

Sammy is a shell of a man, emasculated at every level, battling with his demons to make sense of his own sacrifice. The loss of his foot amplifies the impotency he feels in his new situation, a desk bound bureaucrat instead of a man of action, compounded by the pressures of maintaining a relationship with Sue. Sammy lashes out at everyone, “a perfect swine”,  unable to connect with Sue as he pushes her away at every opportunity. Sue senses he’s not a lost cause, but his nastiness forces her to leave him even though she hopes that when he hits rock bottom there’ll be something left if she returns to pick up the pieces. The Archers are working here on the intimate and personal cost of the war on this one relationship, fractured and miserable, the couple are a microcosm for the nation.

David Farrar is excellent as the repellent Sammy, a man so unattractive he engenders little sympathy as a lead, which probably affected the initial box-office in an era where anti-heroes were rare. After starring for Powell in Black Narcissus  and in the film that followed this one, Gone to Earth,  Farrar made his way to Hollywood and did not do well, as James Mason did, his lack of ambition and casual attitude towards his acting career saw him return to England and a run of uninspired roles. Powell always rated him as an actor of presence and his 3 films for Powell remain his finest achievements. Powell reunited two of his Black Narcissus  actors, casting his ex-lover Kathleen Byron as the sympathetic love interest, who is touching and sweet in a very tricky role.

Powell wrote of the formidable Kathleen Byron in the second volume of his forthright memoirs, Million Dollar Movie; “I have always had a special respect for Kathleen, ever since she pulled a gun on me. It was a revolver, a big one, US army issue, and it was loaded. A naked woman and a loaded gun are persuasive objects, and I have always thought that I deserved congratulations for talking myself out of that one. There was a blazing honesty about her that I recognised from the beginning, but which made other people uncomfortable… she looked straight into a situation with those wonderful eyes and made what she wanted out of it.”

The film is full of superb visual compositions and engaging performances, Powell was a stickler for filling the right actors, right down to the smallest roles. Jack Hawkins, Cyril Cusack and Robert Morley effortlessly provide solid characterisations to support the leads and to add atmosphere and authenticity. The look of the film is stark, befitting the austere period in which it was shot, and Powell promoted his camera operator, Christopher Challis, to DOP. Powell even dips into some visual trickery, designed by long term collaborator Hein Heckroth, via a surreal sequence where Sammy fights with an over sized whiskey bottle, something that harks back to Hitchcock’s Dali designed piece in Spellbound.  Powell manages to balance the tension of the bomb disposal work with the tension of a shattered relationship and make both elements effective; he finishes with an extraordinary 17 minute sequence where Sammy faces down his demons in attempting to dismantle the new Nazi threat.

The arc of the Archers relationship with the war is an interesting one, and replicates the wider experience of the British people. Their early war films, like The Spy in Black,  Contraband  and The 49th Parallel  are edgy and action driven, as if the whole ‘show’ is to be a boy’s own adventure, wot! The second wave of films, Colonel Blimp,  A Canterbury Tale  and A Matter of Life and Death,  are more poetic and oblique, reflecting a nation struggling to find a deeper meaning in the ongoing sacrifice. After presenting the war in many different ways, this latter instalment presents the conflict in a darker hue, with an almost docu-realist approach that befits an Italian post-war aesthetic. This is in keeping with a nation counting the human cost in an atmosphere of austerity and post war rationing, a country still paying the price for the costly and disastrous struggle.

The Small Back Room  is Powell’s thoughtful meditation on the personal cost of war on both the men caught up in the action and on the women who love and support them. In the post war austerity the entire world was counting the cost, none more so than the Brits, who for a period stood alone against the fascist jackboot. The film is an homage to the ordinary Brits who stepped into the breech, and its lack or artifice presages the ‘kitchen sink’ realism that would emerge a decade later, and even the more esoteric musings of Pinter and the post Beckett minimalists of the 1970’s.

It’s ironic that Powell should find that the war would become a defining part of his oeuvre and legacy, as his devotion to all the arts is surely the antithesis of all things military, but it did afford him the chance to bring a softer, humanist perspective to the topic and his efforts in this area will stand as the most significant body of work in all of British cinema. 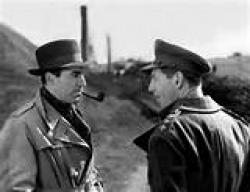 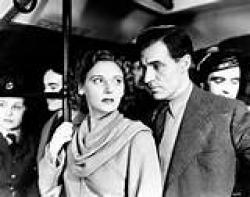 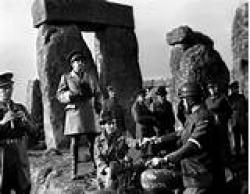 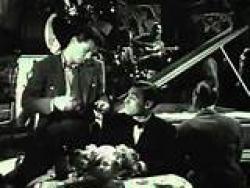 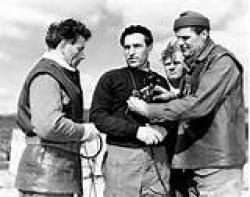 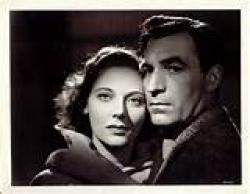