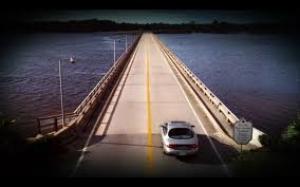 Every modern generation has had to come to terms with its relationship to the mass media of its day, and The Truman Show is Gen X’s attempt to confront the dark side of the ‘reality’ TV phenomena. Kiwi Andrew Niccol wrote the white hot script, which garnered enough interest in Hollywood to allow him to piggy back his own directorial career on the back of its success, and Aussie Peter Weir took the directing reins after Brian De Palma dropped out. The antecedents of the film lay in the essaying of pop culture, similarly observed in Elia Kazan and Budd Shulberg’s A Face In The Crowd in the ‘50’s, Bob Rafelson’s Head, in the ‘60’s and in Martin Scorcese’s The King of Comedy in the ‘80’s. All these films explore in various measure how fame corrupts and how the media manipulates a pliant audience to the benefit of the financial or commercial backers. In Niccol’s sharp update the central figure is the most famous person on the planet, he just doesn’t know it. Weir waited for Jim Carrey to have time to take the lead role, and Dennis Hopper left the film over ‘creative differences’ with Weir over the role of Christof, allowing Ed Harris to step in.

Truman Burbank (Jim Carrey) is the quintessential suburban everyman, a happy lark going about his daily business with his routine unchanging and secure. Meryl (Laura Linney), is his ‘perfect’ wife, beaming and sincere as she constantly cheerleads the myriad consumer products she’s just purchased, as residents position themselves in front of advertising signs or push product placement whenever they are around Truman. Truman starts to suspect all’s not what it seems in his world, as odd random events indicate a deeper ‘reality’. Suddenly, Truman begins to question his life, as his best friend and mother stick to the party line and attempt to maintain the façade. Truman goes on a quest to find the truth about his life, and to see if there’s another world out there for him? Truman tries to overcome his Pavlovian conditioning and must summon the courage to escape to another reality.

Niccol’s script opens with a monologue by Christof (Ed Harris), creator of The Truman Show, the highest rating reality TV show in the world. Christof sets the scene, an elaborate set design of the perfect suburban American dream, straight out of an idealised 1950’s TV world, in reality filmed in a toy town community in Florida. In a place where every part of Truman’s world is fake, Christof says “there’s nothing fake about Truman”. In an ironic interview, where Christof guests on a talk show, the TV host introduces him as a “televisionary” and says “I know how jealously you guard your privacy”, as Christof lays out plans for his ‘character’, who has no privacy at all. Every part of Truman’s life is linked to a commercial proposition, he’s a product and he’s also the ultimate extrapolation of Andy Warhol’s “15 minutes of fame”, stretching out to fill an entire life.

Niccol’s script wears its heart on its sleeve, the lead character’s name combining the notion of a ‘true man’ and of the suburb identified with the golden years of Hollywood’s TV industry in the ‘50’s. Christof is a not so subtle allusion to a creator God, and the dialogue between Truman and Christof takes on a Biblical dimension in the final scene. Niccol presents a nexus between the idea of an everyman in existential crisis and of a world where, “if it doesn’t happen on TV, it doesn’t happen”.  The worldwide audience is reduced to the condition of manipulated voyeurs, it’s innate prurience allowing Christof’s breathtaking exploitation to take it’s uneasy course.

Truman, we are informed, was an unwanted pregnancy, selected from 5 possible babies, and his entire life has been scripted and stage managed for the benefits of TV ratings ever since after his “legal adoption by a corporation”. It’s a neat examination of modern celebrity culture, where people have become anesthetised in their pursuit of distraction via media and Niccol’s script, a decade and a half later, looks eerily prescient. Truman’s ‘co-stars’ are seasoned actors, all willing to milk the cash cow that Truman represents, except for one woman, Sylvia (Natascha McElhone) who starts a ‘Free Truman’ campaign. Meryl, by contrast is little more than a well paid prostitute, contractually having to have sex with Truman with the view to having his baby! She gets caught in some difficult situations as the charade crumbles, but has been made wealthy via the role, and has an eye to a more lucrative contract. After Truman attempts to escape the ‘set’ with her, she exclaims the memorable frustrated thespians line, “How do they expect me to carry on under these conditions”!

Niccol’s barbs at the idea of God are well placed and thoughtful, and bring into question the whole notion of finding worth in a life designed and controlled by a ‘creator’. Christof talks to Truman directly, after the witty and breathtaking conceit of the “cue the sun” moment, informing Truman that “In my world there’s nothing to fear”. What Christof fails to mention is that all the fears that have been instilled into Truman over the years have been tailored by Christof, who merely offers a cure for the disease he’s designed. Truman has a choice (free will), he can elect to choose the anodyne future Christof proposes, or an authentic one with all it’s risks and travails. It’s not too much of a stretch to see Truman confronted with the atheist conundrum, to meekly fall into line with majority, ‘bended knee’ option, or to stand up and accept responsibility for your own life, for all the mystery and possibilities, and for all the good and bad in it, to embrace the glorious uncertainty. Christof is convinced Truman “prefers his cell”.

Niccol’s script was so highly regarded it also led to a directing career for the writer. Initially Niccol negotiated on the basis he would be directing The Truman Show, but Paramount baulked at giving a young untried director a $60 million project, and so Niccol agreed to direct another lower budgeted script he’d written, the superb sci-fi piece Gattaca.  The delay in waiting for Jim Carrey meant that Gattaca was released before Truman, and Niccol went on to writing and directing some fine films, like Lord of War and In Time. Starring as Truman Burbank enabled Jim Carrey to graduate from populist, broad comedy pieces, reliant as they were on his uber-gurning update of the Jerry Lewis persona, to more thoughtful and dimensional roles, and with Truman he proves himself an actor of range and subtlety. Harris brings the requisite gravitas as Christof, playing him as an art film ‘auteur’, a satiric barb at television’s propensity to take itself too seriously.

The Truman Show is a modern classic, instantly distilling all you need to know about celebrity culture, mass manipulation and the pull of lowest common denominator prurience. The ending is a fine summation of what it all adds up to, and a tribute to Niccol’s wit and boldness in a film of the age, and for the ages. 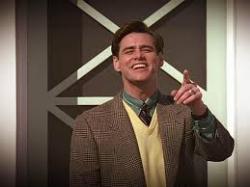