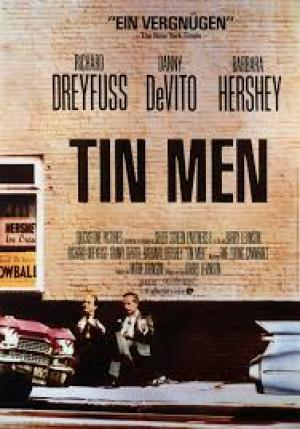 Ennui of a Salesman

Barry Levinson has proved himself the arch observer of the American working stiff in a succession of richly detailed and heartfelt films, none more so than the wonderful, slyly comic Tin Men  from 1987. After the success d’estime  of Diner  in 1982, where a brace of fine young actors got their start, Levinson capitalised in 1987 with two key films, the second of which joined the manic talent of Robin Williams with a broadly comic Vietnam satire in Good Morning Vietnam,  which duly went through the roof at the box office and it's success has tended to obscure the other little gem from the same year. In that effort Levinson opted to reflect on a story set in his home town of Baltimore, examining the prosaic world of aluminium siding and the dodgy tactics some of the salesmen employ to sign up the ‘marks’ as they vie to outdo each other at every turn. Levinson signed on the perfect pairing of Danny DeVito and Richard Dreyfess to play duelling salesman, and the lovely Barbara Herschey to play the woman that gets between them.

‘BB’ Babowsky (Richard Dreyfess) has just purchased a new car, a fitting status symbol for a successful ‘tin man’, top of his tree in the competitive game of aluminium siding sales. He backs carefully out of the car yard in his shiny new steed but is hit by Tilly (Danny DeVito), a rival tin man, but one with a lot on his mind. The two argue relentlessly over who is in the wrong, setting in train a feud and vendetta that reaches into every area of their lives, forcing them to confront and reassess the empty values that lurk at the heart of their existence. Tilly‘s wife Nora (Barbara Herschey) gets inadvertently caught in the crossfire as BB extends his revenge into duping her into a relationship, a ploy that backfires when he falls in love with the unhappily married woman.

The film is set in the years just before the counterculture and the wrench of the Vietnam War, movements that presaged the end of a golden era of middle class prosperity and complacency. America enjoyed a post war consumerist boom unmatched in human history and this economic dominance led to a wide belief in the superiority of the so-called American Dream. The conventional view of the Eisenhower era is one of white-bread conformity and cold war paranoia, but as usual the reality was far more nuanced and it’s this area that Levinson probes. The narrative reveals a layer of character driven conundrums, personal crises and changing circumstances, indeed the tin men themselves fear for a future where their individual flair is curtailed by government overreach as an official inquiry is launched into their more dubious sales practices.

In L. Frank Baum’s immortal series on Oz the Tin Man had no heart, and it’s this subtle resonance that Levinson evokes as the tale unfolds. Just like that fictional character that journeys to Oz with Dorothy, the tin men here need to find their ‘heart’ and to address the vacuum at the centre of the avarice compromised American Dream. BB sees the light after his plot to seduce Nora backfires in an unexpected way and also via the change of heart his colleague and hero Moe (John Mahoney) has. To further underscore the metaphor, Levinson has ‘tin man’ Moe have a change of heart after he has a heart attack, forcing him to reassess what is of real value in his life.

The tin men competitiveness extends to every area of their lives, and the film takes on a bittersweet flavour as it romps along, infusing the undoubted nostalgic tone with an edge and bite antithetical to the faux Happy Days template employed. Levinson evokes the mood of camaraderie he employed in his first feature Diner,  also set in Baltimore, in scenes involving tin men meal scenes in a diner. Tilly and his cronies debate the merits of TV’s Bonanza, “I’m beginning to think that show doesn’t have too much realism”  and argue the minutiae of who ate what and who pays, “I’ll give you a clue, maple syrup was involved”,  “I coulda sworn he had pancakes”!  The dialogue is sweet and crisp, as you'd expect from Levinson who got his fetaure film start as a screenwriter for Mel brooks on Silent Movie  and High Anxiety  and his the love for the characters in Tin Men  is evident, preventing the piece from falling into broad parody. Sam’s musings on BB’s ability to dance the Meringue is hilarious, as is Tilley’s reaching out to God at a smorgasbord, “I’m prayin’ here, go around!”

Levinson slyly hints at one of the darker events in American history through the ‘50s, the McCarthy mentality that gave oxygen to the communist witch hunts. The commission into the aluminium sales industry practices is framed and lit as if it was a HUAC styled investigation, and the deliberate resemblance of the lead investigator to Bobby Kennedy adds a further resonance into the US government pursuit of the Teamsters Union head Jimmy Hoffa. The dubious practices of some of the tin men scams, like Tilly’s "This job is free"   ruse (“I’m a genius”!)  are an indictment on the ‘make a buck’ ethos that viewed customers as ‘marks’ to fleece. Levinson’s sharp and observational satire works at the level of character driven narrative but also as social comment, quietly making the point that an entrepreneurial spirit that attaches itself to a winner takes all model cannot go unchecked bu regu;ation.

The performances that Levinson evinces from his leads are uniformly excellent, all pivotal to the flow and authenticity that he presents on screen. Richard Dreyfuss and Danny De Vito have the showier roles and each do well in bringing their own take on the drive and moxie needed to be a tin man, but it’s Barbara Hershey who stays in the memory with her delicate and heartbreaking characterisation of Nora. Hershey shines as the good hearted woman who is definitely not getting respect or recognition in this macho, dog- eat-dog tale. It’s a quite reminder that the feminism of the second wave sisters, a by-product of the 1960’s counterculture was late in coming for most. Dreyfuss is superb in the role of the tin man who finds his heart, authentically investing his performance with gravity and depth, a necessary counter for De Vito’s broad shenanigans. His scene in the rain with Hershey is a stunner, as the two realise the chance to change and get out of the rut they’re in is a rare and precious thing. Bruno Kirby and Jackie Gayle also need mentioning as the chatty meal companions and John Mahoney proved again why he was one of the best character actors in modern American film.

Barry Levinson announced himself as a director to watch with his assured and engaging debut, Diner,  and also a master of wry, observational dialogue with an inherent and unforced naturalism. Prior to Tin Men  he had a hit with the excellent baseball pic, The Natural  and the nostalgia evoked there was not dissimilar to the tone he explored in his Baltimore reverie. Levinson followed Tin Men  with two huge hits, Good Morning Vietnam  and Rain Man,  films that launched him into the Hollywood stratosphere as an A-list director. His career since has been patchy but always peppered with films of sharp observation and keen wit. Tin Men  is one of his best, oft overlooked but never bettered. 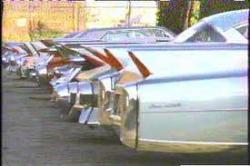 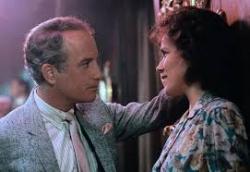 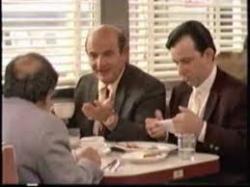 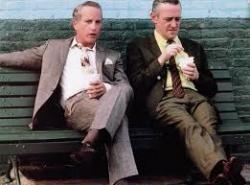 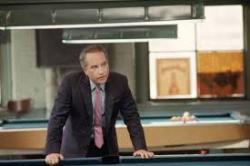