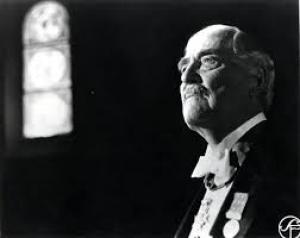 A patch of bleak

"Film has dream, film has music. No form of art goes beyond ordinary consciousness as film does, straight to our emotions, deep into the twilight room of the soul."
~ Ingmar Bergman

After Ingmar Bergman rose to European attention with his masterful Smiles on a Summer Night,  and then to international regard with The Seventh Seal,  he delivered a heartfelt meditation on ageing and regret with Wild Strawberries,  which furthered his burgeoning reputation and prominence. Bergman had been making fine films in Sweden for over a decade when his Annus Miraclus  of 1957 came along, and from then on he was considered one of the finest directors on the planet and one of the father of cinematic modernism. Wild Strawberries  provides a link between classic Swedish cinema and the modern via the canny casting of veteran filmmaker Victor Sjöström, a legend in Swedish cinema as a director and sometime actor, in the central role of Professor Isak Borg,

Isak Borg (Victor Sjöström) is an eminent Professor getting towards the end of his life, offered a high honour by his peers, a Doctor Jubilaris, which he accepts. He intends to fly to the town of Lund for the ceremony with his housekeeper of 40 years, Agda, but after a disturbing dream he decides to drive the 14 hours. Isak’s daughter in law, Marianne (Ingrid Thulin), asks for a ride and together they set off, but it’s clear she has no great love for the old contrarian as she reveals her marriage to his son is on the rocks. Isak visits his childhood home on the way, recalling Sara (Bibi Andersson), his great love, and the pair picks up three young hitchhikers, one of whom is physically identical to Sara. The travellers are joined by a middle aged couple who fight and snipe at each other before Marianne asks them to leave, and Isak takes Marianne to visit his mother before they arrive in Lund. Isak’s son Evald (Gunnar Björnstrand) and Agda are waiting and the ceremony takes place, with the 3 young hitchhikers’s cheering the old man on.

Isak Borg is a man removed from his humanity, stung by a broken heart as a young man he built a wall around himself until he is forced to reflect on his life by the imposition of an award that honours his life’s work. The tacit question Bergman is asking through Isak seems to be, “Is my life worth honouring”?  and also by extension the greater existentialist dilemma, “was my life worth living?” Bergman sets up his investigation by showing Isak as a grump, albeit with small redeeming moments as in the opening where his thoughtless dismissal of Agnes stings her deeply, and Isak tries to comfort her, as the realisation dawns that his honour also belongs to her is some small way. The next stage is Marianne’s blunt character reference during the first part of the drive, before we catch a glimpse of the love that was felt towards the younger and much warmer Isak by Sara. The older Isak watches the younger Sara being seduced by his brother, who she will marry and have children with, and the loss of this love will scar Isak for good.

Bergman also makes his points via a series of dreams, sometimes surreal sometimes nightmarish - Isak tells Marianne, “It’s like my dreams are trying to tell me something that in my waking life I cannot hear.”  A dutiful student, the old man finds himself undergoing a dream examination by the angry misogynist that Marianne evicted from the car, in which he fails to identify the first duty of a doctor, which is “to forgive”. The examiner then takes him back to his childhood home where he sees his dead wife Karin betray him with another man, before she then recites how the confession scene will play out with Isak and how he’ll “blame himself.”  Karin says “You’re as cold as ice… your hypocrisy makes me sick,”  as Isak looks on aghast.   The old man sees how his life has been a series of cover up’s, a succession of deflections that’s allowed him to avoid confronting a painful truth that his life has been a charade, lived to qualify as a respectable life for people like his mother. Isak is a man in need of (and unconsciously seeking) forgiveness.

Bergman meditates on the key relations in life, via Isak’s mother, wife and child as Isak is faced with an existential crisis, and the sweet device that Bergman employs is that of a man literally coming face to face with his past. Isak is concerned with the “character and behaviour in human relations”,  or I doing the ‘right’ or decent thing. He closes himself off to the warmth and vulnerability that he exuded as a young man and subsumed his fears into taking the safe and respectable course of becoming a doctor. Bergman gives us a man if full, we hear from the working class gas station attendant (Max Von Sydow) how the people of his small town “all remember your kindness,”  which fleshes out the full range of Isak’s character, more complex than the simple remote grump he has since become. We learn that Isak built a wall of respectability around himself after he’d lost his great love, but made himself remote and cold in the process. His strategy is revealed in a scathing assessment by his ‘examiner’ who praises his skill as a doctor but laments what it cost him of his joy for life, “a surgical masterpiece, nothing bleeds or trembles,”  in other words, nothing is alive.

Victor Sjöström delivers a beautiful and delicate characterisation as the old doctor, and had been something of a mentor to Bergman, working for him 8 years earlier for the film To Joy.  Sjöström’s touching performance is matched by the quiet intensity of Ingrid Thulin, who finds the varied layers of devastation in the pregnant woman who does not want to save her marriage by losing her baby.  Gunnar Björnstrand is very fine as the dutiful but distant son who tells his wife “I was an unwanted child in a miserable marriage”  as the unhappy couple struggle to throw off the legacy of Isak’s neglect. Ingmar Bergman wrote the incisive script in his sick bed, and its contemplative tone and existential questioning were not the usual fodder of 1950’s cinema. Bergman almost single-handedly brought the internal workings of a ‘life of the mind’ to the screen, and revolutionised the scope of modern cinema in the process.

Wild Strawberries  was a blast of fresh air in 1957, a ground-breaking film that dared to argue that happiness was not measured by respectability and the approbation of your peers. Bergman showed his absolute command of visual language, filling the screen with allusion and metaphor, mirrors and dreams, not denying a mystical element to humanity, but not ceding anything to the implausible ‘supernaturalists’ or religionists. Bergman sets the internal dialogue of Isak’s personal crisis against the huge public honour that is bestowed upon him and the interior examination that it triggers fuels the compelling drama. The success of the film, widely awarded and praised, enabled Bergman to stay at the top of the world cinema tree for another 2 decades, and saw him embark on a remarkable run that garnered him 3 Best Foreign Film Oscars and recognition as one of the greats of cinema. 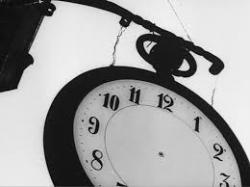 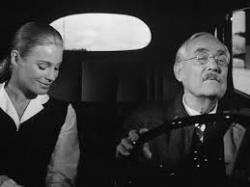 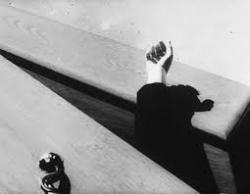 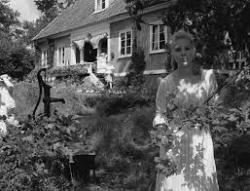 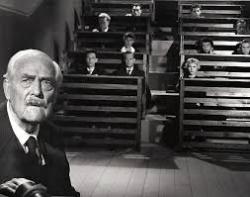