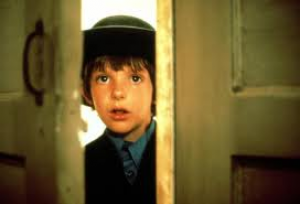 Australian director Peter Weir was preparing for his debut Hollywood film, 'The Mosquito Coast' when he knocked back the chance to direct 'Witness' because of the conflict. After the success of his brilliant Australian WWI film 'Gallipoli', about a seminal event in the nation's psyche, and his robust 'The Year of Living Dangerously', by Tasmanian author Christopher Koch, me moved to America with some confidence in his ability to helm large scale projects. Hollywood moves in mysterious ways, and 'The Mosquito Coast' funding dried up, freeing Weir to take 'Witness' as a job of work in the interim. The source script was so poorly regarded that even the agreement of the top box office star of the time, Harrison Ford, didn't enable production, until the plot was trimmed and the thriller aspects emphasised. After the re-write Weir inherited Ford and the perfectly cast Kelly McGillis as the tentative Amish widow caught between two worlds. Weir used fellow Aussie John Searle as cinematographer, in lieu of Russel Boyd who'd shot all his previous features, and captured the rural atmospheres with a painterly eye.

A small and close-knit Amish community in Pennsylvania is burying one of it's number, a young farmer. His widow Rachel (Kelly McGillis) and young son make a journey across the state to visit relatives, but become sidelined in Philadelphia when the young boy Samuel (Lukas Haas) witnesses a brutal murder in the railway station rest room. John Book (Harrison Ford) is the investigating detective and when it's apparent the suspect is a corrupt police officer he hides the widow and her son to protect them. Book gets wounded in a shootout with the bent cop and manages to sneak Rachel and Samuel back to their farm and to have the record of their address removed from the station house. Book collapses, Rachel and the Amish community help nurse him back to health, before he must face the corrupt colleagues who are now searching for him.

'Witness' was a fresh look at two cultures clashing, linked by two disparate hearts and the human impulses that cannot be denied. The Amish community was little known prior to the film, and the resultant publicity after it's worldwide success was unwelcome in the extreme. The Amish are a pacifist community, and the violent world that Book comes from is one to be abjured, so when it comes crashing into the peaceful environment of an essentially archaic group of people the results are shattering. The very name of the key protagonist is a clue in itself, Book, as in 'good book', a connotation open for the Bible based Amish, or Book, as in 'book 'em Dano', and an indication that this man plays by the 'book', and follows the rules of his culture as much as Rachel follows hers. Rachel knows what behaviour is expected of a good Amish woman, and gossip and innuendo abound as to her relationship with "the English".

Book gets looked after by the community, who put the care of an injured man above the danger to their way of life. Book also get's to see the strength of their community in the rousing barn raising sequence, a section of the film that features the screen debut of future star Viggo Mortenson. Book realises he's in love with Rachel, and knows he cannot stay, as he represents a contaminate of sorts in their pristine world. Book's violence gives him away ultimately, as he must sacrifice love for the greater good of keeping Rachel's environment in tact, for her and for her son. Rachel struggles with the emotional awakening that Book has initiated, pointing up the comparative emotional repression inherent in the Amish lifestyle. Book makes her feel like a woman, rather than a repressed baby factory.

Weir handles the property with sensitivity and respect, neither condemning the Amish for their 'backward' ways, nor eulogising them as an oasis of purity in a sea of corruption. Book is a good man, who deals in violence because he needs to, not because he wants to. Rachel responds to his innate decency, and he to the idealised woman he could never find in his world. Weir frames the Amish scenes as if they were paintings by the Dutch masters, and it's a beautiful counterpoint to the gritty urban scenes when Book is at work in Philly. Ford is great as the solid cop, and reveals a nice emotional side as he gets involved with Rachel, and Book remains, perhaps surprisingly, the only role for which he received an Academy Award nomination. Kelly McGillis is wonderful as the vulnerable young woman, luminous and affecting, she hits just the right tones and the wonder of it is she worked so infrequently in good films thereafter.

The film was a huge hit, it put Weir into the A-list and ignited Weir's stalled 'The Mosquito Coast' project, now with Harrison Ford on board. Peter Weir avoided going for the big money, or the softheaded commercial options favoured by other directors and continued to seek out interesting and engaging properties, with the happy knack of turning out quality rather than quantity. 'Witness' remains a career high point, a commercial film with brains and heart and an enjoyable entertainment to boot. 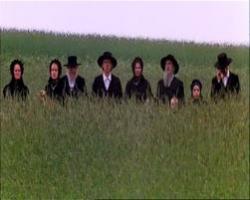 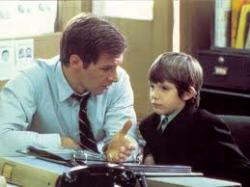 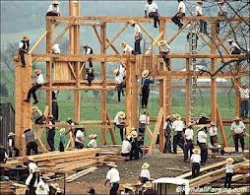 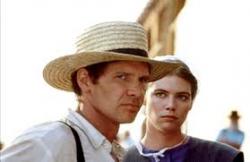