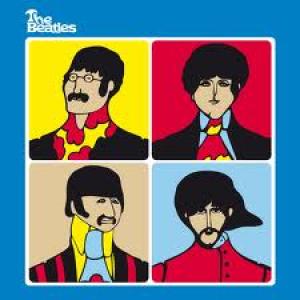 Sky of blue, sea of green

Al Brodax had done very well in association with Beatle product, producing a very successful syndicated cartoon series that was distributed all over the world. Brodax was head of television production at King Features, a Hearst Corporation company when he, like 73 million other Americans, tuned into the Ed Sullivan Show in February 1964. Brodax smelled a hit and pitched the idea of a cartoon series based on the band to Brian Epstein whose subsequent agreement enabled Brodax to find funding and a home on network television with ABC. King Features produced 39 episodes which aired originally between 1965 and 1967, capturing an unprecedented 52% of the viewing public and making ABC and King a lot of money. Epstein did not allow the series to show in the UK, as the English accents the cartoon voice over actors adopted were not like the broad Liverpool accents of the band. The production company thought American kids would struggle to understand the Scouse brogue, and so they opted for the plummy tones more akin to Rex Harrison’s Professor Higgins from My Fair Lady, which was the prime reason the band disliked it.

Brodax wanted to capitalise on the association further and in 1967 he proposed an animated feature film, to be distributed through United Artists, with whom The Beatles had a film contract. The Beatles were lukewarm on the idea, not being fans of the cartoon series, but as they were keen to be free of the UA contract they agreed, on the assumption it would complete the three picture deal. The band were contractually bound to provide 4 new songs for the soundtrack and their enthusiasm for the project is indicated by the choice of “off-cuts”, left over songs they had no great plans for. The lads produced a catchy Paul sing-a-long, All Together Now,  a Lennon piano pounder called Hey, Bulldog  and two George Harrison ‘psychedelic’ compositions, It’s Only a Northern Song  and It’s All Too Much.

Brodax collaborated on the story concept job with his associate Lee Minoff and employed Canadian George Dunning to direct the film and Erich Segal, a Yale Professor of Classics to help with the screenplay, Segal would write the mega-hit film Love Story two years later. Some of the smart-arse quips in the film were penned by Roger McGough, a Liverpool poet who was also in a band called The Scaffold with Paul’s younger brother, Mike McCartney (under the pseudonym Mike McGear). Dunning hired German designer Heinz Edelmann to helm the visuals and he helped tune the look of the film into the flower power, love and peace ethos of the time, a world away from the political struggles of the Vietnam quagmire and a distraction from the collective pain of the recent slayings of Martin Luther King and Robert Kennedy. The tone of the film was further informed by the massive and world wide Beatles hit, All You Need Is Love,  which was coincidentally a part of the first world wide, live satellite broadcast on Our World.

Brodax had the idea of filming already known Beatle tunes, and he got the rights to use All You Need is Love, Lucy In The Sky with Diamonds and Eleanor Rigby  et al. The glue to hold the flimsy device together was the kid’s friendly sing-a-long Yellow Submarine,  and consequently Ringo, the singer of the tune took centre stage. Ringo is asked to help Old Fred save Pepperland, which has been overrun by the evil and music hating Blue Meanies, “a thing of beauty, destroy forever”.  Ringo needs a little help from his friends and he invites John, Paul and George to hop aboard the submarine and join the quest. The crew embarks on the perilous voyage through the Sea of Time, the Sea of Monsters and several others until they arrive at the Sea of Green. They free the musicians trapped in the Meanies music-proof bubble and liberate Pepperland with the joyous sounds of to Sergeant Pepper's Lonely Hearts Club Band.

Dunning also employed some pathos amongst the joy, and given the pick of several Beatle classics he opted to leaven the lightness with the melancholy of Eleanor Rigby  and Nowhere Man.  The city that Old Fred arrives in approximates an urban wasteland, a drab and colourless terrain with row upon row of Xeroxed suburban cages full of Eleanor Rigby’s “lonely people”.  The screen moves from cartoon images to collages of real photographs, until the bleak realism gives way to the surrealism of Magritte as his iconic Golconde  is referenced in the businessmen falling like rain. The script moves from the surreal to the existential when Jeremy, the ‘nowhere man’ is found in the Sea of Nothing. “Nothing”  says Paul, “at least that’s something”,  before the exquisite strains of the three part harmony kicks in, “He’s a real nowhere man, sitting in his nowhere land, making all his nowhere plans for nobody”.  Pop Art is also referenced via a sequence where images of Marilyn Monroe evoke Warhol, side by side with The Phantom and Buffalo Bill. The film is a post-modernist wet dream.

In-jokes abound, as when the boys land in the Sea of Holes, “The holy sea”?  says George, “How many holes”? “Enough to fill the Albert Hall”  is the reply. Ringo puts a hole in his pocket and during the live action sequence Paul offers to fix it, “to keep his mind from wandering”. McGough’s influence is probably felt in the dryly humourous line directed at a Frankenstein monster by John, “I used to go out with his sister, Phyllis”.  There is also a subtle dig at racism, “Are you bluish, you don’t look bluish”, says one of the Meanies. The writers could not have known that the lads would regularly and playfully mock their late manager Brian for being Jewish. John would always push an idea to its limit, looking for shock value, and in 1967 he would mockingly change a song to aim a barb at Brian’s closet homosexuality, changing the chorus words from “Baby you’re a rich man too”,  to “Baby you’re a rich fag Jew”.

George Martin contributed the orchestral soundtrack to the film, writing some lovely and ornate pieces to accompany the yellow submersible on its mythic journey. Martin probably made more money on the royalties alone of these Beatle linked compositions than on the penny pinching wage he earned at EMI. George never earned any commission from EMI for signing and producing The Beatles, his wage through the entire period would have approximated that of a mid-level clerk in the Civil Service.

King Features ultimately managed to produce a colourful and groundbreaking animated feature and Yellow Submarine  became a classic of its kind. The band had minimal input into the production, but the spirit of the times and the heart of the 1960’s counter culture are beautifully captured in stunning, swirling colour. The film became tremendously popular with acid heads, and its trippy vibe continued the psychedelic influence and pushed the boundaries of what an animation could achieve. The band contractually appeared at the end in a short live action sequence, and provided many gems to the soundtrack, which because it plundered far and wide form their enviable catalogue it became possibly the richest in any Beatle film. Ironically they thought this film would complete their contract with UA, but because of their minimal involvement, notwithstanding the last minute live action bit, it was determined the finished product would not count towards the deal, and one more film would be needed to fulfil the contract Epstein signed in 1963.

The Beatles recognised the worth of the film and had good things to say about the final product. The film became incredibly influential as animation prior to this had mostly been the preserve of children’s films, but Yellow Submarine pointed the way for animation to embrace mature themes that still spoke to the inner child in all of us. Soon Terry Gilliam was incorporating animation into Monty Python TV shows, and then their movies, as well as his own, and eventually the children that saw Yellow Submarine grew up to work for Disney, Pixar and other major studios. That generation have all managed to make superb animated films for all ages, like the Toy Story series, Shrek or the masterful 2009 classic Up. 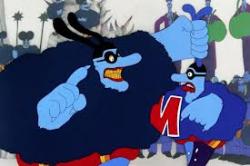 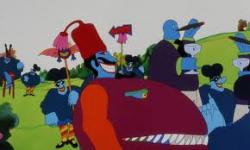 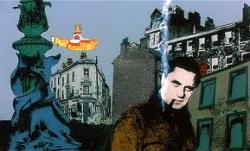 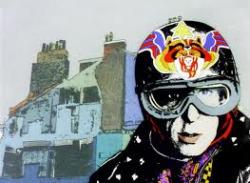 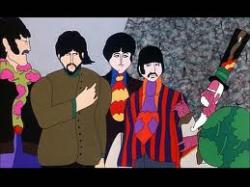 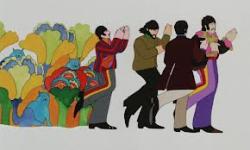