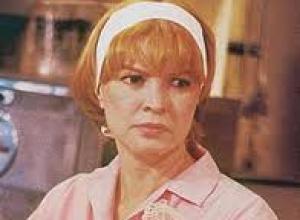 Ellen Burstyn was enjoying the clout that being the star of a hit film brings with Warner Brothers, post William Friedkin's mega hit The Exorcist,  in 1973. Warner's offered her the pick of the stall as far as scripts for her next project and she chose a story with a strong feminist overtone, Alice Doesn't Live Here Anymore,  from the pen of Robert Getchell. Burstyn had trouble finding the right director until Francis Ford Coppola recommended his friend Martin Scorsese, but after viewing the macho Mean Streets,  Burstyn was not comforted, but they met and Scorsese professed a willingness to learn about doing a film with a strong female at it's centre. Scorsese cast musician Kris Kristofferson as the sympathetic cowboy who enters the film in the last third, and the a key to the success of the film is the work of Alfred Lutter as the son. Harvey Kietel has a small but effective role as a hot headed suitor.

Scorsese opens with a pastiche of a 1940's musical, as if we're in a Doris Day and Rock Hudson universe, with a song by Alice Faye from 1943, and morphs into a dark themed  and disturbing version of a child's world, red filtered and studio bound, and we know things are not so good for the young girl involved, who dreams of a better life. Scorsese then snaps us out of the retro dream with a blast of contemporary  1974 rock, with Mott The Hoople's thumping 'All The Way From Memphis'. One of Scorsese's great strengths over his entire career has been his unerring sense of using the right song for the right scene. The music dumped us into a mundane present, where Alice (Ellen Burstyn) is a put-upon housewife with an abusive husband and a precocious young son Tommy (Alfred Lutter). The father and son have a difficult relationship, and this adds to the general atmosphere of tension that pervades the household. Alice is able to let off steam with her sympathetic neighbour, an indication of the camaraderie between women that centres the film, where support and concern are the order of the everyday. Alice's world is turned upside down when her husband is killed in a car accident, and she determines to return to the last place she was truly happy in, and sets off in her loaded up station wagon from New Mexico to Monterey.

Money begins to run out en-route, so Alice resolves to return to her pre-marriage profession of playing piano and singing in lounge bars, so she buys a new dress and the pair settle into a cheap apartment in Phoenix. Ben (Harvey Kietel) a smooth talking younger man charms his way into Alice's bed, but things take a bad turn when it transpires he's married. Alice and Tommy hit the road again and this time make it as far as Tucson before Alice gets a job as a waitress and meets cowboy rancher David (Kris Kristofferson) and strikes up a relationship with him. Alice juggles the frustrations of a job she sees as an admission of failure, a demanding and exhausting son, with the lack of a man in her life with whom she can share the burden. She dislikes the foul mouthed and direct Flo (Diane Ladd), a fellow waitress, but eventually the two find common ground and Alice comes to respect Flo as someone who lives life on her own terms. Both women confront the challenge's life throws at them with a stoicism and earthiness, and this is what gives the film it's feminist core, crucially avoiding sentiment and manipulation as would be found in the 'Doris Day' type version of any similar 1940's story.

Scorsese uses location filming and available light, in order to further distance himself from the studio confections of yore as he adopts a docu-realism approach to the picture. He uses 'found' sound rather than a scored soundtrack, and this adds to the impression of being an observer to a real story than to be viewing a 'movie', also it distances the film from any feeling of theatricality or artifice, always one of Scorsese's trademarks during this era. Ellen Burstyn is brilliant as Alice, a performance of depth and emotion that never hits a false note, and deservedly won the Academy Award for the film. She was, along with Karen Black possibly, the pre-eminent actress during the American Renaissance era, and her work with Rafelson in The King of Marvin Gardens  and Bogdanovich, in The Last Picture Show,  is equally compelling. The supporting cast are all fine, Kietel does his menacing turn and steals his scenes, Kristofferson is solid and Alfred Lutter is just right as the annoying kid, but Diane Ladd stands out from the pack in a fantastic, ballsy performance as Flo, and helps give the film real grit and punch. Jodie Foster also does well in a small part, seeting up her association with Scorsese, one that will bear a very different fruit two years later in the seminal Taxi Driver.

Scorcese's ability with the male world of the New York streets was never in doubt, but here it pays unforseen dividends by helping him keep the 'women's' picture aspect of the film in the subtext, rather than overt, and the overall effect is a movie grounded and free from any cloying sentiment. Scorsese would make the tender and deliberately artificial New York, New York  later in decade, which showed again he could be sympathetic to a woman in trouble, and even proved to be a dab hand with a period costume drama in the '90's with the superb, The Age of Innocence,  but here he managed to convey the hopes and dreams of a central character who struggles gamely and eventually demands to be treated with respect and dignity, she just happens to be a woman. Cue appropriate song, Helen Reddy anyone?