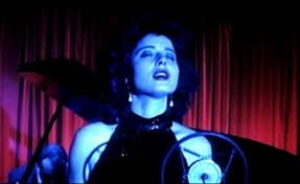 "This whole world is wild at heart and weird on top."
~ David Lynch

David Lynch turned his attention to the dark underneath of suburbia with his 1986 noir-ish Blue Velvet,  a script he'd been working on for many years. The critical and commercial failure of his big scale science fiction epic Dune,  saw him look to something smaller and more personal, and Blue Velvet  came to contain many of the surreal and intriguing Lynchian constructs that would become his trademark. The boyish and All American good looks of Dune  star Kyle McLaughlin were again employed to front the fractured fairy tale of 'babes in the wood' dimensions as the two suburban kids front up to the big bad, gas inhaling Wolf. Lynch cast model Isabella Rossellini (daughter of screen legend Ingrid Bergman) as the abused nightclub singer, and helped to resurrect Denis Hopper's career by casting him as the despicable villain Frank.

Lynch's opening visual palette suggests a Douglas Sirk hommage, garish colours across '50s retro suburban images and Bobby Vinton's song Blue Velvet  playing in breezy accompaniment. A middle aged man watering a summer lawn has a seizure, a dog drinks from the hose, a baby wanders about and Lynch sends his camera into the lawn to microscopically uncover a bug infested world of perpetual motion, destruction and conflict. Jeff Beaumont (Kyle McLaughlin) finds an ant infested human ear in a vacant lot and takes it to the police. Jeff later visits Detective Williams who is on the case at his home and asks how he progressing, only to be told not to ask questions. Jeff is given key information by Williams' daughter Sandy (Laura Dern) and hatches a plan to spy on Dorothy Vallance (Isabella Rossellini) but Sandy is reluctant to support it. The action leads them into contact with a criminal called Frank (Dennis Hopper) and Jeff struggles to keep himself and Sandy safe and to solve the mystery.

From the start Lynch has set the parameters of 'look closer, there's more to uncover' with the viewer and Jeff fulfils this contract by pursuing his own investigation of what might have happened. Lynch has Sandy enter like character from a 1940's noir, she urges caution and is confused by Jeff's motivations to watch Dorothy, "I don't know if you're a detective or a pervert"  she tells him, immediately evoking a conflict in how she must view her father and his work. Jeff soon has parental issues of his own to deal with in Frank's sadism while sexually abusing Dorothy, and his calling out of "Mommy"!  and "Daddy's coming home",  while inhaling an indeterminate gas from a personal mask! (as you do). Lynch delights in the collision of the two worlds, Jeff's white-bread normal one versus Frank's bizzarro-surreal underworld. Jeff's fascination with Dorothy and his behaviour towards her suggests a darker side in his own psyche, and he soon discovers he's not so far apart from Frank after all.

Dorothy is also a noir figure, and while she has all the trimmings of a femme fatale she is more little blue riding hood, caught in a trap in the Wolf's lair and in need of rescuing. Dorothy takes the opportunity to exercise sexual power in a relationship when she holds a knife on Jeff, who had impotently looked on as Frank played out his perverted game, but it's apparent quickly that she has a streak of masochism that enjoys the sexual violence at some level. Jeff is conflicted by this realisation but being called to action by Dorothy's arousing in him a need to do more than observe, he must act to end the bad dream Dorothy is living. Sandy doesn't understand this effect on Jeff, "It's a strange world Sandy"  he tells her, but she firmly believes in the conquering power of love and it's transformative possibilities, and her belief further empowers Jeff to confront the evil Frank represents. Lynch presents this triumph as a robin with a bug in it's mouth at the end, extending the bug metaphor that runs throughout the film, where Jeff is called at one point, disguised as a pest exterminator, "the bug man".

The film is rich in small visual flourishes and sly symbolism that provides a narrative sub text, the child's toy (it's only a game), the hidden camera (we're all voyeurs), Jeff's father is shown attached to 'gas' in the hospital which benignly foreshadows Frank's fetish, Jeff meets Sandy outside a church, as if he needs divine support for his crusade against evil. And of course the billowing red curtains! Lynch obviously was not averse to inserting a red herring or two, or a school, in this case the herring is a curtain, a device he would expand upon in subsequent films like Twin Peaks: Fire Walk With Me   and Mulholland Drive   as he pushed his surreal and oblique approach to maddening limits, unleashing his inner Fellini at the same time.

Lynch cast the film brilliantly, and peopled the support freak show with what would become his regular types, (again, thanks Federico) essentially anti-normal extremes, very fat, very short, very strange. Dean Stockwell plays Ben, Frank's very camp partner in crime, and memorably mimes Roy Orbison's In Dreams,  as the opening words seem to have a calming effect on Frank. The gentle innocence of the '50s pop songs acts as a salve against Franks particularly violent impulses, as seen when he sits transfixed, watching Dorothy's nightclub act. The line "love letters straight from my heart"  reflects the inverted terrain Lynch explores, in Frank's twisted mind a love letter was a bullet, and as he's kissing Jeff on the lips he tells him "you're like me".   McLaughlin and Dern are just right as the good heart, gee whiz component but the film belongs to Hopper. Disturbingly when Lynch asked Hopper why he should cast him, Hopper replied, "I have to play Frank, I am Frank"!  No more need be said.

Lynch made a career out of essaying the dark underneath, an area that dated back in American film history to at least Hitchcock's Shadow of a Doubt,  and Lynch's own film would in turn influence later films like American Beauty.  David Lynch's entire cinematic ouvre screams 'look closer, there's something else there', even if it's not immediately apparent. The camera catches the "well dressed man",  it sees but doesn't see, as we eventually discover who the "well dressed man"  is. Jeff is the boy who dares to look closer for Lynch, for all of us, the bug man triumphs, as does the 'robin of love'.

Blue Velvet  displayed Lynch's fascination with the gap between dream and nightmare, a surreal space where an arbitrary line delineates delight and terror, one man's violence is another man's pleasure. It's a strange world David. After the disaster of Dune  Lynch marked himself again as the superior talent that The Elephant Man  showed him to be, with this deeply disturbing and compelling pscho-dream drama.  Blue Velvet  garnered mixed reviews and flopped at the box office, but has come to be seen as one of the premiere achievements of American cinema in the latter part of the 20th century. David Lynch's career has progressed on a maddeningly uneven arc since, but no matter the future Blue Velvet  will remain a modern American masterpiece. 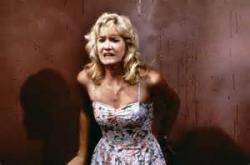 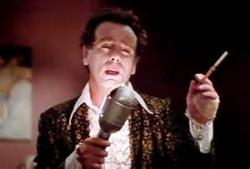 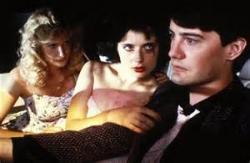 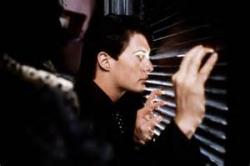 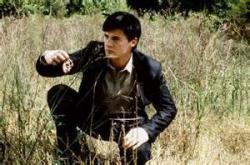