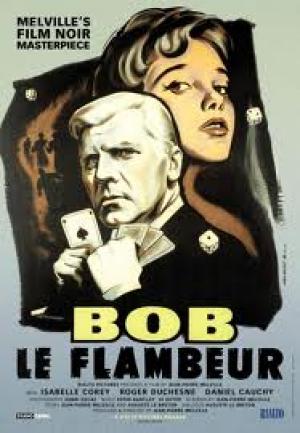 If  Jean-Pierre Melville's 'Bob Le Flambeur' feels like a companion piece to Jules Dassin's 'Rififi' there's a reason, other than both being French heist films made in 1955-56, as 'Bob Le Flambeur' was originally slated for Melville, but he stood down for Dassin. Melville had made two brilliant features with 'Le Silence de la Mer' in 1949 and 'Les Enfants Terribles' in 1950 with none other than Jean Cocteau as his collaborator, and 'Quand tu liras cette lettre', in 1953, his first crime film, before embarking on this heist film. As with Dassin's piece, the film turns around a veteran thief, the titular Bob, a career criminal and gambling addict to boot. The best translation of the title in English seems to be, Bob the 'high roller', rather than the milder and common, 'gambler'.  Melville cast veteran actor Roger Duchesne as Bob, and uncovered a fresh and arresting actress in Isabelle Corey to play the lost girl whom Bob befriends.

Bob is at a gambling table in a small club in the Montmatre district, as the voiceover intones, "In those ten minutes that separate night and day, Montmatre is both heaven and hell". Melville has established the dichotomy of the milieu, the inherent contradictions that we will encounter throughout the tale. Bob finds Anne (Isabelle Corey) on the streets, relying on any man that will take care of her. Bob is an old school gentleman and takes her in to protect her, but his protégé Paulo (Daniel Cauchy) takes a shine to her. Bob hatches a scheme to take down the Deauville Casino with the help of an inside man, and Paulo tries to impress Anne by telling her about it. Bob is warned about continuing with the job after word gets around, and even his cop friend Ledru tries to help him. Bob trains the team and proceeds with the job, which requires him to wait at the casino until a pre-arranged time, but he can't stop himself from visiting the gambling tables once he's inside.

Melville's fascination with America and it's gangster culture reaches it's zenith here, arriving as it does at the notional tail end of the film noir cycle. A certain Gallic fatalism infuses the action, and a suitable existential ambivalence to the vagaries of the betrayals and eventual denouement creates a different kind of beast from it's American cousin. The allure of the French perspective is the lack of black and white in it's depiction of the moral questions. Whereas American movies at the time were bound by the Hays Office code, the Europeans had a freer hand to reflect real life as it was, rather than how a moralistic and reactionary bureaucracy wanted it. A character like Anne could only be hinted at in an American movie of the time, with her loose morals and nudity she would never have made it to the screen, or would at least be heavily punished for her behaviour.

Bob represents Melville's criminal 'samurai', over a decade before he defined the term with Alain Delon. Bob puts on his armour before doing battle, in his case a tuxedo and a white handkerchief, the gentleman thief. Bob lives by a code, one that forbids him helping a fellow criminal because he's a pathetic pimp who beats his women. Bob's code also had him save Ledru from death, even if it meant him serving time for a bank job. Bob is an archaic throwback to a Paris before the war, and it's apparent he has no lace in the fast paced criminal world of post war France. It's this dimension that gives Melville the chance to invest the mood with an elegiac tone, a reflective hue that serves to give a melancholy air to the inevitability of the outcome. Bob gives an ironic shrug when told of the lightness of the sentence he can expect by Ladru, and merely replies, "With a really top lawyer I can sue for damages".

Melville's cast deliver top-notch performances, especially Roger Duchesne in the role of Bob, who dominates the screen time and inhabits the role totally. Bob may have been something of an alter ego for Melville, with his penchant for big American cars and a large hat, and the character would inspire Godard to pay homage in 'Breathless', by giving Melville a cameo as an actor. Isabelle Corey, who Melville discovered walking the streets of Montmatre, is utterly bewitching in her debut role of Anne, and has the presence of a Scarlett Johansson in a modern context, as she plays the ingénue who morphs into the femme fatale looking for the main chance.

Melville was a prickly character by all accounts, who did things on his own terms or not at all, as he negotiated the always difficult task of producing feature films. Melville maintained a committment to style as well as content over a long period and was one of very few directors, active before the new wave hit, to flourish under the new aesthetic. The reason being, many of the necessary techniques the Nouvelle Vague employed, mostly due to lack of finance, were already familiar to Melville as he'd been an industry outsider for most of his career. 'Bob Le Flambeur' was his valentine to American heist films like Huston's 'The Asphalt Jungle', and in true French style he identified it a comedy of manners. Moliere it ain't. What it is, is a grade-A slice of pungent, Parisian noir, delivered with an ironic Gallic shrug and a spicy side order of c'est la vie. 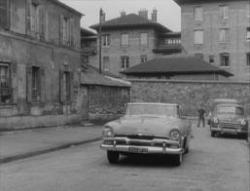 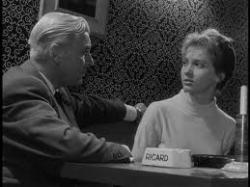 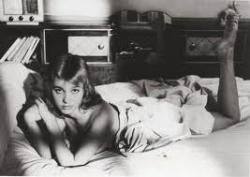 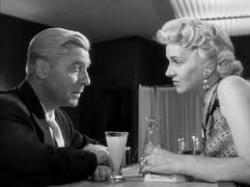 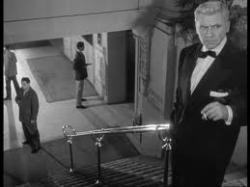