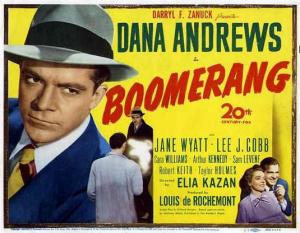 Swimming against the HUAC tide

A pivotal development film for Elia Kazan, the first experience he had away from Hollywood studio bound creations, his first taste of location shooting and an indicator of the direction he would pursue in his later mature works. Kazan was drawn to the natural approach he could take to this doco-noir, influenced heavily by the Italian neo-realist cinema that made such an impact on cinema in the post war years.  The story was based on actual events in Connecticut and Kazan moved his unit to Stamford for the majority of the filming. Kazan pulled upon his New York stage connections for most of the supporting cast, actors he'd worked with in Lee J. Cobb, Karl Malden and Arthur Kennedy (a Group Theatre alumni), all of whom would have successful film careers. Daryl Zanuck provided the requisite star in the stolid and dependable Dana Andrews, and the tone of the film fitted broadly into Zanuck's social conscious-lite scheme of productions.

Essentially Boomerang is a police procedural meets courtroom drama, with a touch of Rashomon thrown in for good measure. A kindly old local priest (there were no other types known or admitted to in 1947!) is shot in cold blood, in a quite startling way for the era, and the hunt is on for the killer. Seven people come forward with a description and eventually they all agree it was John Waldron (Arthur Kennedy) an ex-vet serviceman who had fallen on hard times. Henry Harvey (Dana Andrews) is the State Attorney who is initially convinced like everyone else of Walron's guilt, but who soon finds himself swimming against the tide in believing him innocent. Political pressure is brought to bear for a quick conviction to suit the looming election, even though it's cynically agreed that the community 'will never hang a veteran'. A dogged press reporter eventually uncovers a crooked business deal at the heart of the political impetus, and states the telling line "You look around long enough and you find some guy with his fingers in the till".

Kazan looks at a community under pressure, the resonance of a group of people who start to look suspiciously at each other and to point fingers cannot be escaped in 1947 when a second round of HUAC hearing targeted Hollywood in particular. Boomerang is a transitional piece in every way, prefiguring the angst of the '50's where the old values were coming under a different kind of scrutiny, which itself set the ground for the counter culture explosion of the 1960's. Dana Andrews character is in many ways the last gasp of Hollywood's 'solid' man, the upright and uncritical authority figure who would make way for the questioning duality of the protagonists that Marlon Brando and Montgomery Clift would soon essay. Cobb as the police interrogator speaks of his techniques that led to a confession made under great duress, ultimately proved false, by saying 'what a way to make a living'. The certainties that saw the country coalesce around to help defeat Nazism were now being eroded as the collective conscience tried to make sense of the new world order and their place in it, the killing of a priest a particular jolt to an old moral paradigm.

Kazan began to feel his way visually, and his outdoor sequences have an immediacy and energy that propels the action in ways that would later inform his New Orleans set noir Panic In The Streets and his masterpiece On The Waterfront. Kazan's stage experience was telling in his set up's and filming of the interrogation scene, and his inclusion of a constant ticking clock is brilliant. His handling of actor's is his strong suite as ever, and Cobb is excellent as the conflicted policeman, hinting at the power he would uncover for Kazan as Johnny Friendly. Arthur Kennedy is given plenty of space to shine in his part as the innocent vet, and he's particularly convincing in a role that indicated all was not well with America's returning heroes, and the same year he continued to work with Kazan on Broadway in Arthur Miller's All My Sons. Kazan touches on the tenor of the times by presenting a film that begins to challenge institutions, to show corruption in the ranks of those previously 'above suspicion', and his vehicle is the dismantling of the 'perfect case'. America still remains one of the only western democracies to countenance capital punishment, and true cases like this one should have given it pause for thought.

The irony that a film helmed by an ex-communist party member that condemns politics and business as corrupt, that shows a compromised press, despite the rogue reporter who uncovers the facts, was not targeted by HUAC is rich indeed. The venal and political agenda that HUAC pursued was intended to get them headlines, not to protect the country from a largely manufactured conspiracy, and Kazan was in no doubt they wanted a stars 'name' to add to their trophy cabinet, specifically John Garfield. The misuse of a government instrument like this committee is one of the consequences of a nation tacitly accepting it's institutions to be above questioning by a free and democratic populace. Boomerang is an interesting little piece that links two era's, where things were the same yet different, but the times were 'a-changing. 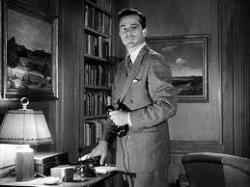 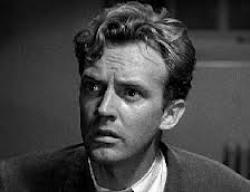 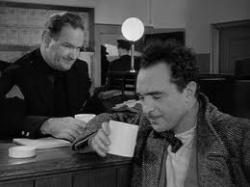 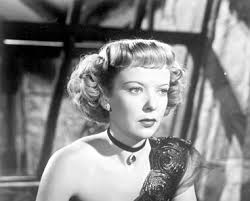 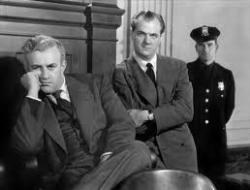