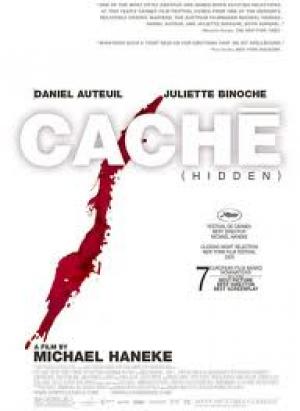 Austrian director Michael Haneke produced his most mature and accessible work with this oblique and haunting mystery, which seemed to bring many of his signature tropes to a kind of coherent perfection. 'Caché' was produced in France with French actors, as was his international breakthrough film 'The Piano Teacher' with Isabelle Huppert, and followed the remarkable 'Time of the Wolf', also starring Huppert. Haneke cast Juliette Binoche as Anne, who had starred in 'Code Unknown' for him, and used French stalwart Daniel Auteil as Georges. Haneke used his frequent cinematographer Christian Berger to shoot the film, which continued Haneke's interest in the nature of videotape and the possibilities that "Film is 24 lies per second at the service of truth, or at the service of the attempt to find the truth", a direct contradiction or at least a variation on Jean-Luc Godard's oft quoted maxim.

An image of a middle class townhouse in a nice suburb of Paris fills the screen, after a couple of minutes the voices of Anne and Georges talking make it clear they are watching the image on a videotape, and it's of the front of their house. The tape was anonymously delivered and both are at a loss to explain it. Another tape arrives, this time of the house at night, and with an accompanying drawing, in the style of a child, where blood is gushing from the throat of a man. The police advise that nothing can be done until they are actually harmed of blackmailed, and the paranoia and stress on the couple's relationship increases. Georges investigates a suspicion but lies about it to Anne, as their son Pierrot accuses her of an affair with another family friend. Eventually Georges discovers the mystery is tied back to an episode in his childhood, and old wounds are brought to the surface, as issues of opportunity, class and race weave themselves into the narrative.

As with Haneke's second feature 'Benny's Video', he investigates the manipulation of perception by the control of image. Because of the technique Haneke employs the viewer is unsure as to whether we're seeing the tape of the house, or the filmmakers image of the same shot, and are thus disoriented or disarmed. This dissociative device is used again with other locations and builds unease and tension. Georges is a successful public intellectual, hosting a television show on books and authors and is seen at one point manipulating an episode in an editing suite, subtlely controlling his viewers perception of the interviews.  The fragmentary editing approach that Haneke developed during the '90's suggested for him reality was the puzzle of a succession of moments, each with it's own internal worth, and the challenge was for anyone to connect the dots as they may. 'Caché' plays out in this way, with no easy answers proffered, and an ending to which attention must be paid.

Haneke places his drama within a political context, the lingering guilt over French treatment of Algeria during the postcolonial era of the late 50's and early '60's. The past collides with Georges present in the form of an incident that causes him personal guilt, but it's indicative of a national guilt and a wider issue. Georges parents employed Algerian workers in their farmhouse during that time, and it seems they were caught up in the October 17 protest in 1961 in Paris that led to as many as 200 deaths at the hands of the police. The scale of the massacre, never admitted to at the time, saw the Government saying 2 people had died, before finally admitting in 1998 that the number was at least 40. As of 2012, no persons have been charged or brought to trial over the deaths, but the Police Chief responsible, Maurice Papon, was separately convicted of crimes against humanity in 1998 for his culpability in the round up of Jews during the war. Some historians contend that the leftover Vichy influence in the French police force helped to facilitate the massacre, and ironically, they used some of the same locations that were utilised to round up and hold the Jews. The entrenched racism at the time was an added factor, a common feature of most western countries then it has to be said.

Haneke's films are challenging, frustrating, entrancing, bewildering and very rewarding. He seems to be primary amongst the natural inheritors of the great European masters, with Godard's boldness, Antonioni's grace and poise, Clouzet's darkness and Chabrol's delicious and wicked energy. Haneke can impose a Hitchcock-ian mood across a docu-realistic approach and make both elements work together, or use an Altman like 'many strands' narrative and be equally adept, and even improve on the trope. He has proved himself a brilliant judge of style and pacing, of holding the balance between the intellectual and the emotional and with a keen eye for both the political and the human dimension in any of his stories. Genius may be an overused epithet these days, but Haneke is that, and he's also the most fascinating and compelling filmmaker in the world today. 'Caché' is merely one of several Haneke masterpieces, how many directors can you say that about? Cela très impressionnant. 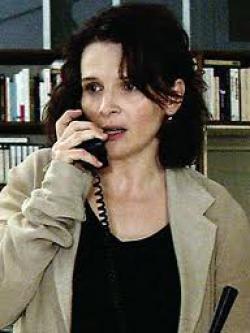 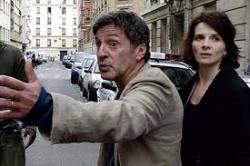 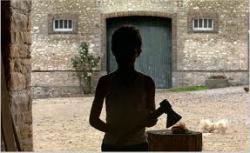 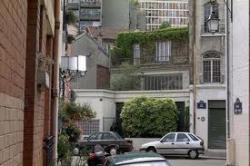