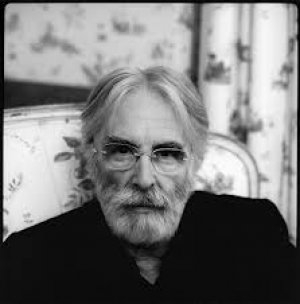 Austrian filmmaker Michael Haneke emerged into feature film from a background in television. He directed his first TV film in 1974 and graduated to feature film in 1989 with The Seventh Continent, an unemotional examination of a family suicide based on a true story. Benny's Video followed soon after and continued his exploration into the banality of violence in a mass media world, something he would continue throughout his career, and notably so in the brilliant 1997 version of Funny Games. 71 Fragments of a Chronology of Chance was a 1994 Austrian film that developed and even improved upon the many strand narrative associated with Robert Altman's best work. Haneke's last Austrian film, the ironically titled home invasion themed Funny Games, saw him break into international consciousness before he solidified his reputation with the Juliette Binoche vehicle Code Unknown in 2000.

Isabelle Huppert became his muse for his next two remarkable films, The Piano Teacher in 2001, which won him the Grand Prix and Cannes, and Time of the Wolf, a post -apocalyptic family trying to survive. Haneke's mature masterpiece Caché came next, which won him a best director award at Cannes. Haneke made the odd, for him, career choice of re-making Funny Games as an English language film with a Hollywood star, the Australian actress Naomi Watts. He thought its mass media message about the ubiquity of violence was something American audiences needed to see, but the version remains a pointless annoyance to his fans. The Cannes love affair continued with his next two incredible films, The White Ribbon and Amour, which both won the Palm D'or.

"My films are intended as polemical statements against the American 'barrel down' cinema and its dis-empowerment of the spectator. They are an appeal for a cinema of insistent questions instead of false (because too quick) answers, for clarifying distance in place of violating closeness, for provocation and dialogue instead of consumption and consensus." ~ Michael Haneke

Haneke's films are challenging, frustrating, entrancing, bewildering and very rewarding. He seems to be primary amongst the natural inheritors of the great European masters, with Godard's boldness, Antonioni's grace and poise, Bresson's minimalism, Clouzet's darkness and Chabrol's delicious and wicked energy. Haneke can impose a Hitchcock-ian mood across a docu-realistic approach and make both elements work together, or use an Altman like 'many strands' narrative and be equally adept, and even improve on the trope. He has proved himself a brilliant judge of style and pacing, of holding the balance between the intellectual and the emotional and with a keen eye for both the political and the human dimension in any of his stories. Genius may be an overused epithet these days, but Haneke is that, and he's also the most fascinating and compelling filmmaker in the world today.

Code Unknown
71 Fragments of a Chronology of Chance
Benny's Video