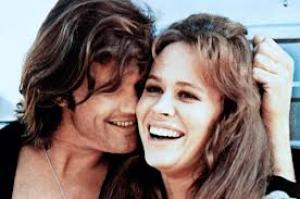 Bill Norton may have never risen to any giddy heights as a director, but he deserves to be remembered for the excellent, atmospheric Cisco Pike, which preserves a time and place as perfectly as a pinioned butterfly under glass. The film essays the counter culture world of Los Angeles in 1971 via the fringe dwelling musicians of Venice Beach, their lives, their loves and their habits. The ‘man’ is represented by a crooked cop (of course!), the music is groovy, everybody is after prime ‘weed’ and Cisco is selling. Columbia was one of the major studios struggling to come to terms with the market in a post Easy Rider world, and was keen to green light any projects that appealed to the same ‘youth’ audience. Norton cannily attached Easy Rider’s Karen Black to the project, and gave country singer songwriter Kris Kristofferson his first lead role, and soon he would be a mainstream star in Pat Garrett and Billy the Kid and A Star is Born, alongside Barbra Streisand.

Cisco Pike (Kris Kristofferson) is a faded music star, reduced to pawning his guitar in a local VeniceBeach hock shop. Cisco’s hippie girlfriend Sue (Karen Black) meditates and encourages Cisco to reheat his music career, but a corrupt cop has use for another of Cisco’s talents. Officer Holland (Gene Hackman) is well acquainted with Cisco, “You already busted me twice, that’s enough”, Cisco tells him when he turns up, but Holland needs Cisco to sell a pile of stolen dope for him, and blackmails him into doing it. Cisco had sworn off the seedy world of drug dealing, and unable to tell Sue he secretly makes his way to his old connections. Cisco makes the rounds of the ‘freaks’ and ‘straights’, hoping to get clear with Holland, telling a distraught Sue when she finds out he’s dealing again, “I got to get off the last bus”. As his deadline with Holland looms, his ex-partner Jesse (Harry Dean Stanton) turns up, and accompanies Cisco on his last round.

Norton uses a series of vignettes to underscore the idea that recreational drug use was society wide and pervasive, not solely the realm of stoner musicians and hippie dropouts. Holland is a logical (if corrupt) man, and recognising the paucity of his wage he goes about supplementing his police pay scale by commandeering an amount of South America’s finest quality marijuana. The film operates at the level of a character tone poem, rather than relying on narrative drive, as Cisco locates many of his former contacts and checks the old haunts. The naturalism of the acting provides a perfect way to connect with the diverse range of types that populate the script, and Kristofferson’s low key ballads provide a fine accompaniment.  Norton mines a tradition of realism in American film that recalls the poetic and ambling nature of John Cassavetes' best work, and in turn Cisco Pike suggests a quasi neorealist association, even neo noir. Norton keeps his politics to a minimum, even though it's at the height of the counter culture struggles, but given Cisco Houston was a leftist folk singer associated with Woody Guthrie there are some overtones inevitably in the title characters name at least.

Norton scores big points with his astute casting, and the key actors all shine in decidedly understated characterisations that all feel terrifically authentic. Norton cast singer-songwriter Kris Kristofferson as a lead in only his second film and teamed him up with American Renaissance stalwarts Karen Black, Gene Hackman and Harry Dean Stanton. Kristofferson is a natural as Cisco, and it remains one of his most effective roles, a perfect fit both in tone and range. Hackman rarely put a foot wrong during this period and his oily and corrupt cop is another fine entry in a roster of memorable screen roles. Harry Dean Stanton continued to be the expert cameo support actor of his day, and even manages some convincing singing with Kristofferson in a flashback scene. Stanton would have to wait several years before he got the chance to carry a film himself, immortalised in Wim Wenders superb Paris,Texas. The always memorable Karen Black also lent extra weight to Norton's endevours by making her Sue a fully dimensional character, even if her screen time is limited, and she remained one of the key actresses of the entire period.

It’s hard to imagine a film like Cisco Pike being made in any other era than the American Renaissance period. The film has no major stars, no pulsating narrative, no happy ending, nothing that would allow Columbia to exploit it in a commercial sense. The film disappeared into the ether, and Norton did not go on to any significant career as a director, lacking the notoriety of a Dennis Hopper or the eccentricities of a Hal Ashby. Cisco Pike remains a little seen gem of one of the golden ages of American cinema, its low key joys a perfect antidote for the mainstream dross that did, and continues to, clog up cinematic arteries.

* Another shout out in thanks to Chris Stannard, who pointed me to the youtube link for the film, and a note of sadness marking the passing of Karen Black in August 2013. Long may she run. 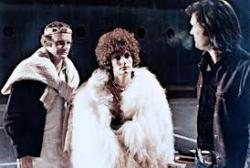