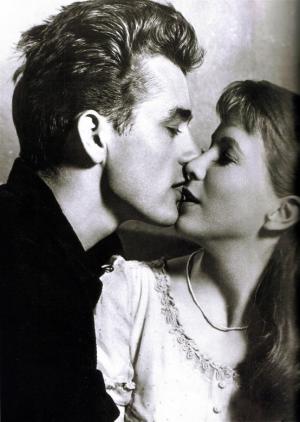 Elia Kazan enjoyed a lifelong friendship with the great author John Steinbeck after the success of their collaboration on Viva Zapata in 1952. Kazan talked Steinbeck into selling the rights of his best selling novel East Of Eden to him personally, to which Steinbeck agreed, then Kazan says he walked into Jack Warner's office alone, his cache high off the recent box-office success of the Brando vehicle On The Waterfront, and the only question Warner asked was 'how much'?, Kazan replied, 'about a million six', at which Warner said 'You've got it'. Kazan went to Warner to get what Zanuck at Fox wouldn't give him, final cut, he enjoyed complete artistic freedom on the film and made the most of it. After considering Brando for the role of Cal, Kazan opted for someone his screenplay writer Paul Osborn suggested, an untried stage and TV actor from New York called James Dean, and also decided on fresh faces for each of the younger roles in Dean's fellow Actor's Studio alumni Julie Harris and the unknown Richard Davelos. Veteran Canadian actor and Michael Powell favourite Raymond Massey, folk singer Burl Ives and Broadway actress Jo Van Fleet rounded out the cast.

East Of Eden is Steinbeck's take on the Cain and Abel myth, in this case the two brothers are Caleb (James Dean) and Aron (Richard Davelos) both competitive and vying for the love of their authoritarian father Adam (Raymond Massey) in Northern California circa 1917. The film opens up with Cal tracking down his absent mother (Jo Van Fleet) who his father had always told the brothers was dead. The film only focuses on the last two thirds' of the book and is essentially Cal's quest to find his true self, 'I've got to know who I am'?, and in order to do that he must know if he's inherited his 'bad' nature from his mother, as he conversely assumes his 'good' brothers nature is from their God-fearing father. Superficially his instincts are confirmed when it is revealed his mother is operating a whorehouse in Monterey, and he keeps his knowledge from his brother. Adam is getting older and wants to leave something of substance behind, he determines to ship refrigerated lettuce from Salinas to market and invests all his money in the enterprise. Aron enjoys a good rapport with Adam, who rides the troubled Cal at every opportunity, even though it's Cal who knuckles down to helping realise his father's dream. Aron seems to wander aimlessly with his girlfriend Abra (Julie Harris) but as the favoured son he's indulged and unchallenged. After Adam loses all his money in the failed lettuce shipment it's Cal who resolves to make the money back for him, and he asks his mother for a loan of $5000 to seed a new venture.

The Biblical mythic story archetypes are well known in every culture, so the situation resonates in many areas, and Kazan saw his own Anatolian immigrant experience in the difficult father-son relationship. Ray Massey had an intense and immediate dislike for Dean and Kazan played this up on set in order to benefit the on screen animosity, he further noted that Julie Harris with her kindness and patience did more for Dean's performance than he ever did, and called her his 'angel' when writing in his intense, self-eviscerating autobiography 'A Life' years later. Adam's failure at business allows Cal the key to get close to him on his terms, but when Adam finds out Cal made the money speculating on gains to be made in the bean price upon America's entry to WWI he's appalled and demands he 'give it back'. Adam sees hubris as his own business downfall and berates himself for the sin of pride in over-reaching with his ambition, whereas Cal is only following the maxim that 'war is good for business', and fails to understand his father's moral repugnance to the profits he made. Aron trumps Cal's wad of money by announcing he and Abra are to be married, causing his father to beam and Cal to dissolve in anguish and pain.

Julie Harris is wonderful as the good girl Abra, who wonders what life is like on the wrong side of the tracks, her emotional tone is perfect foil for Dean's tremulous and neurotic Cal. Abra is attracted to Cal, who reciprocates, at first in an attempt to get at his brother, but later his feelings deepen and he knows he loves her. Aron is a shallow and empty character, living life by his father's strictures and taking no risks, thereby not endangering his privileged status. The battle for Abra's affections leads Cal to revealing the secret about their mother and ironically it's this discovery that is the catalyst for Aron to break free, and the same thing that liberates Cal, contact with their missing mother, ultimately liberates him. The key to the familial puzzle is the mother Kate, and Jo Van Fleet's performance is brilliant, recognised by her peers with the Academy Award for Best Supporting Actress. Kate left Adam because he "wanted to own" her, and in leaving she shot him in the shoulder. The sheriff (Burl Ives) tells Cal of Adam that after the shooting, that "he died that day", and Cal comes to understand what makes Adam tick a little more. Kate was not to be kept shuttered up by a disciplinarian and even if it meant her sons thought her dead she preferred her freedom. A fiercely independent  woman she plays upon the desires of hypocritical men like Adam 'the town dignitaries sneak in the back door at night, while I walk in the front by day', she says of her customers. Kate knows Cal shares some of her instincts too 'you and I know what people really want', she says by way of explanation.

Kazan fashioned a classic with Easy Of Eden, ranking with his very best work, full of empathetic and appropriate touches that allows Dean's intensity to work. The visual style ifs more poetic than some of Kazan's other films, and there are real John Ford style touches in some of the moments the camera chooses to dwell on; a shot with Dean and an American flag flying in the background, a clutch of red, white and blue balloons escaping over the town spire during the war parade. The look of the colour and tone of the film is beautiful, expertly helmed by veteran silent era cinematographer Ted D McCord, who also shot the excellent John Huston location piece, The Treasure of The Sierra Madre, and some of the field working sequences in East Of Eden anticipate Malick's masterful Days Of Heaven in their expansiveness and poetry. James Dean's wonderful performance as Cal was posthumously nominated for Best Actor, and it captured the zeitgeist with disaffected Eisenhower youth in a similar way to how Elvis Presley tapped into it the same year. Dean's second feature, Rebel Without A Cause, with Kazan's friend Nicholas Ray was released shortly after his death  and it's success no doubt helped further build his legend as the avatar of '50's teen angst, his untimely death pushing him into the deified legend class.

East Of Eden came at a juncture in Kazan's life, still in the middle of the fallout from his HUAC testimony where he 'named names' and it had cost him many friends and caused him much anguish. Professionally his career was in the ascendant, a sting of critical and commercial hits had made his name as a director of films, not just a New York theatre legend who oversaw actor's performances and framed proscenium arch set up's. Kazan moved towards a more personal expression of cinema after this film, becoming even more heavily involved in the writing of the source material, but as a piece of cinema East Of Eden is amongst his finest achievements. 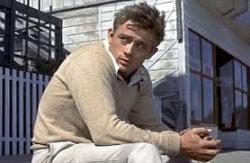 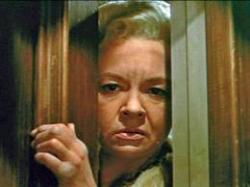 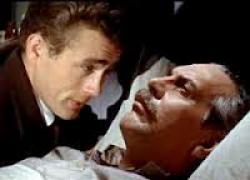