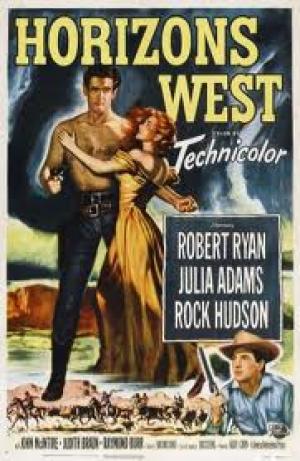 After any serious western genre fan has exhausted the A-list canon of Ford, Hawks and Mann, there are gems to be found in the unpretentious and direct executions of one Budd Boetticher. After labouring away in B-movie obscurity for nearly 10 years he moved through the ranks by having a reasonable hit for John Wayne's company Batjac with The Bullfighter and the Lady,  before signing with Universal and making a couple of respectable Audie Murphy westerns and it was during this phase he made the excellent if seldom seen, Horizons West.  Typically many of these programme fillers slipped by without too much fuss, but in the process some good films are overlooked, and in many ways Horizons West  stands up well against the technicolour films Anthony Mann made for Universal around the same time. Boetticher's film was in fact the first to display the  western potential of Noir regular Robert Ryan, excellent as the bad guy, and used by Mann in his masterful The Naked Spur  the next year. Just as Mann used theatrical and classical allusions in his western's Horizons West  is essentially a restating of the Cain and Able myth.

Dan (Robert Ryan) and his brother Neil (Rock Hudson) are Confederate soldiers riding home from the civil war with the foreman of their family ranch Tiny (James Arness). Immediately Boetticher subtly includes a biblical framing by having the trio stumble across a herd of sheep, one of which needs saving from the mud. Tiny pulls out the (black) sheep and helps it on it's way, it's a theme that will be played out at the denouement when the human black sheep rejects Tiny's help. Dan is disgusted by the South's defeat in the civil war, "I'm one of the vanquished",  he says, and the steady work and toil that his family ranch offers won't get him rich quick enough. He's attracted to Lorna (Julie Adams), "See me when you've had a shave",  who is the wife of Hardin (Raymond Burr), a local big shot in Austin, Texas, and soon he gets into a card game with Hardin that leaves him with a debt he can't meet. Dan has been damaged by the war, he's come back a changed man, and Boetticher shows the feral nature of the men who have returned to a home that has no use for many of them, a perpetual problem in any conflict, and a salient one in 1952 still, as American soldiers were still coming home from Europe and Korea.

The ambitious Dan can't "pretend there's never been a war" , as his father asks, and turns to cattle rustling for fast money, secretly recruiting a nearby pack of renegade ex-soldiers led by Dandy (Denis Weaver) who is an old army buddy of Dan's and selling the cattle in the Zona Libre in Mexico. Dan lays out the plan to the men, "With no Texas rangers now, and very little law",  he'll build an empire in no time, "and when I'm on top people will swear I've done nothing wrong at all".  Boetticher is commenting on rampant capitalism, when fortunes made enabled complicity to be purchased. Dan buys off the local law, as he does everything else once his money comes in, oblivious to what he's lost by being corrupted. Neil does the dutiful hard work on the ranch with Tiny, but once the lawlessness threatens the community he has to make a stand against his brother. Dan's inexorable rise leads him into conflict with his own Father (John McIntyre), and inevitably Hardin, who's goons capture and beat Neil to lure Dan to their lair. Dan usurps Hardin's empire and takes up with Lorna, before Neil is given the Marshal's job and has to arrest Dan, who has finally gone too far when Dandy kills a local official lobbying to restart the Texas Rangers. Dan is taken by Tiny to safety after a mob turns on the lawmen, and Tiny tells him "you've lost pity and understanding" , before Dan kills Tiny.

Boetticher's handling of some sturdy material is fluid and sure, capturing the action as well as the interaction, and his rapport with the actor's elicits great performances out of his cast. Robert Ryan continued to be one of the most reliable of leading men, and is great as the odious but charismatic Dan, the empathetic playing makes the viewer regret the resultant 'fall'. Burr has great fun as the villain and Julie Adams is lovely as the disarmingly scruples-free wife, "I see you're conventional",  she says disappointedly when Dan refuses her advances while Hardin was still around. Rock Hudson has the thankless role of the 'good' son, but does enough to keep his career trending towards stardom. Denis Weaver has some great moments as the near psychopath Dandy, giving a modern edge to the performance. Horizons West  is a studio picture par excellence, where all the elements cohere to make a superior entertainment, Boetticher corrals all the requisite set pieces and let's evil be vanquished finally as it must, to fit the formula, but there is nuance and skill in the doing, and sometimes that's more than enough.

The American civil war was a defining moment in the way American's see themselves, and too little explored, and here Boetticher makes a good fist of hinting at the wrenches and suffering the conflict wrought. The tragedy here is of a man ruined by the years of war and the bitter aftertaste of defeat, grasping at any scheme to bury that humiliation. The canvas Boetticher painted was vibrant and layered, even within the constraints of a 'western' genre film, and the melodrama never overwhelms what is a potentially cliché infused set up. Boetticher went on from Horizons West  to a tremendous series of justly lauded westerns with actor/producer Randolph Scott, the so-called Ranown cycle, and made his name for lovers of westerns keen enough to look beyond the canonical titles, but all the evidence of his skill and verve with the form are on display in this under-rated little gem. 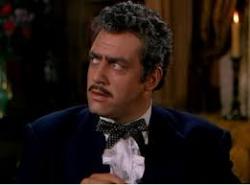 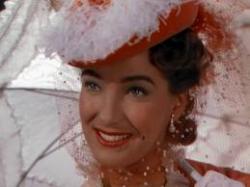 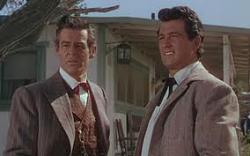 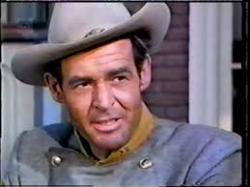