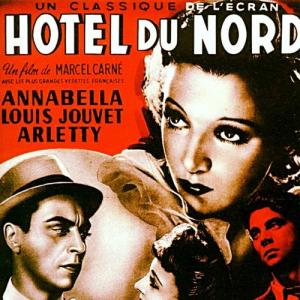 'I will not “classify” my film which will be realistic without being a “slice of life”. Jeanson, through his dialogues, will set the tone. I will try to idealize the atmosphere and the facts somewhat'
- Some poetry ?
'Good films cannot do without poetry .'
~ Marcel Carné (1938 Cinémonde interview)

Hôtel du Nord is a poem to life, a celebration of ordinary lives and loves and passions, but with an admission that dark currents and even suicide is part of the fabric to consider. Importantly though suicide is not condemned as a choice and is shown both as a romantic but mistaken ideal and as a valid response to one’s hopeless situation.  Carné and his top notch creative team, this time without screenwriter Jacques Prevert, took the source novel and worked it into a treatise on the reality and dignity of a working life and of how the ideal of romantic love remains the longed for means of escape, either in life or in death.

The tale is centred on the hotel of the title, and Carné had an expensive replica of the real hotel and its street constructed in the studio and it gives the piece a verisimilitude that you don’t often get in purely studio bound creations. The cinematographer has great depths he can work with and elaborate moves that would not be possible on the real location. The film opens with a swooping move from the street to high up on a bridge and then under it to reveal a pair of fated lovers, Renee (Annabella) and Pierre (Jean-Pierre Aumont), who plainly have the weight of the world upon them. The film will close with a duplicate shot where that weight is lifted. In the interim we see them wander into the Hôtel du Nord to occupy room 16. We’ve already met the other inhabitants by then, most enjoying a communion celebration party with the landlords and we start to form impressions of each due to the subtle and understated script and great ensemble casting. Missing from the gathering is the formidable train station hooker Raymonde (Arletty) and her lover and protector Edmond (Louis Jouvert) as they are in their room sniping at each other. Edmond is obviously stifled in the relationship and is looking for a way out.

From the window of room 16 Pierre and Renee gaze mournfully at the outside world that has offered them so little and plot their escape, the method being the small handgun Pierre has with him. Only minutes after the earthy party group downstairs had been reminiscing and recalling their favourite memories and the tiny moments and things that have brought them true happiness we hear a gunshot. Edmond rushes in from the next room to find Renee seemingly dead on the bed and Pierre, unable to go through with the pact, he runs out and Edmond pockets the gun he’s left behind.  Carné tracks Pierre’s flight, and in a fantastic shot envelopes him in a symphony of steam as he’s unable to leap to his death from a train bridge. Renee recovers and Pierre gives himself up, disgusted with his cowardice, he is sent to prison convinced he’s unworthy of Renee’s devotion.

Renee returns to the Hotel once she’s recovered, wanting to see room 16. The warm-hearted owners take her in and encourage her to try and embrace life and forget Pierre. She takes a job at the Hotel and in doing so unwittingly keeps a smitten Edmond there, stopped in his tracks when he sees her alive again. He and  Raymonde were planning a change of scenery due to news a couple of gangsters were out to settle an old score. Renee is soon caught up in the swirl of life and activity at the Hotel, and her pretty naturalism is a source of great appeal to the men of the place. She is still in love with Pierre and visits him in prison, but he’s unable to respond while he’s full of self contempt.

Carné and his screenwriters Jean Aurenche and Henri Jeanson concurrently weave several relationships between the tenants into the narrative. Everyone it seems has a will to love, some in a simple, earthly way, demanding nothing and happy in the easy bustle of life, others holding out for the stars, all the while settling for much less. Renee and Raymonde symbolically make the bed in Edmond’s room together, Raymonde instinctively knowing Edmond is already lost to her and what’s to come, meeting in with stoic fatalism and acceptance. Edmond, in a memorable confrontation with Raymonde ('Atmosphere, atmosphere?!') finally severs ties with her and convinces Renee to run away with him to a new life in Port Said. The escape proves illusory and Renee returns. Raymonde moves on to a new room and situation at the hotel, and betrays Edmond to the gangsters who are intent on paying back his betrayal of them. Edmond returns, kisses Renee goodbye and walks into the room, throwing the gun he took from Pierre to the man who will kill him.

The crucial thing that distinguishes poetic realism from other melodrama of the time is the philosophical depth of the exchanges. The degree of self realisation, of humanity and also the true nature of things challenges each character to find meaning in existence. Actions are not judged in the same way you find in Hollywood films of the 30s, eg Raymonde is a prostitute, it’s her job that’s all, we don’t see her condemned at any point for that choice, indeed she’s actually embraced by the community. The same for a gay character, who actually leaves Renee to walk off with another boy, unthinkable in Hollywood for another 30 years at least. The performances Carné extracts from the cast are uniformly assured, but Louis Jouvert and Arletty provide characterisations for the ages and are forever associated with their justly famous scene on the bridge.

To the swill of post Great War intellectual soup was added the rise of fascism in Europe in the 30’s and that saw Existentialism grow to prominence in France, particularly in the works of Satre and Camus. It was stated that ‘the possibility of suicide makes every human an existentialist’. Finding meaning after the trauma of WW1 and the Great Depression, meant finding a new way of thinking and sometimes it meant moving away from moribund institutionalism. The short lived flowering of the left in France would soon come under the Nazi jackboot, but late 30s French film represented a window, a small but luminescent ray of light that gave us the miracle of Poetic Realism, and the superbly rendered visions of Marcel Carné. Hôtel du Nord is one of the finest examples of Poetic Realism (with the ironic central conceit being that the Hotel set was as fake as any Hollywood confection) and still stands as a witty and delicious example of what happens when art and content can elevate a project to the rarified atmosphere where masterpieces reside. 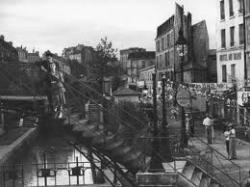 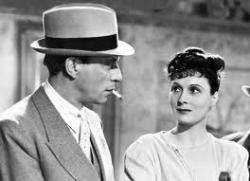 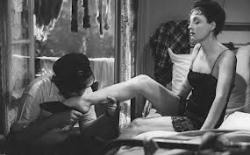 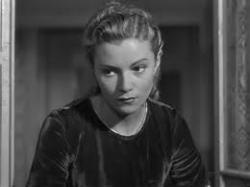