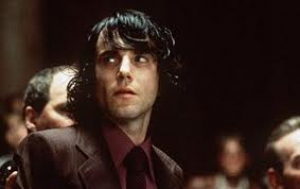 In The Name Of The Father

"True freedom requires the rule of law and justice, and a judicial system in which the rights of some are not secured by the denial of rights to others."
~ Jonathan Sacks


Jim Sheridan adapted Gerry Conlan's autobiography Proved Innocent  into this compelling and tense re-telling of the plight of the Guilford Four. Wicked deeds were perpetrated on both sides of the sectarian divide during 'The Troubles' in Ireland in the 1970's, and occasionally acts of violence spilled over onto the British mainland as with the blowing up of a Guilford pub, a popular watering hole with British soldiers. Sheridan creates a template from which to expose institutionalised corrupt practices that led to 'unsafe' convictions not only of the four but of seven alleged accomplices, all since proved not guilty. Daniel Day-Lewis, having starred in Sheridan's wonderful debut feature, My Left Foot,  for which he deservedly won a Best Actor Oscar, took the role of Gerry, and English actor Pete Postlethwaite the role of his father.

Gerry (Daniel Day-Lewis is a petty thief in Belfast stealing iron off rooftops, but gets mistaken for a sniper and pursued by soldiers. The community rallies around the fleeing boys and soon a riot breaks out. Gerry gets caught by the IRA who take a dim view of thieves in the district but his father Giuseppe (Pete Postlethwaite) saves him from punishment and sends him off to London to find work and stay out of trouble. Gerry hooks up with a school friend en-route, Paul Hill (John Lynch), and the pair soon settle in a squat looking for "drugs and free love".  Tipped off by a jealous house mate in the squat to their pro-Irish politics the police track down and arrest Gerry back in Belfast, living large having stolen 700 pounds off a hooker. New terrorist laws allow for detaining of prisoners without charge for 7 days, and both Gerry and Paul are tortured and confessions eventually extracted. Giuseppe comes to London to help prove Gerry's innocence, but is caught up in the crossfire by an over-zealous police force and charged with supporting the group. At the trial Gerry is sentenced to 30 years, Giuseppe as part of the MacGuire Seven is given 12 years.

Sheridan uses the fictional framing device of having Gerry and Giuseppe share a cell in order to reveal the humanity of the men involved (the two never shared a cell in real life). The scene where Giuseppe joins his son in prison remains one of the most powerful ever put on film, Gerry spewing a lifetime of frustration and invective at his bewildered father, dissolving into an angry and steaming mess before collapsing into his father's embrace, high level acting from both men. Giuseppe adopts the demeanour of the defeated, convinced the authorities will come to realise their 'mistake', and correct the error if he keeps asking. Gerry's cynicism prevents him from joining the campaign to overturn the judgement until Joe MacAndrew, the real IRA bomber, comes forward after being sent up for another crime. Initially Gerry, who is in fact apolitical, sides with Joe and rebels against the prison guards, telling Giuseppe "at least he fights back",  until he sees the true dimension of Joe's hatred and realises there's no future in that type of fighting back. Gerry becomes engaged in the struggle as his father becomes sick after years in prison, and he tries to get him out to spend his last years as a free man.

Day-Lewis dominates proceedings as Gerry and again reminds people of his consummate gifts as an actor, where even the small moments like his reaction to the Priest coming in to his cell to deliver bad news is startling in its economy and power. Postlethwaite is brilliant in the role of the father, investing great humanity and feeling in his delicate characterisation. There is a tender moment when Giuseppe tells Gerry about his love for his mother, "Every night I take your mothers hand",  and does it without a trace of artifice. Emma Thompson has a smaller role as the crusading lawyer, but delivers big time in the raucous court room scene where British justice bumps headlong into the momentum of a truth that can finally not be denied.

If Germany has had to face up to its bleak recent history via its artistic cultural institutions, like film and literature - it's at least done that in part and has benefited in the process, unlike say Japan, where it's WW2 war past is still suppressed. Britain too needs to confront its actions during the difficult period that the 'Troubles' represents, and it seems it's only Irish filmmakers who are making the effort. Apart from Alan Clarke's BBC piece from 1989 Elephant,  the British attempt to confront the significant and difficult legacy that the issue has caused is pretty bare. In The Name Of The Father  is a procedural that exposes just how far procedure can be compromised when the primacy of obtaining a 'result' trumps issues of due process and legal integrity. The political climate in England at the time saw a public baying for blood over a succession of IRA bombings, and the fear that the incidents on home soil would escalate, created an environment where suppressing evidence was condoned.

Disgracefully, even though the convictions were overturned, no policeman ever served time for manufacturing evidence or withholding information so as to create the grounds for the unsafe convictions. So much for British justice. Gerry Conlon himself said that if the 'Prevention of Terrorism Act', which increased the time for being held without charge from 2 days to 7 days, had not recently been passed that he would have been able to withstand the brutality of the police for the smaller period and not sign the false confession. In the current era where the rights of the individual are being eroded in every western democracy as a reaction to Muslim extremist related terrorism it's a timely and salient warning to witness just what a slippery slope that can be. In The Name Of The Father  should be required viewing as to the human damage that can be done. Amen. 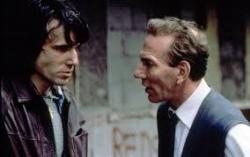 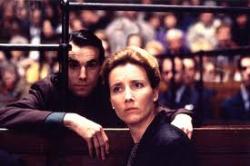 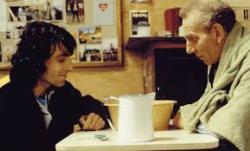 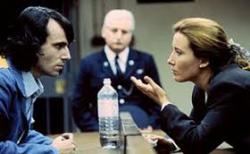 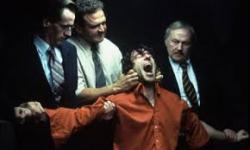 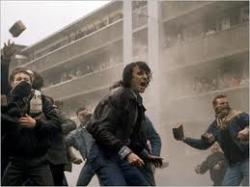 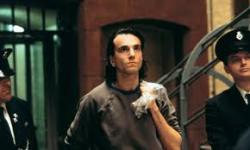