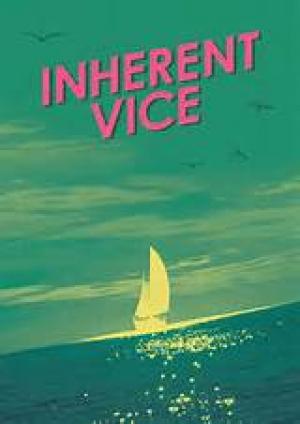 The Doc abides or rope a dope?

“If they can get you asking the wrong questions, they don't have to worry about answers.”
~ Thomas Pynchon

Paul Thomas Anderson followed the huge successes of There Will Be Blood  and The Master  with one of his least commercial pieces, his maddeningly obtuse adaptation of Thomas Pynchon’s Inherent Vice.  If audiences were expecting a Boogie Nights  meets The Long Goodbye  kind of neo-noir romp through 1970’s Los Angeles then any cursory knowledge of Pynchon’s rambling musings might have indicated otherwise. Anderson teamed up with his leading man from The Master,  Joachim Phoenix, and made a mood piece satire on the moment the hippies ran into a Nixon led establishment backlash.

Doc (Joachim Phoenix) is a laid back stoner who works as a detective in a beach side suburb of LA. Shasta (Katherine Waterston), a former girlfriend, appears suddenly with a proposed job for him and a story about a well known land developer and his scheming wife. Doc looks into the problem, but before long other threads attach themselves to a labyrinthine skein which challenges his permanently addled mind to unravel. Doc’s nemesis appears in the form of the uptight cop, Detective Bjornsen (Josh Brolin), known to all as Bigfoot, who variously attempts to put Doc in the frame for murder and drug running.

Pynchon’s post-modernist stew is typically dense and fractured concoction, containing as it does many observations on the issues of the early ‘70s, a time when Pynchon lived in Manhattan Beach in LA. Anyone looking for a coherent or direct commentary on political divides and social mores should look away now, as Pynchon adopts an impressionistic approach, one that Anderson embraces in his adaptation, making for a mood piece rather than a narrative driven one. As if to underline the point, Anderson and his regular cinematographer, Robert Elswit, take an almost anti-cinema approach, avoiding any contextual or wide shots for the most part and delivering a film that is mostly contained of single or two shots of Doc, or of Doc and someone else speaking. The tone is non-glossy, washed out and neutral, tacitly telling us that 'this is not an entertainment'.

Anderson’s distillation of the work, finding its essence in the rambling dialogues gives the satire a bitter heart. It also heightens the feeling of being cheated, as the ‘clues’ are followed with due deference, as if they will deliver us a conventional answer, when all along we should suspect they will not, in fact, that they can not. The point of it all is that there is no point, for Pynchon the counterculture versus the ‘man’ was a continuation of the Beats versus the establishment of a previous (his) generation. Doc is escaping life instead of embracing it, and the tragedy of Bigfoot is that he is doing the same, something that Doc ultimately realises in a quietly tearful rapprochement.

Pynchon wrote of a time when the hippie dream was unravelling at a rate of knots in the wake of Altamont and the Manson murders, when paranoia and fear were shaking the quietude of the sleepy LA suburbs. The idea of a cult is lampooned in the form of The Golden Fang, which turns out to be an unlikely alliance of heroin dealers and dentists! The rationale for this nexus, being that heroin rots your teeth, is encapsulated in the pithy voice-over, “As long as American life was something to be escaped from, the cartel could always be sure of a bottomless pool of new customers.”  Manson relied on a steady supply of disaffected middle class girls looking for an answer to the meaning of life, and their subsequent gullibility only seemed enhanced by the mind expanding drugs du jour.  The satire extends to Wolfmann (Eric Roberts), the celebrity land developer taken into a cult posing as an insane asylum with the motto ‘Straight is hip’ on its building. Nixon gets the obligatory nod in the form of an organisation for ‘vigilance’, and the government intelligence community is, of course, lurking behind every nefarious deal, hilariously so in the planting of Surf Music sax hero Coy Harlingen (Owen Wilson ) as a Nixon heckler to establish his counter-culture credentials.

Some critics have nominated Altman’s deconstructionist adaptation of Chandler as a reference point, but in truth Anderson’s film is more Cisco Pike  than The Long Goodbye.  The battle between Kristofferson’s drug using musician and Gene Hackman’s corrupt cop in that little seen 1972 curio is echoed in the antagonism between the two central characters in Inherent Vice,  the stoner detective Doc and the “renaissance man” cop Bigfoot. Its obvious modern close cousin is The Big Lebowski, but the sweet natured Coen’s effort is much more accessible than Anderson’s difficult mood piece, though both have similarly oblique and understated commentaries to offer on the power and reach of conservative politics.

The film could not easily exist without the talents and commitment of Joachim Phoenix, who fills the screen for much of the (admittedly too long) running time. Phoenix delivers his usually fearless and fully engaged performance, creating another in a line of superb characterisations that mark him as one of the best actors in America. Josh Brolin is excellent as the buffoonish cop as Anderson peppers the cast with a grab bag of types, and Martin Short, Owen Wilson and Benicio Del Toro all step up to the mark. Katherine Waterston makes a fine impression as Doc’s erstwhile love interest, as does Hong Chau as the feisty hooker. The atmospheric soundtrack is provided by Radiohead’s Jonny Greenwood, who adopts a Doors style instrumental template (without Manzarak’s bombast) for this, his third collaboration with Anderson.

An ‘Inherent Vice’ alludes to an insurance clause, where an inbuilt element of something contains in it the seeds of its own destruction, i.e glass is prone to shatter because of its intrinsic make-up. Pynchon is subtly contending nothing less than the seeds for the destruction of the American Dream are built into the capitalist system.  Pynchon chronicles a time when Nixon was busy taking back the agenda and setting the ground for a rabid corporatocracy, a ubiquitous Golden Fang that would benefit Wall Street at the expense of Main Street for decades to come. Anderson finds the bent humour and the surreal underbelly of Pynchon’s milieu, where a post-modernist aesthetic drops references to Gilligan’s Island  as easily as to the horrors of Cielo Drive, and the central cop works as an extra on TV show Adam 12.  In the face of all of this, Doc eschews the Tune in and goes straight to Turn On and Drop Out, waiting for his girl to return and possibly redeem him and even offer him a path out of the madness.

Inherent Vice  will polarise audiences, its languid pace and shambolic structure make it hard work at times, but surrender to its joys and there is much to find. It’s a bubbling cauldron of cultures clashing and desperadoes of all stripes trying to find a way to survive and live in a world that’s confusing and fracturing at the seams. It has neither the brassy gloss of Boogie Nights,  nor the deep poetry of Magnolia,  nor the epic drama of There Will Be Blood,  closer as it is in tone to the outsider ethos and low key beats of Punch Drunk Love  in the Anderson canon, but it will stand as a worthy entry in a master director’s body of work. 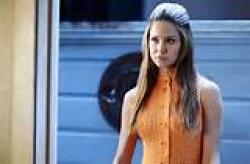 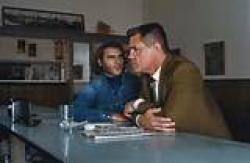 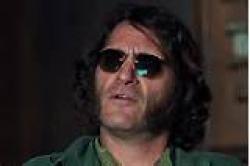 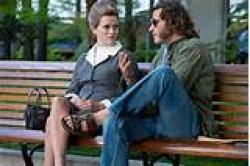 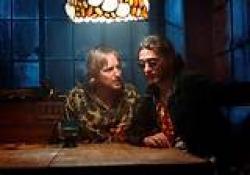 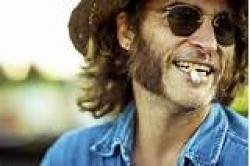