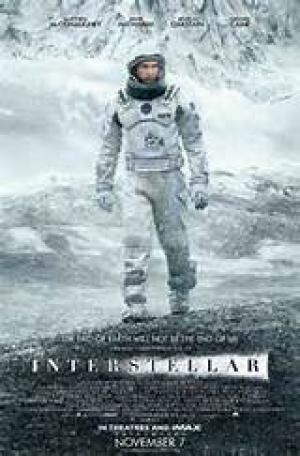 Ghost in the time machine

Interstellar is Christopher Nolan’s languid love letter to humanity, his most emotional and sentimental piece to date, it examines the link between the heart and the brain in driving the survival of the species, and comes down firmly on the side of the heart. Nolan sourced project from a script by his brother Jonathan, who was contracted to work on a story from Theoretical Physicist Kip Thorne, a key contributor to the film adaptation of Carl Sagan’s Contact,  by Robert Zemekis. Nolan merged their work with a script idea of his own and employed Matthew McConaughey and Anne Hathaway to lead an A-list ensemble featuring John Lithgow, Matt Damon, Casey Affleck, Ellen Burstyn, Michael Caine and Jessica Chastain. It also marked the first feature without his fine and regular cinematographer, Wally Phister, but he managed to pay homage to all the great sci-fi touchstones, particularly Kubrick’s epic 2001, A Space Odyssey.

In a dystopian, post apocalyptic future, after an unspecified calamity, the Earth is in its death throes. The surviving humans live in a kind of permanent dust bowl, where the crops are failing and time is running out for the survival of the species. Cooper (Matthew McConaughey) is an ex-NASA pilot who is struggling to maintain a failing corn farm, with a bright young daughter called Murphy (Mackenzie Foy) who is convinced there is a ghost in her room trying to communicate with her. Her resolutely scientific father interprets the ‘signals’ the ghost is sending as code and they drive to the coordinates he deciphers, finding an old colleague, Professor Brand (Michael Caine) who reveals a secret NASA installation and a plan to save the human race. The plan depends upon a capable pilot being able to negotiate a craft through a wormhole near Saturn and on to potential new worlds capable of supporting human life. Brand convinces Cooper to leave his family and pilot the ship, but Murphy is devastated at her father’s departure. Cooper leaves, with Brand’s daughter Amelia (Anne Hathaway) as part of the team, to find hope, and to get back home if they can.

Nolan does a nice line in retro-chic, conjuring images that evoke Steinbeck’s The Grapes of Wrath  in the heartland sequences, then casually dropping in the futuristic radar controlled plane that beguiles Hooper’s children - it’s a subtle link from the past to the future, and is part of the underpinning fabric of the piece. The nub of Nolan’s approach is to contrast past and future, and also the idea of emotionless, cool science being practiced by human beings, who are inherently programmed by nature and culture to be ‘emotional’. This yin and yang speaks to competing and balancing interests in the affairs of men, an idea that makes glib or easy answers a paradoxical impossibility. Nolan neatly provides a cold planet as a backdrop for warm humans, suggesting that life will dig in wherever it can, regardless, that human beings will cling on like uber-bacteria, so hard wired is our will to survive.

If the urge to connect and survive is at the core of our DNA, in a Darwinian sense, then its primary driver is the evolution of empathy, and of its highest human form, love. The unconditional love of a parent is the warm heart of the film, a connection that is poetically asserted by Nolan to be one that cannot be broken by space and time. Nolan also hints at the myths that have built the foundations of religion and at the supernatural by weaving a thin fabric of Biblical allusion into the piece. The unknown ‘intelligence’ that is beckoning mankind to its ‘salvation’ is a clear allusion to God, the carrying of life on the spacecraft is akin to an ‘Ark’, and of course its name is Lazarus.  Nolan glances at the mysticism that informs our poetic and romantic idea of a father/creator, partly embodied in the Cooper-Murphy dichotomy, but ultimately he simply and elegantly concludes that God is us. The film is also a shaggy ghost story, a considered essay on the enduring wish for immortality, for humans to connect beyond the grave. The strength of the love a father has for his daughter is the key element for Nolan to frame his thoughts, thereby warming up the cool intellectualism of the science involved.

Nolan opts for a warm hearted treatise on the skein of connectivity that underpins the primacy of survival of the species. Interstellar is no dry Darwinian trope; it is an emotionally charged scenario that speaks to the imagination and reach of humans, to our yearning to understand the universe and our place in it. The central building blocks of life, the “stuff of life” that Carl Sagan said was the connecting thread to all matter in the universe, are not myriad strands of DNA, according to Nolan, but human love, something so strong that it rails against the inevitability of space and time itself. Time may be seen in quantum psychics as series of endlessly disassembling and reassembling singularities, but we widely cling to the idea of a ‘river’ of time as seen from our relative perspective, even if  this idea is more poetic than scientific, and Nolan elegantly links the two concepts in Interstellar.

McConaughey is a fine ‘everyman’ turned Starman, topping off a stellar couple of years in which he resurrected an uneven career as a serious actor by delivering stand out performances in the remarkable Mud,  the fine but worthy Dallas Buyer’s Club  and the superb HBO series True Detective.  His dogged and determined galactic quest is not to conquer the stars, it’s to get back home, and he manages to maintain that faith in the face of serious opposing forces. Anne Hathaway is subdued as the scientist’s daughter who may be undermining the mission by her desire to find her boyfriend, but the role is little more than an adjunct for McConaughey’s character. The real find is the lovely performance of Mackenzie Foy as the younger Murphy, a bright and engaging child actor and a star in the making. The razor sharp child who grows into the Jessica Chastain scientist sees her father’s leaving as the ultimate betrayal, and the device Nolan employs to examine that rift is a series of messages they send across the universe, a kind of secular interstellar prayer, both keeping the faith that each might yet be heard by the other.

Love is the core theme of Interstellar,  just as much as survival, and Nolan contrasts the lengths that humans will go to in order to survive from both sides of the coin, from noble self-sacrifice to callous selfishness. Dr Mann seems to be living on a habitable planet, offering a chance for humanity to start again, but his dark lie is revealed and his desperation to survive proves a bitter pill for the rescuers to swallow. Amelia is also tempted to compromise the mission by favouring the planet of her ‘boyfriend’ as the one most likely to support habitation, a reminder that reason and logic can be not be unbiased when love enters the equation. Environmentalism also gets a nod, with casual mentions of “6 billion dead” as the Earth struggles to keep giving us sustenance, and one implied reading of the ‘apocalypse’ and of the survivor’s dilemma would be that of humankind having drained the planet of life until it’s left as a shell of blight.

Christopher Nolan has made his reputation with cinema that consistently delivers brilliant execution of high concept pieces, and this film is no exception. Nolan has moved seamlessly from smaller, intense films (Following, Memento)  to the big budget blockbusters like his ferocious Batman  reboot and his layered-to-a-fault, sci-fi mind meld, Inception,  equally adept in every situation. Interstellar   feels like he now wants to make a meaningful statement without resorting to jaw dropping visuals, or overly clever, labyrinthine scripts. The gorgeous visuals never overwhelm the narrative and work at the service of the story, even if the casual cinematic elegance evokes Kubrick, as much as the conceptual and textured nature of the story evokes Tarkovsky. Nolan freely admitted he wanted to provide a ‘family’ film that harked back to the classic Spielberg era of Close Encounters of the Third Kind  and E.T .– The Extra Terrestrial,  and it is a measure of his success that he has provided all that and more.

Interstellar  may not be for every generation, its warmth and tenderness and long form languidness may be out of touch with the cynicism of the video game generation who mostly take their fun in 12 minute bursts of violence, but its soul and humanity will long outlast the specious, console driven vacuity of that virtual world. Nolan has made a life affirming epic for the ages, a repudiation of superstition and of the supernatural, with the central idea that the natural universe is magnificent enough without having to create a bizarre and unsupportable mysticism where none is either evidenced or required. Christopher Nolan is an artist who is not afraid of the grand idea, of relishing the fact that as humans we can also have a life of the mind that complements mere existence – he’s also firmly staked his claim to be one of the major directors of his generation. 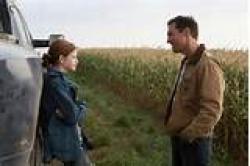 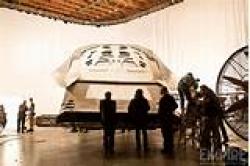 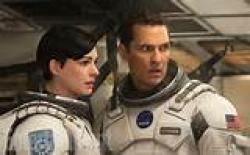 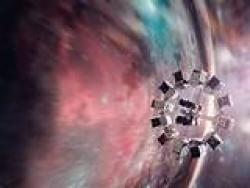 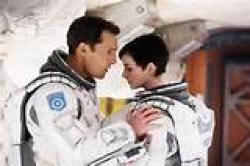 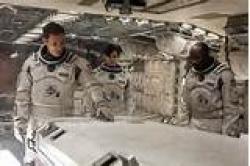 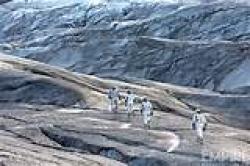 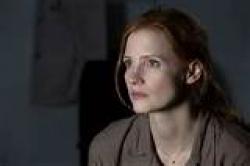