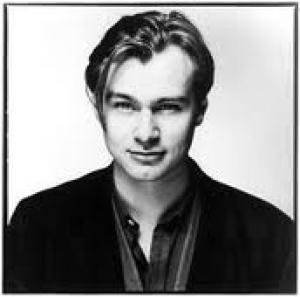 "In Hollywood there's a great openness, almost a voracious appetite for new people. In England there's a great suspicion of the new. In cultural terms, that can be a good thing, but when you're trying to break into the film industry, it's definitely a bad thing."  ~ Christopher Nolan

Englishman Nolan came to attention in the late '90s with his low budget noir-ish effort Following. The stylish and atmospheric film earned him enough of a reputation for him to produce the memorable (sic) Memento in 2000, based on a story from his brother Jonathan. The brilliant and elliptical story marked Nolan for the big league, and Al Pacino and Robin Williams signed on to star in the follow up Insomnia, in 2002. The film, a re-make of a first class 1997 Norwegian thriller was a huge success, and Nolan was offered the opportunity to re-boot the dormant Batman franchise, which had sputtered out after Joel Schumacher's jokey Batman and Robin in 1997.

"Superheroes fill a gap in the pop culture psyche, similar to the role of Greek mythology. There isn't really anything else that does the job in modern terms. For me, Batman is the one that can most clearly be taken seriously." ~  Christopher Nolan

Batman Begins is a dark hued examination of obsession and psychological damage, and looks at the roots of complexity in the Bruce Wayne character, allowing for a more adult and satisfying take on the comic book hero. Christian Bale worked for Nolan on his next film, the wonderful The Prestige, again teaming up with Michael Caine and adding Hugh Jackman as the rival magician in Victorian London. Nolan made the masterstroke of casting Heath Ledger as the Joker in his second Batman film, The Dark Knight in 2008, and coaxed an incredible performance out of him, creating one of the best films of the naughties in the process, and one of the best ever comic book franchise films.

Nolan's career reached a zenith with Inception, where all of the lessons learned in his big budget epics met with his edgy Memento like bending of linear storytelling to create a powerful and intense sci-fi epic. Ridley Scott's Bladerunner had been an inspiration in his vision for the look of the Batman series, and here he melds Bladerunner chic with '2001' style elegance. Nolan wrapped up his Batman trilogy with the slightly bloated, though still compelling The Dark Knight Rises in 2012, and has signed on to re-boot the Superman franchise as a producer.

Nolan's first effort in the Superman cycle is the Zack Snyder helmed Man of Steel, and it displays all the usual concerns a Nolan film is associated with given the attempt to overlay a psychological dimension to the character. Superman undergoing an existential crisis may be a bit too much for the cartoon figure to bear, even given his super strength, but the real problem is the 'messiah' prism that the writers have concocted, and the overt referencing of the Jesus myth. It'll be fascinating to see where this goes, but Man of Steel will stand as an interesting failure.

Nolan next made the brilliant space drama Interstellar, as much an affirmation of the value of existentialist philosophy and what it means to be human, with the contrast of the enormity of time and space creating context. He next turned his gaze backwards and created the almost documentary feel masterwork, Dunkirk, based on the British Army evacuation from a beach in France in 1940. Nolan managed to make a film that was neither nationalist nor triumphalist at a time when right wing, populist nationalism is having its turn, instead affirming the quiet dignity and bravery of ordinary people caught in an horrific situation.

Nolan's visual style owes a debt to neo-noir, and his ability to generate great performances speaks to an empathy with good actors. Nolan's films never feel 'tricksy', he merely finds the best angle to tell his story from, and cuts with a minimum amount of fuss. His journey from low budget hipster to king of the blockbuster epics is an odd arc, but his ability as a writer and storyteller is the link that keeps his work interesting and engaging.