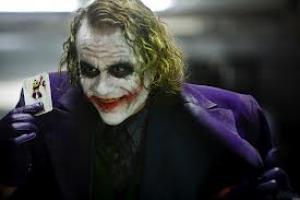 After the megabucks success of his 2005 film 'Batman Begins', a dark toned re-imagining of the iconic comic book hero, Christopher Nolan could write his own ticket in how he continued the saga. Nolan made the bold choice to amp up the villainy in the sequel, and cast ill-fated Australian actor Heath Ledger to give life to arch-villain Joker, following in the footsteps of screen immortal Jack Nicholson no less. Ledger gives a once in a lifetime performance, and it's his character that stays in the mind, long after the final fade out has occurred. Nolan used his usual team of collaborator's, most having made the transition from the indie world of 'Memento' with him, including cinematographer Wally Pfister and screenwriter, his brother Jonathan Nolan. Nolan craftily continues to rely on high calibre actors, Christain Bale again signs on as the caped crusader, and Michael Caine continues his late career renaissance with Alfred, the Butler. Brilliant Brit thespian Gary Oldman slums it once more as police officer Gordon, but brings depth and substance to even the most under written sentence.

Nolan gives us a Gotham City more comfortable with it's masked and anonymous crime fighter than in 'Batman Begins', with many crimes now being complicated by the arrival of copycat and highly inferior Batmen. We arrive at a heist in progress, and eventually find that the crew has taken out a 'mob bank', when the lead robber, the Joker, is warned he's unperturbed as his motive is to get the mob bosses attention. The Joker arrives to break up the bonhomie of a mob meet to discuss their losses, but his presence is unwelcome and they reject his manic overtures and further resolve to park the bulk of their money off-shore in Hong Kong for protection. Batman (Christian Bale) tracks the money to Hong Kong and smashes the conspiracy, as District Attorney Harvey Dent (Aron Eckhart) takes on the case. Joker attempts to disrupt the city by assassinating a Judge and the Police Commissioner, apparently killing Police Lieutenant Gordon in the process. Bruce Wayne champions Harvey Dent, as Batman must face off with the evil Joker.

Nolan makes 'The Dark Knight' work so well by bringing the conflict into balance, where the villain is as complex and dynamic as the hero, and the line that separates them is not entirely clear. Joker determines that "Gotham deserves a better class of criminal", and he is hell bent on giving them one. Batman remains a conflicted hero, and as Bruce Wayne he yearns for the city to embrace "a hero with a face", someone respectable like Harvey Dent, not one who cannot look it in the eye like Batman. Nolan makes some subtle allusions to the madness that Joker represents, and to the obsessive edge a character like that must inevitably have, as being the dark side of Batman's own psyche. Batman realises in order to kill the monster you have to become the monster, and that something is lost in the doing. "You either die a hero, or live long enough to see yourself become the villain".

As sound and as anchoring as Christian Bale's fine performance as Batman is, it's Heath Ledger who steals the film in every way. It's a jaw dropping role, and one that could easily have ended up as camp and jokey as Caesar Romero's in the 1960's pop art TV version, but Ledger invests it with such a level of malevolence that it elevates the role to the front rank of screen criminals. Ledger is so bold in his choices he convinces us we are watching a bona fide terrorist, who is living out his surreal death wish fantasy in combating his bête noire in Batman. It's an indicator of it's range that the idea of the Joker is no longer associated with the brilliant Jack Nicholson, but with Ledger. The powerhouse performance speaks of a director and star in perfect sync, with Ledger trusting his director to translate the intensity into a coherant representaion of a core idea, and to keep the film balanced at the same time. In the same way Francis Ford Coppola took a mob story and applied an operatic intensity to the narrative in his seminal 'The Godfather' in 1972, so Nolan amps up the gravitas in the Batman oeuvre until the stories comic book roots become redundant. It's some sleight of hand, but treating the premise as mythological literature, rather than the pulp fodder it is, pays handsome dividends. The big budget effects are also superbly done, never becoming an excuse to simply fill screen time as it is in other franchises, with Nolan avoiding the pitfalls of digital CGI, prefering instead to use real stunts shot on film.

Nolan starts with a cinematic nod to Stanley Kubrick's 'The Killing', in the style of mask the bank robbers wear, but after that it feels like a world more akin to 'Blade Runner', and an urban wasteland. Nolan treats the exercise as a vehicle to also obliquely comment on terrorism in a post 9/11 age. Joker represents a civilised societies worst nightmare, an obsessive psychopath that cannnot be bargained with, whose attachment to the things most people hold dear is non existent. Joker dresses as a nurse, burns money and makes a mockery of a sign that reads 'laughter is the best medicine', by putting an 'S' in front of 'laughter', and regards his imminent death as a thing to be welcomed. The Russian Roulette ferry denouement is a clever way to throw a moral dilemma back into the face of ordinary citizens, and the irony is not lost when virtually the only person to pass the moral test is a 'criminal'. Nolan blurs the lines and offers no pat answers, as even when Batman wins, he loses.

Nolan finished his association with the Batman series by completing a trilogy in 'The Dark Knight Rises' in 2012, a good film, but not in the league of this one. If the law of diminishing returns means anything then we should be grateful he's shifted his attention to producing the Superman franchise. The gap bewteen the last two batman features was filled by the remarkable 'Inception', a fine and dense sci-fi film that raked in squllions at the box office. Nolan can again write his own ticket in regards to any future filmic endeavour he's inclined towards, it'll be interesting to see if the filmmaker who turned out such superb and well realised pieces as 'Memento' and 'Insomnia' and 'The Prestige' is still anywhere to be seen. 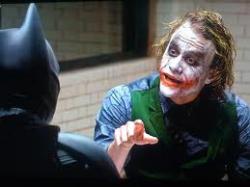 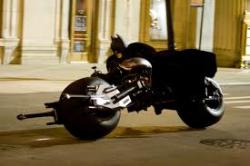