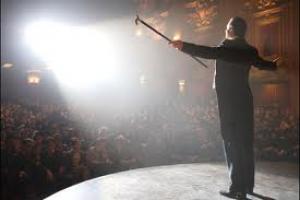 Even after the CGI excess of 2010’s ‘Inception’, and the uber, real-world stunts of the Batman trilogy, Christopher Nolan’s most complex, stylish, and perhaps most satisfying film remains his Victorian magician’s epic, ‘The Prestige’. Nolan has proved himself a master in dissecting obsession in it’s many forms, essentially essaying the condition in each of his films thus far, notably so in ‘Memento’, ‘Insomnia’ and ‘The Dark Knight’. Nolan had been working on the script for several years, based on Christopher Priests’s novel, planning to film the project before the Batman franchise took over his life, but ended up having ‘The Prestige’ sandwiched between ‘Batman Begins’ and ‘The Dark Knight’. As it happened, the timing afforded him the casting opportunity of using Christian Bale in all three, and Bale delivers as Alfred Borden in ways the Batman/Bruce Wayne character does not allow him to. Hugh Jackman plays opposite as Robert Angier, giving a committed and brave performance and provides an ideal counterpoint.

In the cut and thrust world of theatre illusion in Victorian England a pair of young, would be magicians learn the tricks of the trade, by assisting an established act as audience plants, or shills. Borden and Angier are friendly rivals, but an accident involving Angier’s wife, possibly contributed to by Borden, severs all pretence of camaraderie. The two rise through the ranks, becoming top rated attractions on the circuit, until Angier becomes obsessed with an illusion of Borden’s, for which he can’t accept the most obvious explanation. Angier goes on a quest to find the answer, even tracking down the famous scientist, Nikola Tesla (David Bowie) in America, as part of his search. Angier’s assistant Olivia (Scarlett Johansson) switches allegiances and goes across to his fierce rival, complicating the scenario and making any attempt to uncover the truth abut the ‘transported man’ illusion fraught at best. Stage ingenieur Cutter (Michael Caine), provides a link between the two men, as he aspires to teach both about the real world, as much as the world of illusion.

Nolan frames the structure of the film via the prism of the three phases of the magicians trick, The Pledge, The Turn and The Prestige. The first part sets the ground rules, indicates the components of the illusion, the second involving the performance (and misdirection) and the third, is the effect, and hoped for astonishment. The beauty of the script is that it shadows and contrasts the illusory with the real, via layers of deception and complexity and then unwraps the puzzle like a series of Russian dolls. Like a great magician, Nolan misdirects our attention, and if we believe we are following the arc of one obsession, we are astonished when an even deeper, darker one is revealed.

Christian Bale delivers a brilliant characterisation as Borden, the lower class scrounger, determined to beat the odds and rise above his station in class riven England by sheer willpower alone, forced to live on his wits in a society weighted against his type. Borden looks on in awe at an old Chinese illusionist, and marvels at the level of discipline required to carry off his act, realising that the key is in living your entire life to that level of comittment. Jackman is wonderful as Angier, who's aristocratic bearing betrays his roots as obviously as Borden's accent betrays his. Angier carries the patina of the new world, but as with everything else in the puzzle, nothing is what it appears, as he ceaselessly craves the secret of Borden’s signature trick. If the lower class Borden expects nothing to be delivered on a plate, and to work to an extraordinary level to achieve success, Angier expects the world to fall to him as if it’s his birthright.

Nolan’s supporting cast is uniformly fine, with Caine a standout as Cutter, dispensing hard won wisdom, aware of what true greatness as a magician requires, and of it’s attendant cost. Caine brings gravitas and authority to the part, every utterance containing resonance and truth, adding to the level of mystification when Angier doubts his advice. Scarlett Johansson does well in the smaller, but pivotal role of Olivia, but it’s Rebecca Hall, as Borden’s confused and despairing wife Sarah, who stays in the memory with a delicate and nuanced turn, as she struggles to reconcile the apparent irreconcilable contradictions within the man she married. Nolan sets up this mystery with withering intensity, by weaving in Sarah's dilemma that she is convinced on some days Borden loves her, and on some days he does not. On the surface Borden is a contented, happily married man, much to Angier's amazement, which does not tally with the driven, intense rival he knows.

The film works at many levels, as a depiction of obsession, as a microcosm of the class struggle in pre WWI England, and as a story of sacrifice and devotion. Cutter knows that the secret to many a trick is that people want to be fooled, seduced by the possibility of magic, however unlikely or illogical. Cutter also knows this maxim applies to real life as well, telling Angier ‘You want it to be more’, after Angier doubts his assessment of what enables the ‘transported man’ to work. Borden and Angier both become masters of deception, but the biggest risk and the biggest cost comes when the deception is self directed.

Nolan uses a beautiful pictorial palette, aided by his regular cinematographer Wally Pfister, who delicately frames the period piece with great care. There are memorable images dotted through the film, from the fine opening ‘gaggle of top hats’, to the starling final images in multiple large water tanks. Nolan proves he is capable of infusing intellect and passion into his films, and yet not compromise the entertainment value in the process. Whether the piece is at the smaller budget, independent end of the spectrum, or is a crowd drawing blockbuster franchise, with no expense spared, and that is no easy trick. 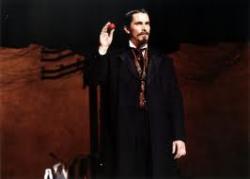 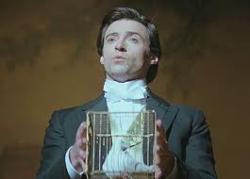 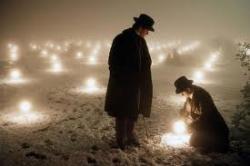 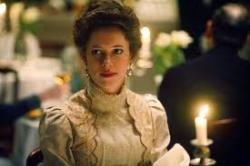 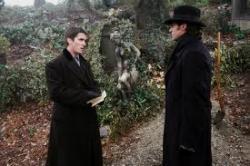 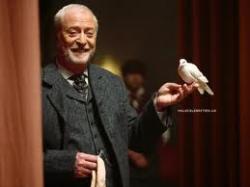