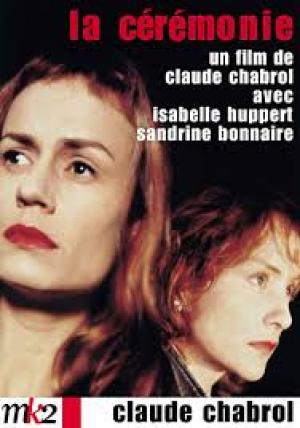 Claude Chabrol enjoyed a reputation as the French Hitchcock for many years, a title he seemed to appropriate from Henri-George Clouzot in the mid 1960’s, in the wake of his dark themed thrillers. Chabrol utilised a Ruth Rendell source novel Judgement in Stone, and the case had resonances for French audiences via a crime form the 1930’s which was the basis of Jean Genet’s play, The Maids. In an inspired pairing Chabrol cast Isabelle Huppert as Jeanne, the village post mistress and Sandrine Bonnaire as Sophie, the maid to the upper class household. Huppert had worked for Chabrol as early as 1978 in Violette Nozière,  and would work for the director 7 times in total, but La Cérémonie  was the one that led to a Best Actress award at the César Awards in 1996, ironically up against Bonnaire in the same film.

A rich woman, Catherine Lelièvres (Jacqueline Bisset) goes to Paris to hire a new maid, and interviews Sophie (Sandrine Bonnaire), who agrees to start work at the family’s Brittany country house. Catherine picks Sophie up at the train station, and is called upon for a favour by Jeanne (Isabelle Huppert) who needs a lift to the village. Sophie settles into her duties with the Lelièvres, and things seem to be going well, until her friendship with Jeanne creates friction with Georges Lelièvres (Jean-Pierre Cassel). Catherine tells Sophie early on, “My husband can’t stand her”, and Jeanne detests Georges as much as he dislikes her, to the extent she opens his letters before they get delivered. Things come to a head when Jeanne spends time with Sophie at the mansion.

La Cérémonie  is primarily an examination of class divisions in contrasting the limited options open to the poorly educated, working class Sophie, as opposed to the endless opportunities that await Georges’ daughter, Melinda (Virginie Ledoya). Chabrol leaves the motivation of the pair relatively open, as he provides no overt triggers to the final resolve, having given a dimensional picture of both sides of the class divide he opts for an incremental build of tensions that finally spill over. Chabrol prefers the audience to fill in the detail for itself, and favours a dispassionate lens at arms length from the action rather than a series of intense close up’s, and cleverly insinuates the girl's increasing closeness by having them visually merge into the one person.

The film turns upon the relationship between Sophie and Jeanne, and the realisation of that liaison from Huppert and Bonnaire is extraordinary. In a post Thelma and Louise world it is a master class in understated acting and subtlety from both women, and contributes hugely to making La Cérémonie  an intelligent and suspenseful thriller. Chabrol successfully fleshes out the characters of both women, so that we feel every little tension and nuance expressed in Bonnaire’s startling eyes or Huppert’s brooding countenance. The support from Jacqueline Bisset and Jean-Pierre Cassel hit just the right tone for the complacent upper class couple, as does Virginie Ledoya as the daughter.

Chabrol said of the class politics in La Cérémonie,  “The class struggle is not relevant to the upper classes, but it’s very relevant to the lower classes”.  His summation is an astute one, as the Lelièvres, in their complaicent luxury are mostly blissfully unaware of the small humiliations they dispense to Sophie on a regular basis. Ironically it’s Melinda who has some awareness of their condescending bourgeoisie attitude where Sophie is concerned, “She’s just a robot to you” she says to her mother, but she exhibits insensitivity herself in relation to Jeanne.

Chabrol was the master at filling his films with the undercurrent of dread, a feeling that something nasty lurks beneath the surface, and La Cérémonie  is the exemplar of this trope. Jeanne and Sophie are both revealed to have participated in ill-defined, violent incidents in their past, and both rationalise the events to each other as they increasingly share confidences and secrets. Chabrol spent his life fascinated by the banality of evil, and in some ways the relationship between these two sociopaths echoes that of Perry and Dick, the misfits in Truman Capote’s In Cold Blood,  where the line between a misdemeanour and a calamity is a thin one.

Claude Chabrol was so enamoured of his leading ladies that he cast them singly as leads across his next three films, continuing to make fine and dimensional thrillers into his twilight years with The Colour of Lies and Merci pour le Chocolat.  He even had another crack at a Ruth Rendell in 2004 with The Bridesmaid. La Cérémonie  reminded audiences of the classy touch Chabrol was capable of, and was a worthy addition to the already packed gallery of a French master, one of the true founding fathers of the Nouvelle Vague. 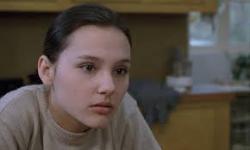 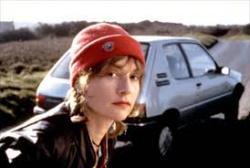