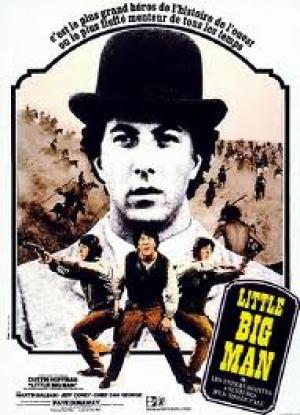 Bury my heart at wounded My Lai

Arthur Penn's sprawling, serio-comic revisionist western is the daddy of them all, setting the standard for a new way to assess America's relationship with it's frontier past, in light of the counter culture values that came out of the 1960's. Penn signally pointed the way to the American Renaissance era with his masterpiece 'Bonnie and Clyde' in 1967, and here he digs even further back into American history and confronts the mythic west. 'Little Big Man' uses the framing device of the perspective of the last white survivor of the Battle of Little Big Horn, Jack Crabb, delightfully played by Dustin Hoffman, to put voice to what was gained and what was lost in the great push west. Hoffman creates one of his signature roles in Crabb, in an era where he scarcely put a foot wrong, this part surrounded by his classic roles in 'Midnight Cowboy', 'Straw Dogs', 'Lenny', 'Papillion' and 'All The Presidents Men'. Kubrick alumni Calder Willingham wrote the screenplay from the novel by Thomas Berger.

A journalist interviews an old codger, the 121 year old Jack Crabb (Dustin Hoffman) and listens to his picaresque tale of struggle and survival in the old west. As a boy Crabb survived an Indian attack on his families wagon as they travelled west, and lived with the Cheyenne tribe for some years, before being 'rescued' by the Cavalry and eventually taken in by a Minister and his wife (Faye Dunaway). Crabb leaves the tender care of Mrs Pendrake and falls in with an ever-diminishing snake oil salesman (Martin Balsam), before the pair are tarred and feathered by angry consumers. Crabb becomes the Soda Pop Kid, a gunslinger and friend of Wild Bill Hickok (Jeff Corey) before he attempts a normal life, marries and sets up a general store. Indians take Jack's wife and he goes searching for her, becoming a guide for Custer's Seventh Cavalry in the process.

After a decade mired in the morally dubious conflict of Vietnam, American public opinion had turned against a militaristic solution to political/ideological disputes. The war became the first ‘TV’ war, and Americans grew quickly weary of the images of dead GI’s  beamed into their homes each evening via the nightly news. The counter culture played it’s part in fanning the anti-establishment flame, and films like ‘Little Big Man’ need to be viewed through this prism. The everyman character of Jack Crabb, who symbolised the journey from innocence to cynicism, fills in for the average American who had begun to increasingly question the government's activities during the ‘60’s.

American militarism, represented by the buffoonish Custer (heroically played by Richard Mulligan) as he bluffs his way across the frontier territory, imitates the scorched earth policy of Vietnam, and the unspoken racism of that war is echoed in Custer's conviction that he is in every way superior, as a white man, to the 'savages' he confronts. The historically accurate depiction of indiscriminate killing of women and children in bloodthirsty slaughter has inescapable parallels to episodes in Vietnam like the My Lai massacre, where young American boys surrendered to fear and blood lust. The indigenous population of ‘Little Big Man’ here presented as decent, genuine people attempting to confront the disaster of genocide and imperialist aggression, and the bow need not be stretched too far to see them as de-facto Vietnamese.

Crabb is 'saved' from the ‘savages’, only to be eventually abused by the twin pillars of western institutional authority, the Church and the Military. The hypocrisy of religious institutions, so perfectly embodied in the carnal desires of the Minister’s wife and deliciously played by Faye Dunaway, of saying one thing while compulsively doing another, is laid bare to Jack. Jack is witness to the duplicity of that philosophy, something he contrasts against the empathy and honesty he finds among the ‘human beings’ when the Indians take him in as one of their own. While the myth of the 'noble savage' has been somewhat dispelled in the intervening years, it's plain that the subsistence living of the Indians, in contrast with the rapacious practices of the white settlers is still a valid perspective, the indigenous population having a 'custodians' attitude to land, rather than a 'use at all costs', exploitative philosophy. The Indians are inclusive as a society, not exclusive as the whites are, and a gay Indian is shown sympathetically, and a contrary Indian, who does everything in reverse (and stands in for the contemporary conscientious objector).

Penn walks a tightrope between satire and pathos, ably supported by Hoffman's multi-layered turn and miraculously manages to maintain the right tone throughout. The tragi-comic element only underscores the humanity lost and found, contrasting the native Indians 'human beings' simplicity with the white's propensity to put greed above the wider interest, "They do not seem to know where the centre of the earth is", is the regretful comment of Old Lodge Skins (Chief Dan George). Jack calls the old Indian his grandfather, and it's this character who gives the piece it's heart. "There is an endless supply of white men, and a limited number of human beings" he notes, bowing to the inevitable, but still aspires to "Mingle with the twinkling stars" when his time comes. "Today is a good day to die" he tells Jack, as he lays on his burial pyre, at once sad and uplifting and indicative of the effortless humanity in this gentle spirit. The role of Lodge Skins was initially offered to both Marlon Brando and Laurence Olivier, both of whom turned it down, only to see Chief Dan George win a supporting actor nomination at the Academy Awards.

Dustin Hoffman became one of the stellar actors of his generation, and the epic demands of Jack Crabb demonstrated he could carry a weighty role with great surety. As the times changed and the counter culture demanded more honesty and nuance from their films, actors like Hoffman became stars, something unthinkable in previous era's. The 'solid man' of Gable and Cooper in the '30's and 40's, gave way to the moody and conflicted man of Brando and Clift in the '50's, whereas Hoffman and his ilk represent a kind of 'boy-man', where 'masculinity' was non-essential, or at least only part of the picture. This allowed the modern hero to not only be 'conflicted', but to be in touch with a feminine aesthetic, making the characters more rounded as a result. Hoffman was the master of these roles, demanding perfection of himself and of his co-workers in his methods, as he carved out a recognisable cinematic persona and a C.V second to none.

'Bonnie and Clyde' may be Penn's masterpiece, but 'Little Big Man' is the heartfelt political statement from a liberal ex-vet, who lived through McCarthyism and embraced the questioning ethos of the younger generation. Penn affirms it is the duty of a patriot not to blindly accept their own government's policies as holy writ, handed down from on high, but to hold them to a level of scrutiny and accountability. 'Little Big Man' was made as the Nixon administration was hitting it's stride, secretly bombing neutral Cambodia and Laos, the kind of hubris that eventually led to the Watergate scandal and impeachment.

'Little Big Man' is a deft, vibrant canvas, full of memorable moments and indelible characters. It greatly expanded the palette of acceptable western memes, encompassing comedy and pathos, heroism and stupidity, all part of the universality of the human condition, flawed creatures that we are. A truly great film from a great era. 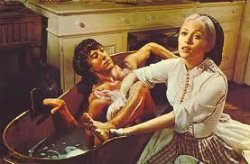 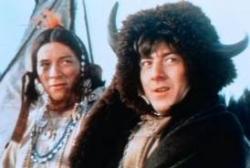 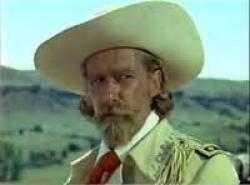 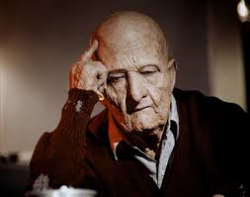