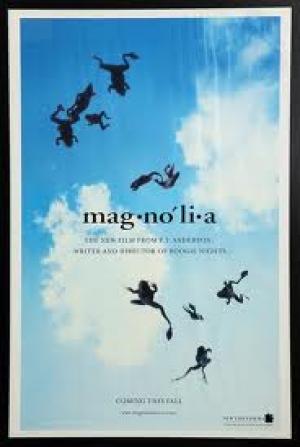 A hard rain's a gonna fall

"And it's not going to stop, until you wise up" ~ Aimee Mann

Paul Thomas Anderson's third feature, the follow up to the pulsating Boogie Nights,  could not have been more different in some respects to its predecessor and yet the same connecting thread runs through both efforts, lives intertwined and experiences shared. Anderson digs deep into the emotional world of several seemingly disconnected threads under the umbrella of belief in urban myth and in the notion of coincidence and chance. Anderson presents an uber-L.A, a heightened version of the city of money and media and cars and weather, and pulls all these elements together in a symphony for damaged people. Robert Elswit again was the cinematographer for Anderson, as he was on his first 5 features and applies fluid and effective camerawork in context and Jon Brion reprises his role as composer and scored the film, intricately and empathetically. Anderson also collaborated closely with songwriter Aimee Mann on the approach to music in the film, and on some aspects of the script, and there may not be a better or more powerful use of a song in all of cinema than how Anderson applied her beautiful, wrenching ballad Wise Up.

Anderson begins with a bravura 5 minute reconstruction of 3 urban myths, with stunning detail and virtuoso editing, suggesting "these strange things happen all the time" and then commences to blur the line between the possible and the probable, belief and fact. Aimee Mann's version of Harry Nilsson's song One  is the clue we need to know that this is about humans who are alienated and in search of connection. "I have love to give"  says one of the characters, "but I don't know where to put it".  This being Los Angeles the media is central, as if it doesn't happen on TV it doesn't happen, and Anderson weaves many lines of examination that eventually coalesce around a group of people associated with a children's Quiz Show. The host of the show is an older man whose adult daughter won't speak to him, even though he tells her he's got terminal cancer. The owner of the show is also dying and his estranged son is called to say his final goodbye's, as his wife contemplates suicide over the regrets she has relating to their life together. The heart of the film comes from the phrase, "We may be through with the past, but the past is not through with us".

In a sterile urban landscape that promotes the individual above the collective, we see cars with one occupant, no buses or trains with many, and the car as an ironic metaphor for disconnectedness surfaces over and over, these people are always driving but going nowhere. Anderson focuses on 'types', the younger trophy wife, (Julianne Moore) the resentful, driven son, (Tom Cruise) the elderly media player now with no control, (Jason Robards), the carer (Philip Seymour Hoffman) the ex-whiz kid (William H Macy) and he dissects their emotional states with the skill of a surgeon. Anderson cuts open a world full of regret, and shows in the case of the dying producer that wisdom is hard won, and can come unexpectedly if late. Anderson's characters yearn for a clean slate, a world washed clean and one devoid of "the piss and shit and lies"  we tell each other and the games we play. Anderson provides a unifying rain for much of the film as the intensity of the weather increase with the emotional pitch of the protagonists and the arc of their journey, he then twists the metaphor in a quasi-Biblical fashion as if to say, "strangeness is all around", and to subliminally urge us to deal with it.

The film became famous for its use of superstar Tom Cruise, in a muscular, unexpected and confronting way. "Respect the cock and tame the cunt"  was a phrase one didn't associate with the clean living celebrity, but Cruise showed courage and conviction to embrace the part and invest deeply in it. The conventional wisdom that this part shows he is an actor and not just a movie star is one analysis I don't buy. I happen to think he's great at portraying characters that are not a stretch, and for him to get in touch with his 'inner' control freak in light of his Scientologist leanings and personal quirks was possibly no big effort. He's sensational in these types of roles, like Eyes Wide Shut  or Collateral  when he's paired with commanding directors, but very lazy in others.

The ensemble cast here represented several great actors who worked with Anderson on other films, and all put in fine work, but Jason Robards as the dying producer is superb in a touching and heartfelt characterisation of a dying old man who realises money couldn't buy him anything of ultimate value. Philip Seymour Hoffman is wonderful in the delicate interplay he shares with Robards, reminding us of what a loss it's been to lose him so young. Anderson scores the film emotionally from understated to near hysteria with Moore and Cruise given particular leeway to let loose, and the ebbs and flows in some way mirror the weather, a sly reminder that we are from and of the natural world, rather than the alienating urban terrain which we construct around us, trying in part to control our environment.

Magnolia  is mostly evocative of the flower identified with the south in America, a faded grandeur, but here it seems to represent a delicate thing of beauty that must inevitably decay. The film is a beautiful essay on the melancholy of regret and the redemptive power of connection and love as an antidote not often enough taken. Death is no cure for life, it's in fact the key thing that gives life meaning, and while we may die badly as a species, struggling with all the concomitant issues it throws back at us, fear of death blinds us to the possibilities that often exist so close to us. Anderson's characters struggle to control what is often uncontrollable, sometimes it's disease and sometimes it's in relating to circumstances that, like a rain of frogs, throws something at you that reminds you of the absurdities of taking yourself so seriously. Anderson uses his swirling camera to suggest a world in perpetual motion, one on an ongoing search for rest and repose and meaning.

Magnolia  takes its lead, in some ways, from the multi threaded plots favoured by Robert Altman in films like Nashville  and Short Cuts  amongst others, and the ability to hold the viewer entranced for 3 hours is a testament to Anderson's skills as a writer/director. Anderson went on to the much smaller scale, but still emotionally intense in its own way, Punch Drunk Love   before making what may be regarded as his masterpiece with There Will Be Blood  in 2007. Whatever Anderson's legacy, with his splendid 2012 effort The Master  getting plenty of notice, Magnolia  will stand as an enduring and intelligent American classic and one of his very best. 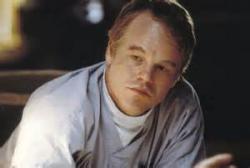 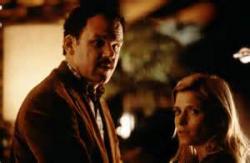 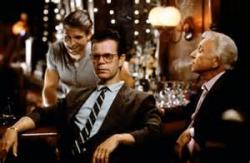 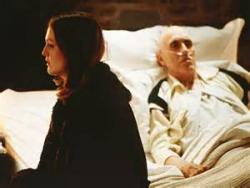 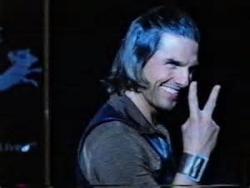