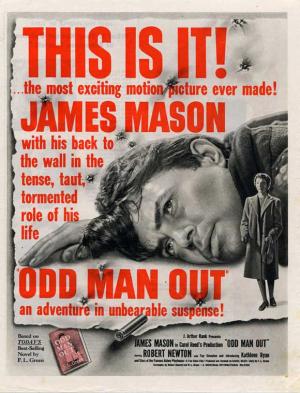 'I don't believe the cinema is a place for little lectures on how everybody should live. I don't think audiences want them either, unless they are very original and striking. Personally I dislike the infusion of amateur politics into films. Certainly that is not the director's job.' ~ Carol Reed

Sir Carol Reed was part of the post war renaissance of British film to such an extent that he won the British Film Academy Award for best film three times running between 1947 and 1949. After that hat trick he was knighted in 1952, and continued to make fine films if never quite hitting the same heights again. Famous playwright and author RC Sherriff (Journey’s End) wrote the screenplay based on the 1945 novel by Fred Green, and Robert Krasker displayed the talent that what would make ‘The Third Man’ look so remarkable, shooting images of Dublin as a kind of Poetic Realism meets noir with his camera. A great ensemble cast, brilliantly led by a restrained James Mason brings the writing together in a powerful and sobering examination of the human cost of ‘the troubles’. The producers inserted an inter-title card at the opening of the film, effectively saying ‘this is not a political film’ hoping to defray criticism of the fact it contained sympathetic portrayals of members of the IRA. In reality Reed made a moral drama, where a battle for the soul versus the body is played out on the rainy, wintry streets of Northern Ireland.

Johnny McQueen is an IRA chief in Belfast, he’s escaped from prison and been in hiding for months, and now he’s organising a robbery to fund more activity and to put food on the tables of the ‘prison widows’ and the children of captured IRA men. The men feel he isn’t up for the job after months of laying low, including Kathleen (Kathleen Ryan) who’s family house he is hiding in and who is obviously in love with him. Johnny counsels one of the men on taking a gun, ‘violence isn’t getting us anywhere’ and muses on a parliamentary forum to argue their cause. The job is carried out, but Johnny gets a dizzy spell on the steps of the building during the getaway and scuffles with one of the mill employees who has a gun, the gun goes off twice, wounding Johnny and killing the other man. Johnny is dragged into the getaway car which speeds away, but so fast that Johnny is thrown out onto the road, his partners leaving him to scamper away on foot. The police sweep the city as Johnny hides in an air raid shelter, gradually slipping away, hallucinating about being back in prison. Two of his accomplices are a bit loose lipped while hiding out in a brothel, the Irish Madame shops them to the police and they are shot and killed once they leave the building.

One of the gang members tracks him down and gets Johnny moving again, but Johnny’s only concern is for his victim, ‘Did I kill that fellow’? he asks. Johnny stumbles around the streets and is aided by two sympathetic English women, so much for claiming the film isn’t political? Kathleen, who was implicated by the same loose lipped IRA men, has her house raided by the police, and goes out into the night looking for Johnny, going to a priest Father Tom (WG Fay), who might have heard news. Johnny finds his way into the back of a Hansom Cab but when the driver discovers him he’s literally dumped half-dead in a junkyard, as useless and redundant as the stone angel that’s watching him. At the Priest’s Kathleen finds a low-life tout, Shell (F J McCormick) who saw where Johnny was dumped, and he spins a tale about a ‘rare bird’ he has, who’s valuable and he wants to sell. They agree for Johnny to be brought to the church and Shell goes off to fetch him. Johnny has left the junkyard and stumbles into a pub, the owner quickly hiding him. Shell’s mad painter friend Lukey (Robert Newton) gets the story out of Shell and eventually brings Johnny back to his studio, as he wants to paint what a dead man sees. Kathleen arranges a ship to wait to take her and Johnny away, when she finally gets to him the police close in as they make their way along the dock. Kathleen pulls a gun and shoots, knowing that the police will shoot both her and Johnny dead.

The key aspect of Odd Man Out is that of a poetic, romantic expression of the humanism that abides in the most extreme of situations. The priest questions Kathleen’s faith at the end, ‘My faith is my love’ she replies. Kathleen realises that Johnny is doomed once he’s shot, ‘He belongs to the organisation ’ she’s told, ‘Let me have him until then’ and later the Police Chief tells her, ‘He belongs to the law now’. It’s her quest to find meaning in an all-consuming passion, something her Grannie rejected when she faced the same choice at her age. Moral dilemmas swirl around Johnny, the painter Lukey remarks upon Johnny’s ‘soul’, while the failed Doctor attempts to save Johnny’s body. Shell asks ‘Will faith pay my rent Father’? as he tries to extort money from the church ‘I hear his Reverence the Pope is quite rich’? Duplicity exists, Irish people betray IRA members, but the English do not, others say ’I’m not for ya, and I’m not agin ya’? Ordinary people are shown getting on with their lives while drama goes on around them, school children look at corpses in the street as if they are dead birds and play pretend IRA soldiers with toy guns. Life is complex, a palette of infinite shades of grey, and in the end Kathleen has only her love to hold on to, rather than send it to the empty heavens she gives it freely to the man most in need of it. She finds meaning in binding herself to Johnny in the only way left, to leave the chaos and turmoil behind in the ultimate act of love and faith.

Roman Polanski said this film was better than The Third Man and it made him want to make films, and some of the more technical ‘tricks’ Reed used in Odd Man Out can be found in Polanski’s '60s films, particularly Repulsion. The visual mood recalls Renoir, Carne and Duvivier, indeed the ending is almost a tribute to Pepe Le Moko. The angles and expressionistic lighting, utilised to show how out of sync Johnny was with reality prompted William Wyler to jokingly send Carol Reed a gift, a spirit level to place on top of his camera. Reed teamed up with Graeme Greene for his next couple of films, both masterpieces, and possibly even the equal of this rare cinematic bird. 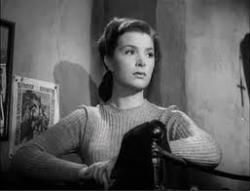 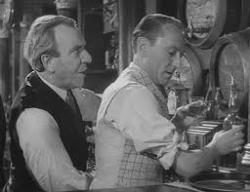 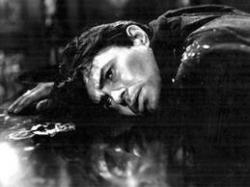 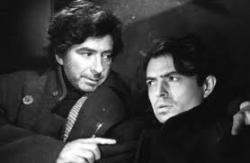 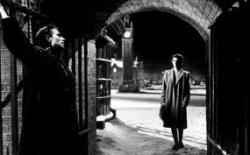 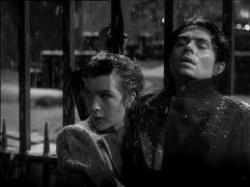