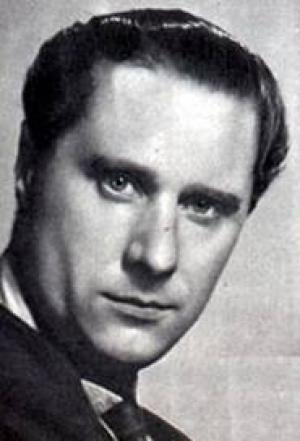 The illegitimate son of famed actor Sir Herbert Beerbohm Tree, via May Reed one of his many mistresses, Carol Reed started in show business as an actor, employed in the late 1920's by writer Edgar Wallace on his projects, and then quickly moved to directing his stage shows. In the mid '30's he was directing features, avoiding Britain's low budget 'quota quickie' industry that had sucked in such talents as Michael Powell as director and David Lean as editor. Reed's steady progression saw him come to full flower in the late '30's with the masterful, 'The Stars Look Down', a brilliant rendering of the life and struggles of working class miners. He stood in for Hitchcock with the excellent Launder and Gilliat scripted 'Night Train to Munich' before the war interrupted his career.

At the tail end of WWII he directed one of the finest of the war films 'The Way Ahead', starring David Niven. He then hit an even hotter vein of form with 3 masterpieces in a row, 'Odd Man Out', his IRA gunman on the run film, a wonderful Graeme Greene story 'The Fallen idol' with Ralph Richardson, and with Greene again for the immortal 'The Third man', starring (if not featuring) Orson Welles. His feeling for actors was evident in each of these drama's and rose to the surface sporadically in later years with his work with Alec Guinness. Reed's later output was mostly a variation on the 'fish out of water' story that the Englishman abroad represented, but he returned to a very English subject with great success with 'Oliver' in 1968, Lionel Bart's winning and charming Dickens musical. Oliver Reed, who featured as Bill Sykes was his nephew.

The Stars Look Down

Our Man In Havana

The Agony and the Ecstasy