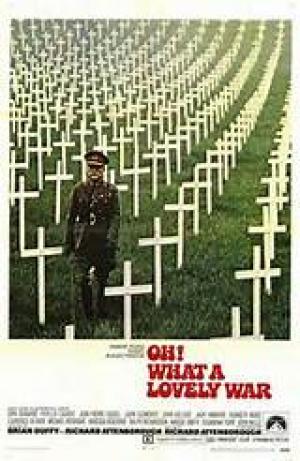 Oh! What a Lovely War

The glorious dead in a nice sing-song.

"World War I was not inevitable, as many historians say. It could have been avoided, and it was a diplomatically botched negotiation."
~ Richard Holbrooke

The accomplished actor Richard Attenborough took a major career turn at the behest of his friend John Mills and decided this satirical and scathing look at the hitherto sacred cow of World War One would be his debut directing effort in films. He produced the film with Mills and another colleague and friend, the novelist Len Deighton, then duly called upon his chums (who happened to be the cream of Britain’s acting establishment) to fill the cast. Deighton also wrote the script, based on the 1963 theatre production by Joan Littlewood, but curiously chose to remain uncredited. The film version made the brilliant leap of setting the proceedings against the backdrop of a Brighton amusement pier, taking it effortlessly beyond its theatrical/radio play antecedents and into a lyrical and poetic realm. It's a sombre reminder of how an imperialist territorial pissing contest between first cousins ran headlong into the industrial scale slaughter of the post Industrial revolution arms race and cost the lives of many million ordinary men and women on both sides in the process.

Attenborough opens with a title sequence of the war in microcosm, a succession of images that run from the hopeful paraphernalia and trinkets that signify optimism to the skulls and death of the eventual conflict. A gaggle of European elite discuss the possibility of war, “The last thing any of us wants is a war”,  but it becomes plain that the assassination of a minor Archduke is the last in a series of incidents that will trigger the hideous event, pitting the royal first cousins of England, Germany and Russia against each other as Germany attempted to get a bigger slice of the world colonial pie to match the slices already gobbled up by France and Britain. The duplicity and plotting behind the public façade is hinted at in the machinations of the Austrian delegation, led by John Gielgud, who juggles events to manipulate his monarch into supporting a declaration of war. Attenborough films the sequence like a chess game, with overtones of a family portrait session as the photographer sets the scene and intones, “the ever popular war game, complete with songs, battles, and a few jokes”.

During the overtly optimistic build up to the first fighting, a procession of ‘Smiths’ buy tickets to the war from Field Marshal Haig (John Mills) the butcher of the Somme, to take place in the ‘jolly parade’ and to stick it up the Kaiser. Maggie Smith was lured into playing a music hall Madame who seduces the young men to sign up to the slaughter, jauntily singing “We don’t want to lose you, but we think you ought to go”,  a canny and subtle combination of sex and death as she salaciously encourages them to enlist. The buoyant spirits of 1914 soon turn sour as news of battles at Mons and other charnel houses reaches the ears of the increasingly deaf generals. Haig makes the disastrous decision to push on in an offensive on The Somme, and the casualty figures of sixty thousand on the first day are posted as Haig mutters the following staggering phrase, “I feel that every step I take is guided by the divine will”.  The script made the simple and inspired choice of using the actual words of the participants to hoist them on their own petard.

Attenborough references the controversial Xmas truce, the singing of Silent Night  in the trenches by both sides, the use of gas and employs a jarring juxtaposition as Haig bursts into a song and dance number, Oh! What a Lovely War.  The device may be a common or over-used one in the 21st century, but its effect in 1969 was stunning, juxtaposing the gaiety of music hall with the horror of the Western Front. Vanessa Redgrave (appropriately enough) plays a suffragette, railing against the capitalist-imperialist machine that treats the working class as cannon fodder, a reminder that women were left at home to pick up the pieces of shattered lives in a patriarchal state that did little to address their concerns. Women in the UK in 1916 had not yet won the vote, it came for wealthy, land owning women first, in 1918 and it wasn’t until 10 years later that all women won the right to vote.

The fact that many colonial troops were called into the conflict is recognised by the appearance of an Australian outfit, who typically poke fun at the British officer class with the satirical and homo-erotic and suggestive ditty, “They were only playing leapfrog”!  In fact the humour of the troops was a key tool in dealing with the gruesome daily reality of slaughter, loss and pain. A wonderful sequence has a brace of Tommies shuffling along the road to the next suicidal assault singing a jaunty ditty, “The bells of hell go ting-a-ling-a-ling… Oh death where is thy sting-a-ling-a-ling”!   Attenborough combines the innocence of a nursery rhyme with high art and poetry and bravado in the face of death.

Attenborough shows the insanity of both sides claiming support from their invisible Christian god, as earnest priests tell their flock that victory is theirs, as God hates their enemy. The next sequence shows a quarter of a million troops lost at Passendale, and the Tommies sing bleakly, “If you get stuck on the wire, never mind”.  The stupidity of the futile tactics to which the dullard officers were wedded and the price paid by the ordinary soldier is never far from Attenborough’s gaze, and the futility is summed up by a soldier’s forlorn statement, “It’s all gonna be different, it has to be, stands to reason”. Unfortunately reason had bugger all to do with it as Generals trained in Napoleonic era tactics, and who dreamt of the great cavalry charge breakthrough clung to the forlorn hope of breaking the trench warfare stalemate. The fact that the killing capacity of machinery and ordnance had progressed exponentially also seemed to escape them, as they continued to order wave after wave of men to waltz across no man’s land into the teeth of guns that could fire 600 rounds a minute. The stunning final shot underscores the horrendous cost of the madness of clinging to the same futile and disgustingly wasteful trench war tactic in the face of repeated failure.

The early 1960’s were a time of rapid change in Great Britain, as it came to the dawning realization that the great days of the ‘empire on which the sun never sets’ were over. Post WW11 austerity and a succession of colonial blows culminated in the Suez Crisis in the late 1950’s as the Old Dart began to suffer from relevance deprivation syndrome. The rise of a new and gritty realism in British theatre meant the establishment was soon under attack from within as well as without, as Great Britons struggled to come to terms with their identity just as the Counterculture and the Swinging Sixties were set to change everything. It was the success of the fight against fascism in WW11 that finally put the memories of the Great War into context, and the fresh context meant artists could, for the first time, dare to criticize elements of that wrenching conflict.

Attenborough made a dazzling debut with the piece, finding a gaudy visual palette to accentuate the juxtaposition of the music hall frivolity and the carnage at the front. He balanced the need to make satirical points against the primacy of the humanity of the victims of the inept officer class while maintaining a consistent visual and emotional tone. The upper class agenda of the European royals, of dividing up countries like they were pieces on a monopoly board, is a bracing reminder of the ludicrous system that placed power and influence in the hands of individuals based on accidents of birth. The paucity of accountability and of the venal political manoeuvrings amongst the military is nicely played in scenes between Mills and Laurence Olivier as Sir John French, who was replaced by Haig as Commander in Chief.

Richard Attenborough became a director with this film, which made a profit and establishing him as a viable and bankable talent as he worked assiduously towards his dream project on the Mahatma.  He made Young Winston in 1972 before realising his obsession, to stunning success, with Gandhi a decade later. Oh! What a Lovely War  is a curio of sorts, a one of a kind film that paved the way for artists as varied as Dennis Potter and Terence Davies who also used arcane popular songs to essay their themes and concerns. 100 years on from the catastrophe of the conflict the film is a worthy reminder of the kind of madness extant, and worth a look for a different angle on a momentous time. 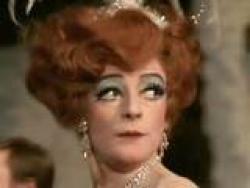 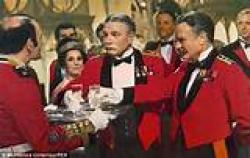 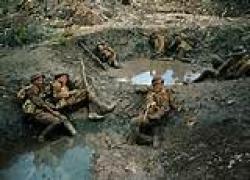 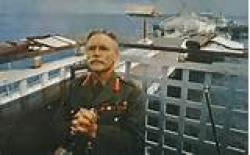