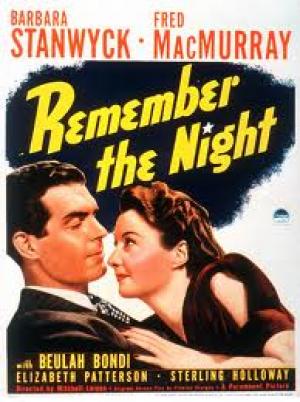 ‘Remember The Night‘ is best remembered as the film that caused writer Preston Sturges to move into directing his own scripts, due to his unhappiness with the job Mitchell Leisen did. Viewed from the distance of this millennium it’s hard to see why he was so upset, as the film is a first rate Hollywood effort at every level. Sturges was supposedly unhappy with the level of sentiment Leisen unlocked in the story, but it feels appropriate and not overdone, even though one imagines the Sturges touch would have been infinitely drier. Leisen, who started in silent pictures in the art department before graduating to directing in the early '30's, also switched the script focus from the male character to the female character, further frustrating Sturges, although with the brilliant Barbara Stanwyck as the female, it's again hard to disagree. It is a pleasure to see the pairing of Barbara Stanwyck and Fred MacMurray in such a light property, which underlines the shock that ‘Double Indemnity’ was to public perceptions of that couple's persona just a couple of years later. Sturges was so enamoured of Stanwyck on the set of 'Remember The Night' he wrote for her (and starred her as the title character) his seminal, ‘The Lady Eve’ soon after, which remains one of her must see roles.

Liesen’s opening is redolent with silent era flair, as he reveals through a mostly dialogue free sequence that we are seeing a thief at work. A hearing is soon in progress with the judge anxious to arrange a stay of proceedings, to get everyone away for Xmas, as the ham lawyer attempts to get Lee Leander (Barbara Stanwyck) off the charge. Prosecuting attorney John Sargent (Fred MacMurray) feels sorry for her and secretly puts up bail money so she won’t be in gaol at Xmas, but the bondsman delivers her to his care in error. John invites her to dinner before he is due to leave to spend Xmas with his family in Indiana, and soon circumstances have the pretty thief travelling with him to meet Ma, (Beulah Bondi). Hanging over Lee's head is her eventual return to New York to face trial at John's hands, as they both know he’ll be able to have her guilt proven, which makes their falling in love all that more complicated.

Sturges fertile mind conjured up many a delicious scenario that teased at the moral fabric of the day, and here he slyly manufactures sympathy for a thief, to the point we don’t want her to go to gaol, even though we know she’s guilty. How does he get away with this conceit? Simply by not overplaying his hand, the subtle touch of gently laying her criminality at the feet of a rough and loveless childhood is handled so delicately it's almost imperceptive. Sturges inverts the moral imperatives of the conservative Middle American mindset but paradoxically affirms the traditional values of family and ritual . In true Ford-ian style, he presents the centrality of the Xmas ritual, and the New Year dance, and has Lee subscribe wholeheartedly to same, the very things that were denied her by her own family. The quandary John then faces is his impulse to break the law in order to get his new love off the hook. Sturges has his lawyer, a pillar of society, intent on criminal action, again reminding us of the arbitrary nature of law and justice, and of the thin line that sometimes divides lawmaker and criminal.

Barbara Stanwyck is simply wonderful as Lee, completely committed and without a scrap of fakery or cynicism. Stanwyck's charm worked in part because she was that rare mix of tough and vulnerable, and could play both fiercely independent and emotionally needy. She had glamour, but not in an MGM kind of way, yet could play girl next door with an edge that gave stock characters an added dimension. She was simply a one-off, and she elevated even ordinary properties to being worth watching, so seeing her in a well-scripted Preston Sturges vehicle is a pleasure indeed. MacMurray is reliable and rock solid and the supporting cast is excellent, especially a goofy Sterling Holloway and Beulah Bondi as John's lovely Mother.

Mitch Leisen was a veteran of the silent era, and a jobbing director at Paramount through the '30's and '40's, with the luxury of some of the best writers in the business. He fortuitously helmed two films written by Sturges and three from Billy Wilder and Charles Brackett, and if he didn't make outright classics his work seemed always solid and professional, no mean feat. ‘Remember The Night’ is a reminder of very significant studio talent going through it’s paces, with an excellent set up and witty script from the idiosyncratic and brilliant Preston Sturges. 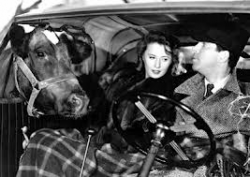 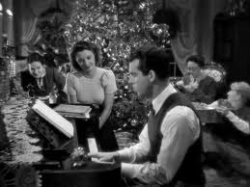 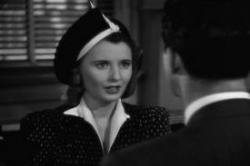 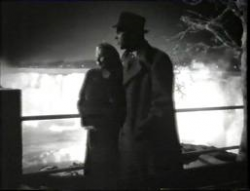