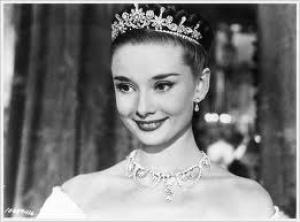 Frank Capra was the director who should have helmed 'Roman Holiday' in 1950, starring Elizabeth Taylor and Cary Grant, but after Paramount acquired his co-owned Liberty Films (with William Wyler and George Stevens) the project stalled and Capra walked away. Dalton Trumbo wrote a script in the late '40's, but the HUAC investigations meant he needed a 'front' and his friend Ian McLellan Hunter stepped in, and he worked with Capra on the script for some time, and it was this script that was filmed by William Wyler in 1952-3. Hunter said the political ramifications of a story, based on the contemporary Princess Margaret's sexual escapades spooked Capra, and that he walked away because of British government objections. With all the partners in Liberty tied to a five-picture deal with Paramount via the acquisition, Wyler produced 'Roman Holiday' as the fourth in his contract and ultimately he was the only one of the three to fulfil the arrangement. Wyler talked Paramount into location filming in Italy, something Capra couldn't do, and proceeded to deliver one of the most sublime examples of Hollywood 'dream factory' escapism ever produced.

Princess Anya (Audrey Hepburn), a young royal from an un-specified European monarchy, is embarking on a goodwill tour of several countries. Anya is tired of the endless and boring repetition and tedious functions that come with the position, and she longs to break away from the grind of responsibility. After a mild breakdown, and under sedation from her doctor, she secretly breaks out of the palatial accommodation before it takes effect and roams the streets of the Italian capital. Joe Bradley (Gregory Peck), an American reporter, stumbles across her at a fountain as the drugs are taking effect and reluctantly takes care of her. She wakes up in his low rent and small apartment, "Is this the elevator"? She says, and tells him her name is Ann, as he is unaware of her actual identity. Joe discovers the truth via his editor, and then makes a deal to write an exclusive story for the paper, a deal that will pay off with a ticket home to the States for him. Ann wants to spend a day seeing the sights, before the inevitability of resuming her duties, and Joe escorts her, prying her for opinions and secretly having his photographer buddy Irving (Eddie Albert) take snaps.

'Roman Holiday' is a Hollywood studio confection, made at Cinecitta and on location, barely five years after De Sica's Neo-realist masterpiece, 'Bicycle Thieves', and the contrast is marked. It was a fortuitous synchronicity that caused 'Roman Holiday' to fall from Capra to Wyler, his European sensibilities and artistic aesthetic being much more in tune with the possible dimensions of this modern fairy tale. Wyler also had the extreme good fortune to find Audrey Hepburn to take the part of Anya, and unearthed a major star as a result. Hepburn was a non-entity in film at that point, despite having a successful theatrical career, and she was so good in the part that Gregory Peck insisted she share star billing, despite his contract stating he had solo 'above the title' billing, a generous and un-Hollywood gesture. Hepburn's performance is one of the major contributing factors to the films success, and she is so natural and charming that it's impossible to imagine another actress getting the tone so right. Peck is wonderful as Joe, a throwback to the classic Clark Gable reporter of 'It Happened One Night', and an old-fashioned man in the era of the Brando-Clift 'method' type.

'Roman Holiday', for all it's sweetness and light, examines issues of identity and truth, particularly in the level of the lie that both Joe and Ann live. Joe wants to return home, and duplicitously uses Ann as his ticket out of Rome and away from a job he doesn't like. Ann wants to be someone else for a time and when she's asked to tell the truth at the 'mouth of truth', she declines, and so a pall of regret does hang over the arrangement. This element gives the film a satisfying depth, and adds a dimension not commonly found in the froth of Hollywood 1950's romance films.

Wyler keeps the pace brisk, and plays the comedy angle superbly with the character of Irving and his relationship to Joe. Albert and Peck play off each other brilliantly and it gives the film a nice counterpoint to the main romantic plot. Wyler was smart enough to know he had a love story for the ages, set in the eternal city and with two movie stars to tell it. The idea of the Princess and the Pauper is as old as the Seven Hills of Rome, and he wisely chose to stay out of the way of it and leave any of his usual sociological concerns out as well. The film has fun with the vaguely scandalous idea at the time that a young royal can enjoy the simple proletarian pleasures of a gelato, a ride on a motor scooter, and an evening dance! Wyler created some indelible images to accompany the Princesses big day out, and the sequence where Peck and Hepburn share a scooter on the streets is justly iconic and pure cinema magic. The idea that duty and commitment can come between true love is well made, and Wyler does not over complicate what is a conventional romance in an unconventional pairing. Wyler created a sweet dream of a film from the beguiling scenario, full of note perfect performances and rich imagery it represents the best of what the Hollywood studio system had to offer. 'Roman Holiday' is a charming and timeless classic.

* The film, for such a light confection, has an interesting legacy regarding the infamous blacklist. Dalton Trumbo's son Christopher became great friends with Ian McLellan Hunter's son Tim, carrying on the deep friendships of their fathers. Chris was on his deathbed in late 2010 when both he and Tim approached the Writers Guild of America to have the proper credits apportioned for the film, reflecting the original story by Dalton and the re-working by Hunter on the re-writes. The Guild did so after Chris' death and issued the following statement. "In acknowledging the contributions of Dalton Trumbo, Ian McLellan Hunter and John Dighton to the writing of Roman Holiday, the WGA has not undone the hurt, but it has, at last and at least, told the truth. That fact is a tribute to the friendship of two fathers and then two sons and to a thing we can hold on to, which is that the friendship was stronger than and outlived the hate". 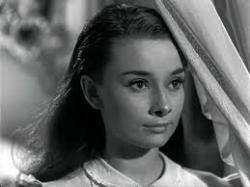 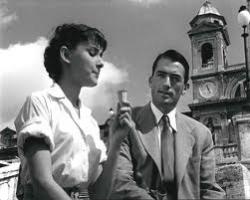 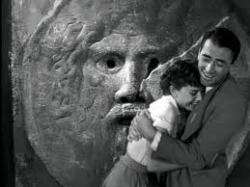 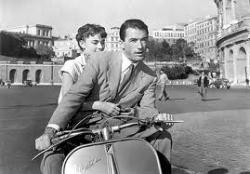 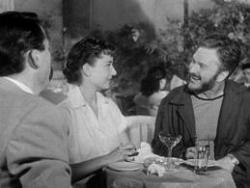 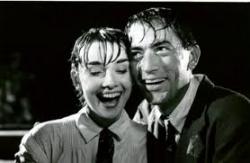