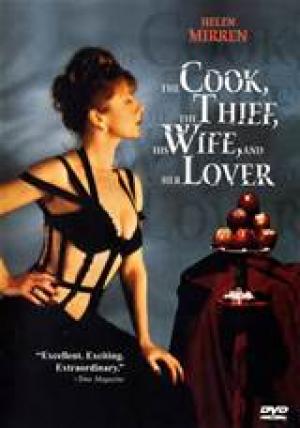 The Cook, The Thief, His Wife and Her Lover

"There is no such thing as society"
~ Margaret Thatcher

Peter Greenaway cannot be defined by as narrow a word as filmmaker, even the much overused auteur can’t hint at the artistic scope of the man, but in a couple of stellar decades he managed to leave several beguiling features as a singular cinematic legacy. Greenaway came to feature films during the 1980’s after years of working in a government department editing and directing information short films. His interest in the Nouvelle Vague  and art-house directors like Ingmar Bergman led him to projects that were not aimed at the mainstream, yet his skill and artistry eventually led to the relative commercial success of films like The Draughtsman’s Contract  and The Cook, the Thief, His Wife and Her Lover.  Greenaway assembled a fine ensemble cast to give life to a story widely considered a comment on Thatcher’s Britain, with Michael Gambon and Helen Mirren delivering stand-out performances and the titular thief and wife respectively.

Albert Spica (Michael Gambon) is a boorish London gangster and Greenaway opens with Albert brutally beating up and humiliating a restaurateur who has displeased him. He drags his faithful goons and his long suffering wife Georgia (Helen Mirren) to eat at a French restaurant he has bought control of and proceeds to lord it over everybody at the establishment. The cultured and taciturn chef Richard (Richard Bohringer) despises Spica and has a soft spot for his wife, so when a relationship quickly develops between Georgina and Michael (Alan Howard), a bookish regular customer, the chef helps facilitate the dangerous liaison.

Greenaway gives the game away that we are not going to witness an ordinary gangster flick by starting with a theatrical flourish, two attendants drawing back large red curtains to reveal the action. This gives him license to push the boundaries of convention, adding elements from other art forms; culinary, architectural as well as from painting, particularly the Dutch masters of the 16th and 17th centuries. Greenaway provides a feast for the eyes and senses as he outlines the degenerative and disgusting exploits of Spica and Co, contrasting the oafish and low behaviour with dashes of high culture from opera and literature.

Greenaway is much aided in his endeavours by Sacha Vierny, a renowned cinematographer best known for his masterpieces with Nouvelle Vague  icon Alan Renais, Hiroshima, Mon Amour  and Last Year at Marienbad.   The neo-classical lines and formalism of Marienbad  are recalled in the detailed and painterly framing Greenaway employs, but the vivid colour takes its cue from the world of fashion and art, in fact any still from the film could approximate a great painting, such is the artistry on display. Greenaway intimately employs another aspect of high culture, that of opera, as he counterpoints the barbarity of Spica. Michael Nyman composed an elegant and minimalist score, a masterful musical tapestry that propels and enhances the drama as well as seamlessly incorporates the castrati singing from the kitchen boy. The key lines from the aria, “wash me clean from my iniquities”  serves as a motif for the central characters, in one way or another. Jean-Paul Gaultier designed the vivid costumes and Vierny and Greenaway have great fun in messing with the colour continuity in several scenes.

Spica is a deluded thug who craves respectability, “I represent quality, my name is known for it”,  he bellows at the outset, cowering all with his overbearing, brutish behaviour. Spica’s pretensions to class are seen through by Georgina, who seems to realise how much she’d sold herself short in order to attach herself to Spica’s cheap form of power, and she clutches at the escape that Michael represents. Michael represents life, Spica represents death, and Georgina knows she must choose, and takes a beating for her troubles. The quiet chef bides his time, but Spica derides his artistry, “It all comes out as shit in the end”,  and when the opportunity comes for revenge he duly serves the dish.

Greenaway makes great use of his cast, evincing a career best turn from the remarkable Michael Gambon as Spica, one of the most memorable characterisations in modern British cinema. Gambon made his name as a formidable stage actor over many decades and a reputation as a screen actor in Dennis Potter’s landmark TV series The Singing Detective,  in the 1980’s, still the high water mark achievement of British TV. Gambon’s gangster is no one dimensional thug, imbued as he is with a jangling kaleidoscope of competing impulses and hair trigger contradictions. It is a hugely enjoyable romp with a stark and brutal underbelly, one of the more compelling performances one is likely to see.

Helen Mirren sparkles as Georgina, but always makes us feel that beneath the beautiful façade there is brittleness and insecurity that adds such depth and pathos to her dilemma. Mirren’s ability to tap into layers of characterisation is at the top of her profession, and if she has not always been able to find well written film roles to match her singular talents, she’s always uncovered everything and more there is to be found in the roles she has played. Mirren convinces us of the hope she finds with Michael, moving from treating him as a dangerous, delicious treat to finding something deeper and more humanising. Alan Howard delivers a nicely judged performance in the largely thankless and difficult role of Michael, the understated role between the friction delivered by Gambon and Mirren. Richard Bohringer serves up a sly delight as the canny chef, adding the right deft touches and ingredients to serve the fine ensemble stew. Ian Dury, the brilliant musician and old school friend of Greenaway’s pops up as a rival gangster amongst the colourful support cast, as does Tim Roth who shines as one of Spica’s goons.

The film is also a thinly veiled attack on the vicious and destructive policies of Margaret Thatcher, then 10 years into her dismantling of a society that she claimed did not exist. The thuggery, bullying and outright fascism of Spica, who rides roughshod over all around him to realise his deluded and puny vision, and his arrant dismissal of anyone who contradicts any of his rants or missives, can only recall the Iron Lady. Spica is a man who claims to be refined and has pretensions to class, but behaves like an East End stand over man, and likewise the powdered PM presented an outward, dignified face of calm while she delivered terror and fear on an industrial scale. Thatcher’s gang ran a divisive and poisonous regime intent on restructuring British society and carving it once and for all into their image, and the victims were the workers and lower classes, already disenfranchised but here brutalised by the Tories. The ending is of course a fantasy at the time it was shot, the ‘collective’ serving some revenge to a cornered and isolated ‘king’ (one about to devour a subject) but the writing was on the wall and Thatcher was knifed by her own side of politics only a year later when the iron logic of the numbers forced her to resign. It took Britain decades to redress and recover from the wrenching policies of Thatcher’s reign, but some blighted areas have not and will not ever recover.

The Cook, The Thief, his Wife and Her Lover  is a landmark British film, in many ways an unclassifiable masterpiece, at once an art film, a gangster film and an ode (and cautionary tale) to excess. Greenaway makes great play in connecting food, sex and violence in a surprising artistic nexus, one that subverts and surprises in equal measure. Peter Greenaway had his greatest commercial success with the film, but rather than continue down a relatively mainstream path he merely amped up the art volume with his next epic, the dense and difficult Shakespeare adaptation Prospero’s Books.  Greenaway remains in a class of one as a British filmmaker, as remarkable as a Loach or a Leigh in his own way and an indispensable tone in the tapestry of world cinema. 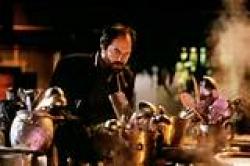 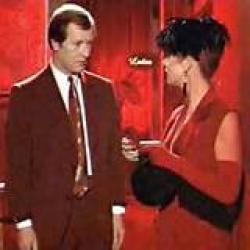 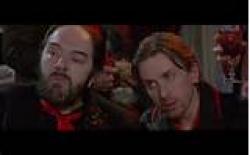 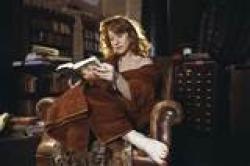 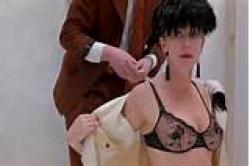 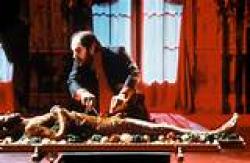