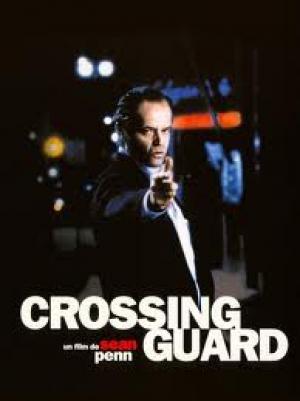 "Grief can't be shared. Everyone carries it alone. His own burden in his own way."
~ Anne Morrow Lindbergh

Sean Penn has occasionally shown himself to be a dab hand at directing when he makes the effort, particularly when directing an actor as talented as Jack Nicholson as he does here, and in the later The Pledge.  Penn mostly writes his own screenplays and is interested in human relationships and the emotional investments we make in them and how they shape our lives. Penn will typically put his protagonist into a situation of great stress, usually to do with a close family member and then explore how they cope, here it's the death of a young child and the ripple effects on those close to the event. Vilmos Zsigmond, veteran cameraman and American Renaissance legend for his work with Robert Altman and Steven Spielberg served as cinematographer and music icon Jack Nitzsche (One Flew Over he Cuckoo's Nest) wrote the atmospheric score. Penn again employed David Morse in one of the lead roles as he had done in his debut feature The Indian Runner.  Penn's then current wife Robin Wright Penn and Nicholson's ex-common law wife Anjelica Huston both had crucial parts as the women involved with the men central to the tragedy.

Mary (Anjelica Huston) is at a victim's group therapy session, dealing with the loss of her daughter Emily, while her ex-husband Freddy (Jack Nicholson) deals with the pain by numbing himself with booze at strip clubs. John Booth (David Morse) is released from prison and met by his parents at the gate. Freddy fronts up to his old home where Mary lives with her new man and their two boys and tells Mary "He's out, I'm gonna kill him".  Freddy gets a gun and tracks down John, he attempts to shoot him but has neglected to load bullets in his anxiety, whereupon John tells him "I wanted to be dead".  John tells Freddy to think it over, and to come back and he'll be still here for him to kill, resigned to what he sees as a just punishment. Freddy tells him he'll be back in 3 days. John meets Jojo (Robin Wright Penn) at a party and immediately has a deep attachment, giving him something to live for, while Freddy gets even more immersed in self destructive behaviour. The time passes and Freddy returns with a loaded gun to kill John.

Penn strips the narrative and the characters back to the essential components only in a dissection on how people deal differently with grief. John's guilt is all consuming and he's struggled with facing up to how his negligent action led to such a wrenching and life wrecking accident. Freddy has become a shell of a man, flailing at all around him, unable to recover the reasonable and stable character he had before, and the only focus he has is to avenge his daughter's death. Mary is piecing her life back together, grieving appropriately and raising her two boys, she's appalled at Freddy's plan and berates him for not having the guts to even visit her grave after he lies about doing so, "What's the inscription on the stone Freddy?",  a question he can't answer. John goes to the gravesite with flowers but can't approach it as Mary is there with her two boys, he later tells Jojo as "someone who has caused so much unhappiness", "How do you carry a thing like that?"  There are no winners in this scenario, only pain and loss and human's struggling to find a coping mechanism that eases the hurt.

Penn shows Freddy as his life spirals out of control, offering a perverse vision of a young girl as a stripper doing 'On The Good Ship Lollypop' and a tender version as a young girl who doesn't betray Freddy to the police when he hides in her room, his kiss on her forehead a bittersweet reminder, and also a symbolic kiss goodbye. John has his share of surreal moments, a group of middle class friends debate art and God, while he battles with the question of wanting to continue living with the burden he must carry forever. Jojo calmly offers her support and affection for John and he realises she represents a shared future that might be bearable. John prepares for Freddy's coming by getting a rifle and imagining the confrontation and when Freddy arrives John gets the drop on him telling him he'd be within his rights to kill an armed intruder.

Penn's great strength is, not surprisingly, his handling of the actors and with a first rate cast the results are superb. Nicholson has one of his best late period roles as the damaged Freddy, and he reminds us yet again that when he plays for keeps he's unmatchable, no caricature or tongue in cheek playing here, just deep investment in a complex character. Morse is wonderful as the lower key but emotionally drained John, his defeated look and understated feeling gives the part great soul and conviction and is a talent too seldom seen on the big screen. The women are very fine in more limited roles and in total it's a convincing and coherent ensemble.

Sean Penn's direction is very straightforward, never showy or clever and is in service of capturing the dimension of the struggles, the way each tries to cope with a situation that represents a nightmare that every parent dreads. He builds the emotional intensity brilliantly and then unexpectedly resolves it in a way that opens the possibility that a crack of daylight  might penetrate a very dark place after all.  Penn may yet turn out to be the great humanist in 21st century American film, as he is well positioned to add to an already impressive legacy, a key feature beng this deeply affecting and fine film.